After news of its imminent release earlier this month, we’re pleased to announce that ZPlay’s latest offering Inner Circle, is now available for iOS systems.

The leading mobile games developer and publisher, established in 2010, have attracted more than 400 million users to date and continue to go from strength to strength. Many titles have garnered top 10 rankings in various major markets.

The insanely addictive fast-paced puzzle title is finally available through the App Store, after a cheeky hint at its imminent release earlier this month. With its aesthetically pleasing format and easy-to-grasp concept, the title knows how to suck you in until you’re officially addicted. 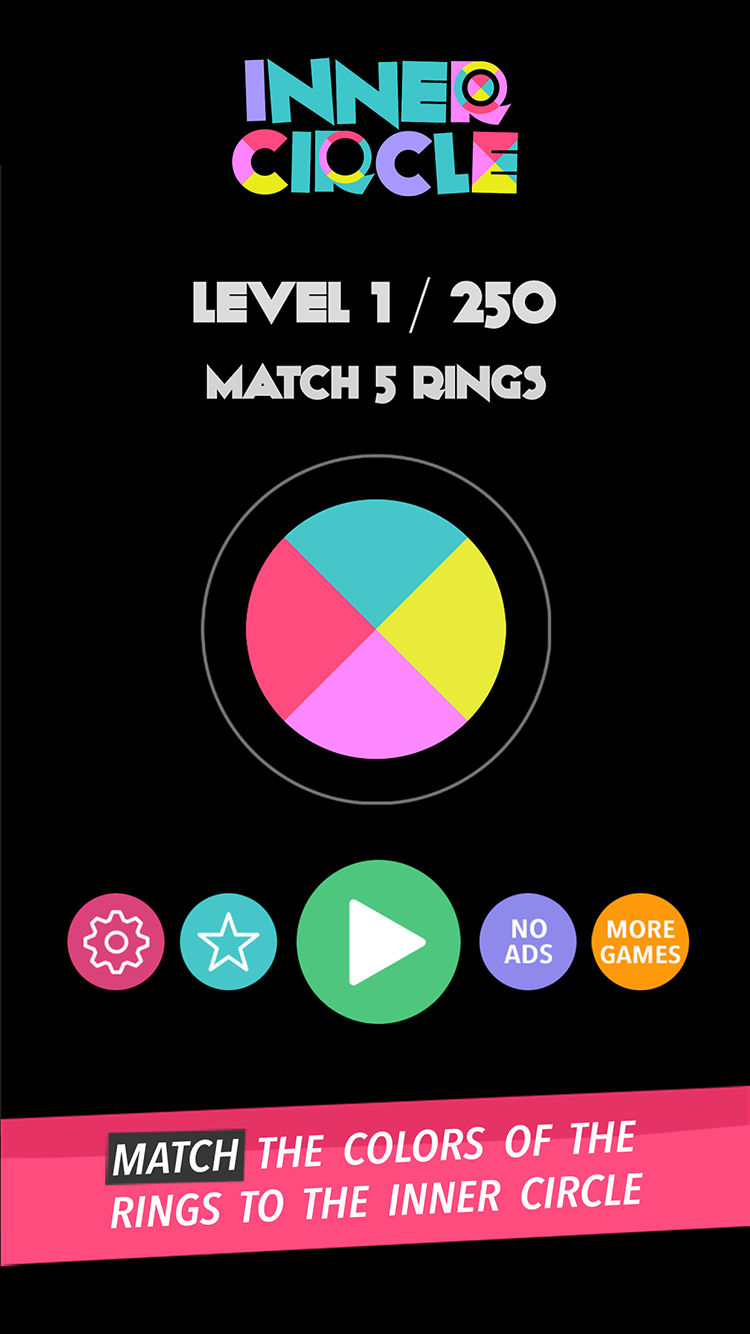 Suitable for a very broad demographic due to its well-rounded concept, Inner Circle opens itself up for mass popularity, and we’re pretty sure it’ll receive just that.

The aim of the game is to line up the outer colour ring with the ‘inner circle’, by tapping the screen and rotating the colours, then swiping to shrink faster to earn more points. The game goes on until the player doesn’t manage to line up the colours correctly by the time the outer circle has joined the inner.

Including an impressive selection of 250 levels for veteran players to really sink their teeth into, the title offers plenty of entertainment for when you’re on the go – even including an Arcade mode in which you can play indefinitely, in its Tetris-esque format.

Other nifty features include a night-mode that works to ensure eyesight is impared by the brightness of the circles in dimmer lighting, by cleverly altering the colourscheme.

Available now from the App Store for iOS devices, we suggest checking this one out.