[Update] Kairosoft goes back to its roots with Pocket Arcade Story, now out on Android and iOS

Update on June 29 at 09:46: Pocket Arcade Story is now also available on iOS.

You could argue that all Kairosoft games look alike but they're still as charming as ever. As far as simulation goes, they're still among the best and most addictive games you could find on mobile.

They've tried different themes though from pirates to trains but maybe the best example of Kairosoft's genius is found in its first release on mobile, Game Dev Story. 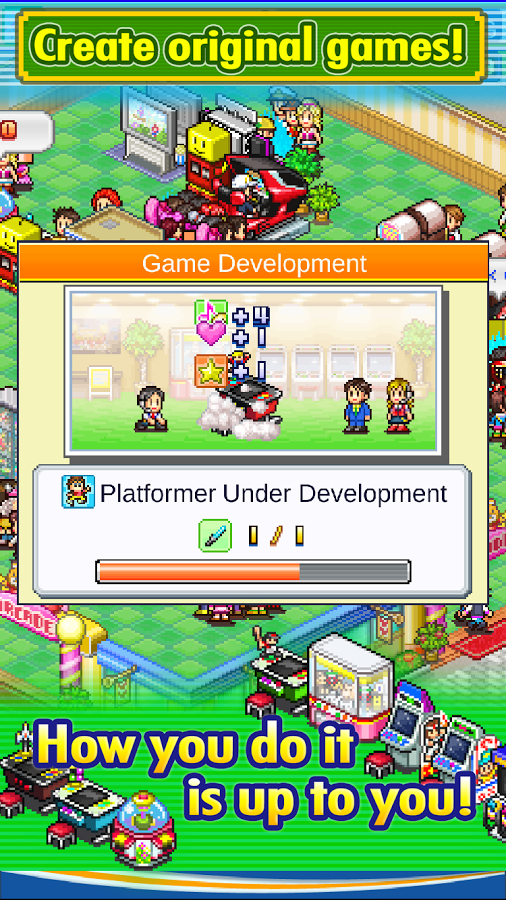 Kairosoft's latest title on Android, Pocket Arcade Story, seems to go in a similar direction. Instead of creating games and platforms, you're managing an arcade center but you'll also have to develop the hardware and software to keep it running.

You'll also be able to organize tournaments and customize your own space.

It's a paid release so hopefully it's a great one. It's available here if you want to try it.

Incredible FMV detective game Her Story finally out on Android, on sale

We played The Legend of Zelda: Breath of the Wild. Here's what you need to know