You don't even need a pen or paper! 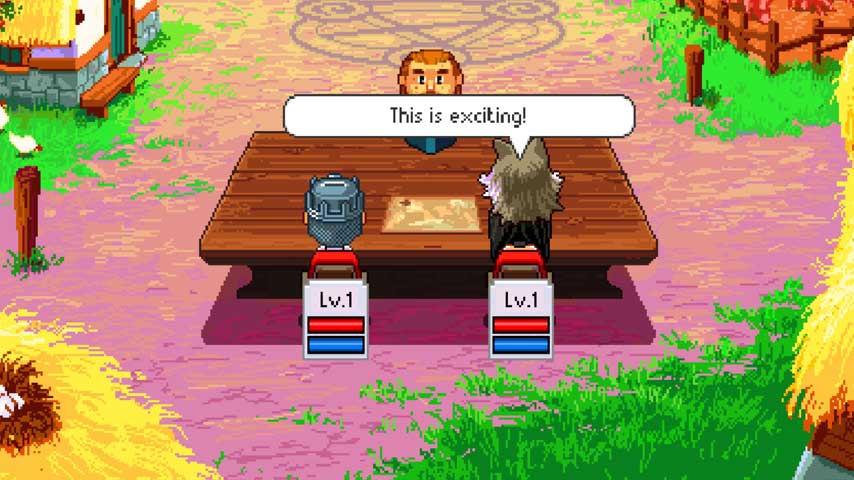 Before it was simplified down to either being a renegade or a paragon, RPGs were die-throwing, imagination-driven tabletop experiences. Something the wonderfully talented team at Paradox Interactive has rekindled with their Knights of Pen & Paper series.

Following the storming success of the original which had over 1 million organic installs, a sequel has now reached mobile which offers a fresh take on turn-based, pixel-art JRPGs.

Knights of Pen & Paper sees you form a group of role-players to fight against hordes of monsters in dynamic dungeon raids, all while collecting shiny treasure and epic armour.

The twist? You can also act as a games master, customising each battle as you see fit.

The idea was to make a game that didn’t take itself too seriously.

Shams Jorjani, VP of Business Development at Paradox Interactive best describes it by saying “Here was a game that poked fun at everything - itself, the devs, us and gamers - coupled with fun & challenging gameplay that also looked and played great on mobile - what more could you ask for?”

With a variety of quirky classes at your disposal: from Lab Rat to Rocker, and tons of campaign quests and side missions, the Knights of Pen & Paper series is a real treat and you can grab both the original on iOS and Android, as well as the critically acclaimed sequel on both platforms.

To celebrate the success of Paradox Interactive's medieval marvels, we’ve got some fantastic prizes to give away!

Want to know more? Of course you do! Here’s how you can bag yourself some sweet loot.

Don’t waste your time skulking around empty chests and hacking away at dusty old cobwebs, follow today, and get the latest news as it happens, basking in all the glorious riches mobile gaming has to offer.

Minecraft Pocket Edition - How to get every achievement (Wizard Guide)

Hands-on with MMX Hill Climb, the Trials-style arcade racer where you make a tank do a backflip

Knights of Pen and Paper 2