Apple has been taking the "two-year" approach for some time now, releasing a new handset design one year and then iterating on it the next.

It's a tactic which has proven to be particularly fruitful for the Cupertino firm, and as dutifully as ever, Samsung has decided to follow suit.

The Galaxy S7 is more like the S6 Mark II - it retains the same basic design but boosts the processing power and brings back trademark Galaxy S features which were annoyingly removed from the 2015 model.

Does this result in a phone which is as commendable as the superb S6, or should Samsung have been bolder with its 2016 flagship? We're going to find out.

Viewed from the front, the S7 is virtually indistinguishable from the S6.

Samsung's decision to build on last year's excellent metal-and-glass aesthetic should be celebrated, as the S6 was easily one of the most gorgeous handsets to come out of the Korean tech giant.

The big change here is that the back of the unit is rounded at the edges, allowing it to sit more comfortably in the palm and reduce the "camera bump" which was one of the few failings of the S6's design. 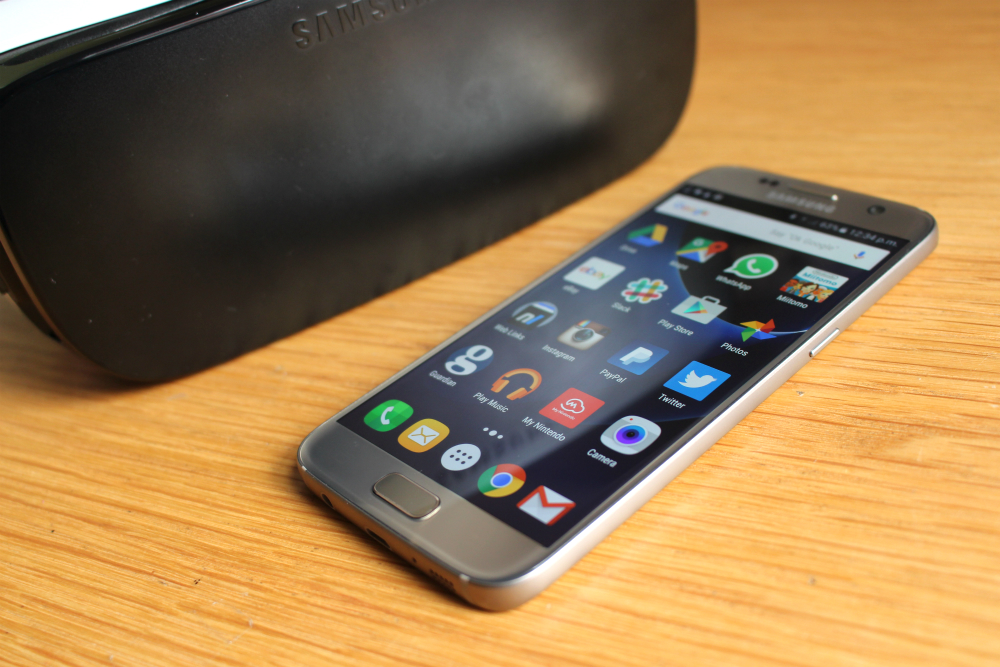 Around the edge of the device you'll find brushed metal, while the back panel is shiny, eye-catching mirrored glass.

In terms of pure looks, it's a stunner - but it's also a fingerprint magnet, and you'll definitely want to get a case to keep it in pristine condition.

Many Galaxy S fans were disappointed that the S6 wasn't waterproof and lacked a Micro SD card slot - these were, after all, elements which had been part of the range for a while and were selling points for some consumers.

Samsung argued that the move to a more "premium" design meant that such features weren't feasible, but if you were being less kind you could suggest that it deliberately held them back to make the S7 seem more impressive.

This phone has IP68 certification and a Micro SD slot on the Nano SIM tray, instantly solving two of its 2015 predecessor's biggest sins.

Sadly, Samsung hasn't chosen to take advantage of Android's new "adopted storage" feature where Mircro SD cards can be treated as internal memory - instead, you get the old-fashioned option of moving content to the card so it can be be hot-swapped at will.

It's a move which will please those who are plugging in a card from an existing phone, but means you don't get the full benefit of Android's new storage framework. 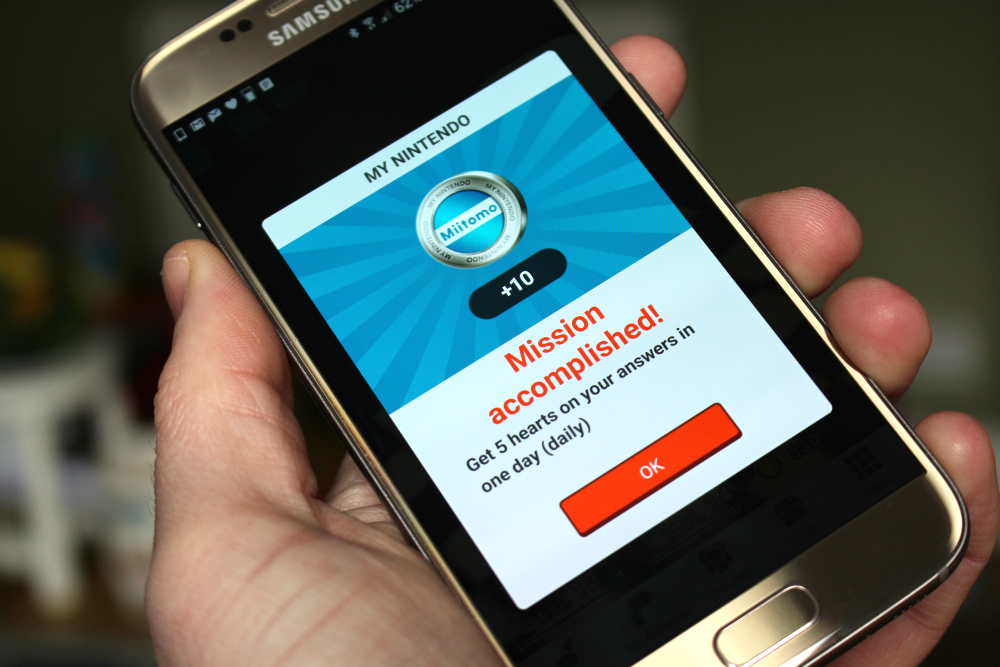 Android 6.0 ships as standard, which means the S7 is - for the time being, at least - at the forefront of Google's mobile OS.

It doesn't look a whole lot different to the software which launched on the S6 last year, but under the bonnet you'll find granular app permissions and the new-fangled "Doze" function, which basically saves more battery when the handset is dormant for long periods of time.

The fingerprint scanner can now be used to verify purchases on the Google Play, and - when coupled with either Samsung Pay or Google Pay (both of which are coming to the UK soon) - will enable you to make contactless payments at retailers which support it.

Despite the lack of USB Type-C, the S7 charges incredibly quickly and also has wireless charging built in - but you'll have to invest in a compatible charger for that.

Samsung has resisted the urge to boost the S7's screen resolution and has stuck with the same 1440 x 2560 Super AMOLED panel which we saw in the S6.

The quality is tremendous, with excellent sharpness, bold colours and deep blacks, but we did notice on our review unit that there's a barely noticeable pink tint at the bottom of the screen - this is apparently a common issue with AMOLED displays.

Because black pixels are turned off on these panels, the S7's new "always on" screen doesn't consume much battery, and is useful because it shows the time and date without you having to switch on the entire screen. If you find it a little distracting then you can disable it, but we quite liked it. 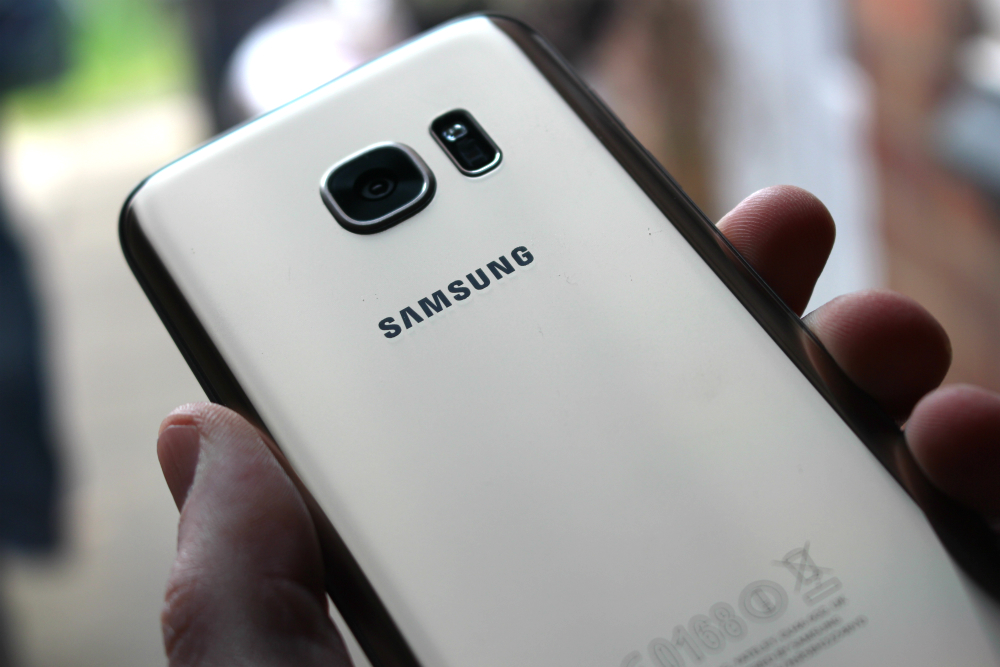 While rivals like HTC and Sony have opted for stereo speakers on their phones, Samsung has retained the mono speaker seen on the S6.

It's loud enough when you're watching a movie but when the phone's in your pocket and you're in a busy environment, it's difficult to hear notification sounds and ringtones.

The speaker is also a little weedy and lacks bass, but we've certainly heard worse. Plug in a pair of headphones and the aural experience is pretty much flawless.

Thanks to the inclusion of Samsung's own Exynos 8890 chipset (only in the European models of the phone, everyone else gets the Snapdragon 820), the S7 isn't short on raw processing power.

It offers performance which is similar to Qualcomm's new 820, and aided by a whopping 4GB of RAM handles multitasking with ease. It's also worth noting that the S7 suffers from none of the performance issues which plagued the S6 at launch, and were quickly solved by a firmware update.

Straight out of the gate, this phone is a fearsome beast - and when it comes to gaming, there are few phones on the market which can match it. 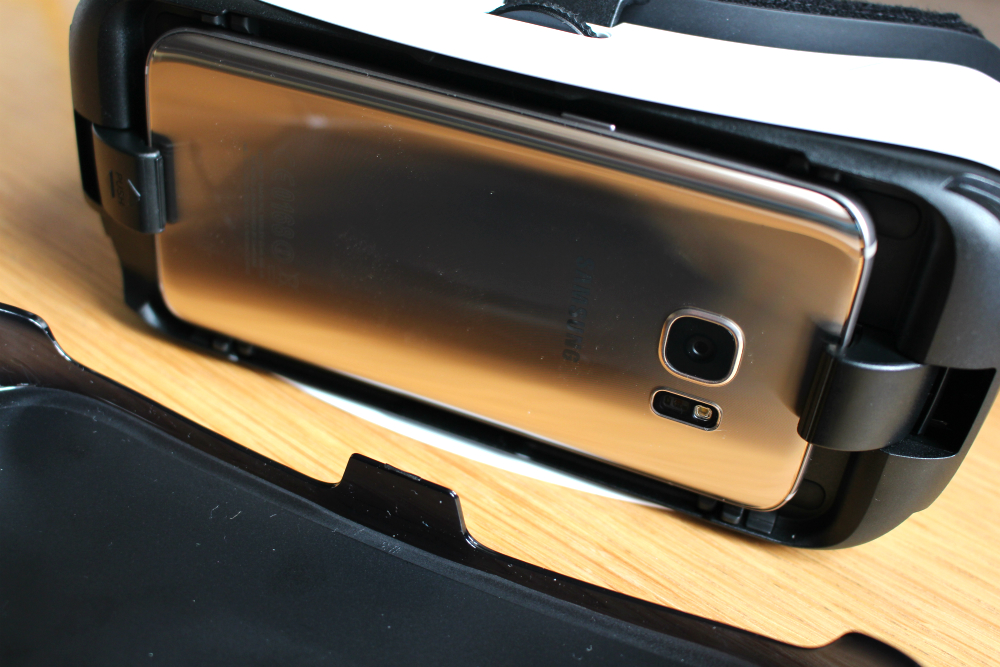 However, mobile games are just one aspect of the S7's entertainment package. The phone supports Samsung's Gear VR headset, which was designed in conjunction with Oculus VR and offers perhaps the cheapest route into Virtual Reality outside of Google's interesting but flawed "Cardboard" project.

Gear VR has an additional inertial measurement unit which offers incredible accuracy, and backed by the Oculus VR app, delivers a truly amazing immersive experience which is totally free from wires.

That's a key consideration when you take into account that some VR games - such as UsTwo's impeccable Land's End - require you to turn a full 180 degrees.

While the visual clout of the games available on Gear VR is noticeably less impressive than what we're seeing on HTC Vive, Oculus Rift and PlayStation VR, the unit is much cheaper (not including the cost of your handset, of course) and much more portable - good luck taking your shiny new Vive out of the house.

The camera on the S7 is - on paper, at least - a step backwards from last year. The 12 megapixel sensor is a drop down from the 16 megapixel one seen on the S6, but Samsung has made the pixels larger so they let in more light.

As a consequence, the low-light shooting prowess of this phone is stunning, and thanks to dual pixel autofocus is capable of focusing in record time.

It's effortlessly the best mobile phone camera we've ever used, and compared to the risible effort seen on the Nexus 5X, it's in a totally different league.

Improving on the Galaxy S6 was never going to be easy, but Samsung has done just that. The power boost is noticeable and the inclusion of IP68 certification and expandable memory will please long-time Galaxy S fans.

The design has been subtly altered rather than totally overhauled, and with good reason - this is a gorgeous-looking handset. Fast and wireless charging are also worth a mention, as once you get used to them you'll struggle to go back to any phone which lacks them.

The camera is also improved, offering the fastest focus time we've seen on any mobile phone and performing brilliantly in darkened settings. Finally, Android 6.0 out of the box means that Samsung's phone is at the vanguard in terms of pure software, too. 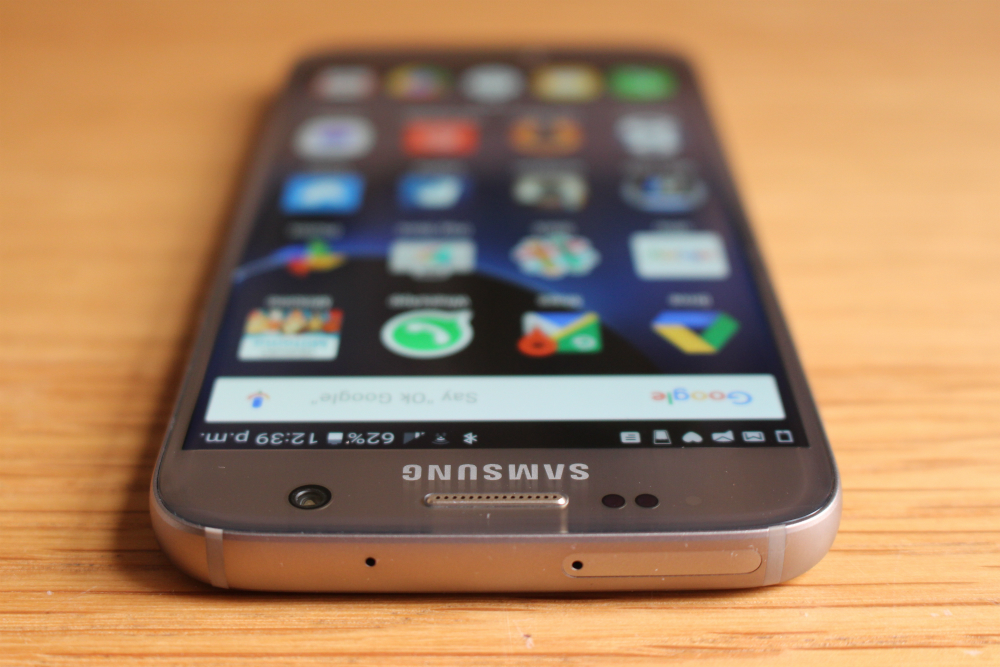 What's perhaps most exciting from a gamer's perspective is the Galaxy S7's support for the Gear VR headset. Samsung launched this device at the end of last year but the renewed focus on VR in 2016 should hopefully ensure it gets a little more exposure.

It's currently the cheapest way of seriously getting into Virtual Reality and in the US, Samsung even went as far as to offer free units to those who purchased the S7 and its sibling, the S7 Edge.

However, this is essentially the top-of-the-line Android device at this moment in time, and is surely the phone to beat in 2016.

Thanks to Mobile Fun for supplying the Samsung Galaxy S7 used in this review.

The Galaxy S7 improves on the S6 in meaningful ways and offers a stepping stone into the world of Virtual Reality thanks to Gear VR. It's the best Android phone you can buy, basically
By Damien McFerran
| Apr 11, 2016 |
Android