Take the Micky & Friends level. It might look like the regular Crossy Road, but notice how the cars and trains hyperactively bop back and forth like Mickey himself.

And you can unlock everyone from Donald Duck to Willie the Giant to use as a playable character. And we'll explain what they do, below.

Also, we'll tell you how to unlock Mickey's hidden characters. 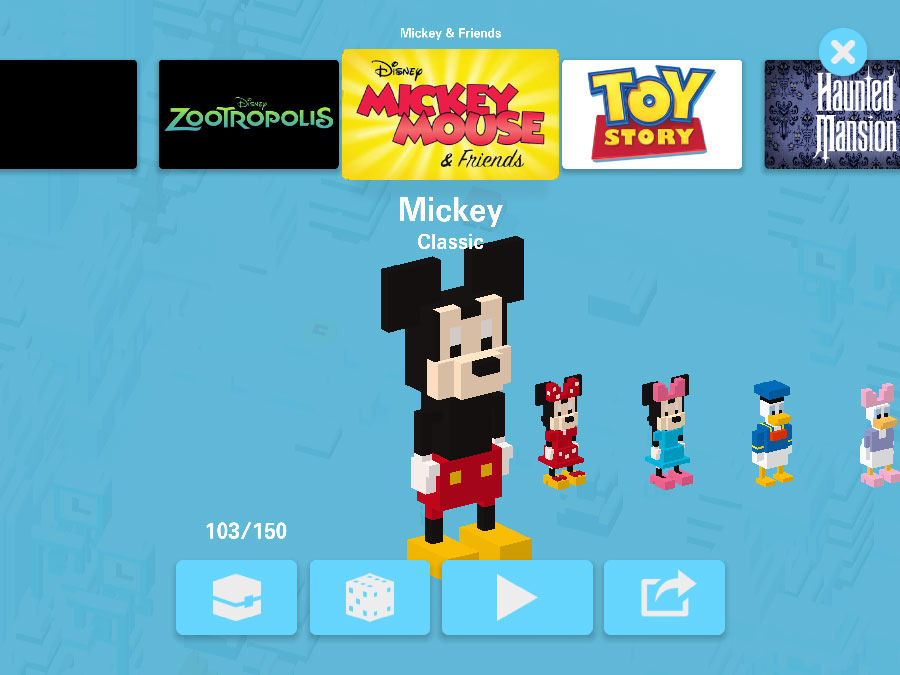 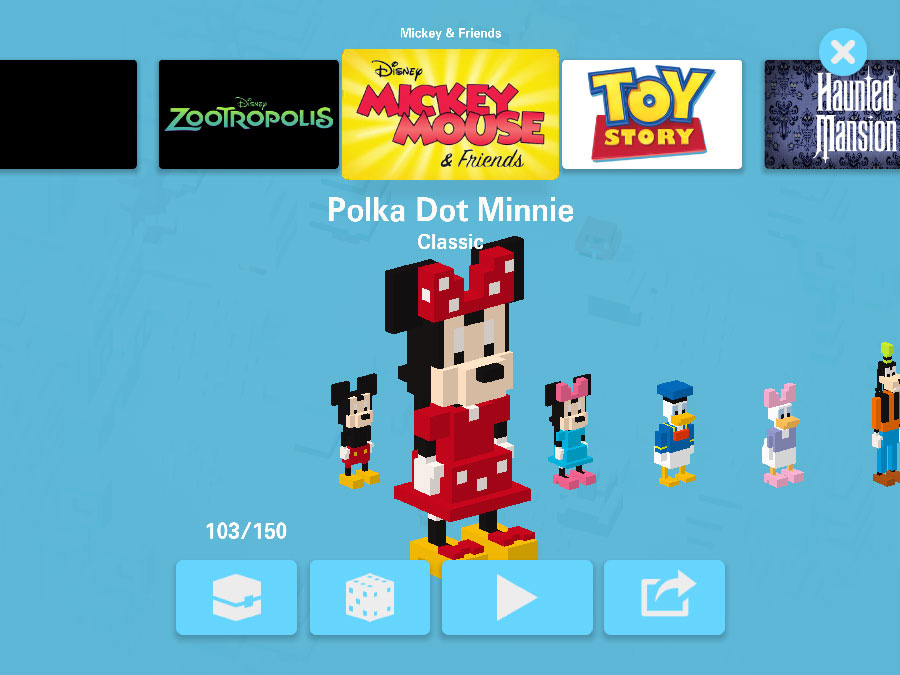 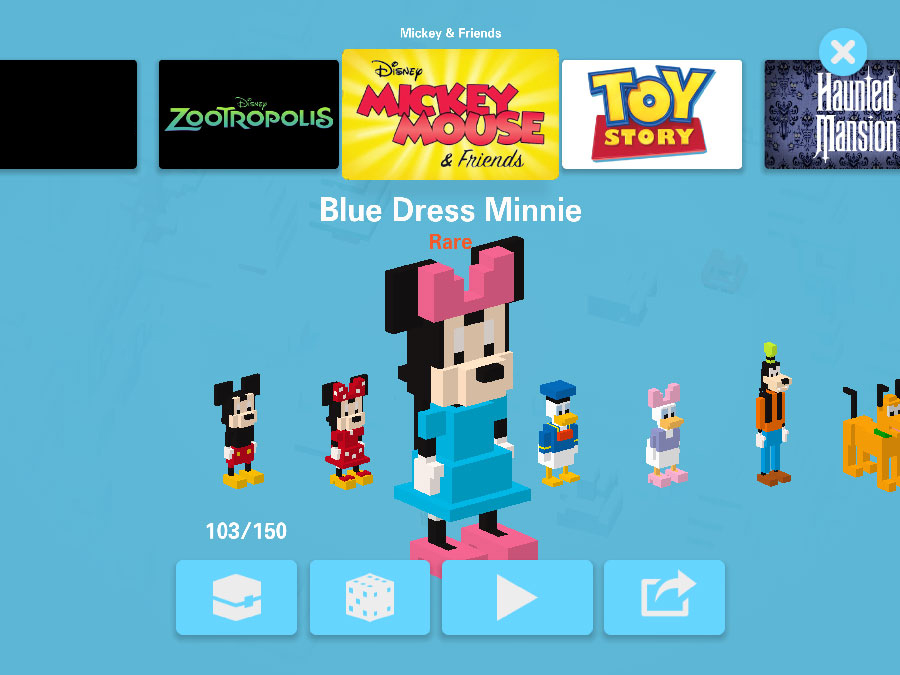 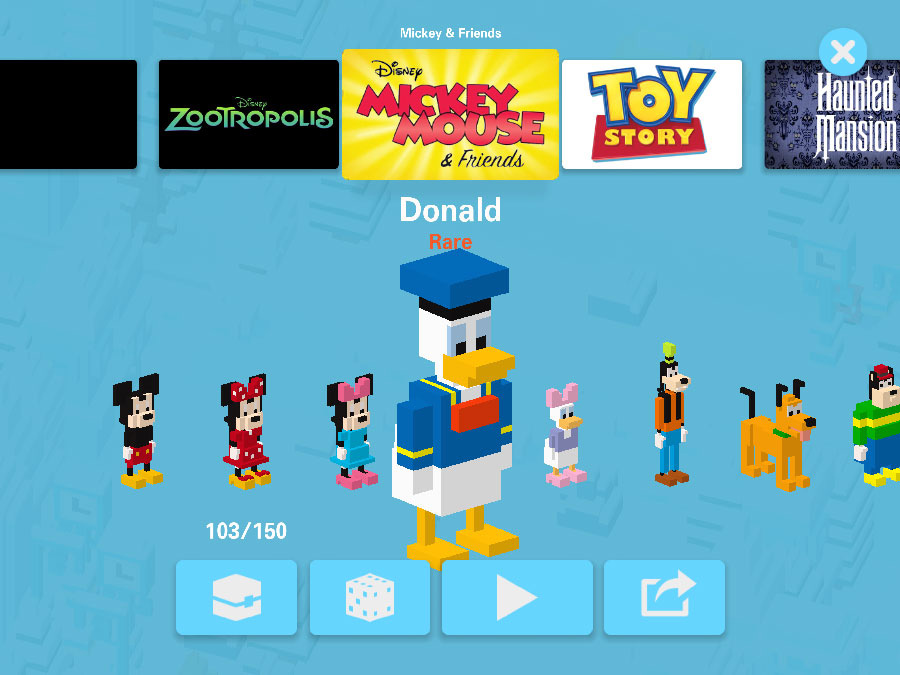 Some of the cars are replaced by Donald's nephews, Huey, Dewey, and Louie, in their own coloured cars. 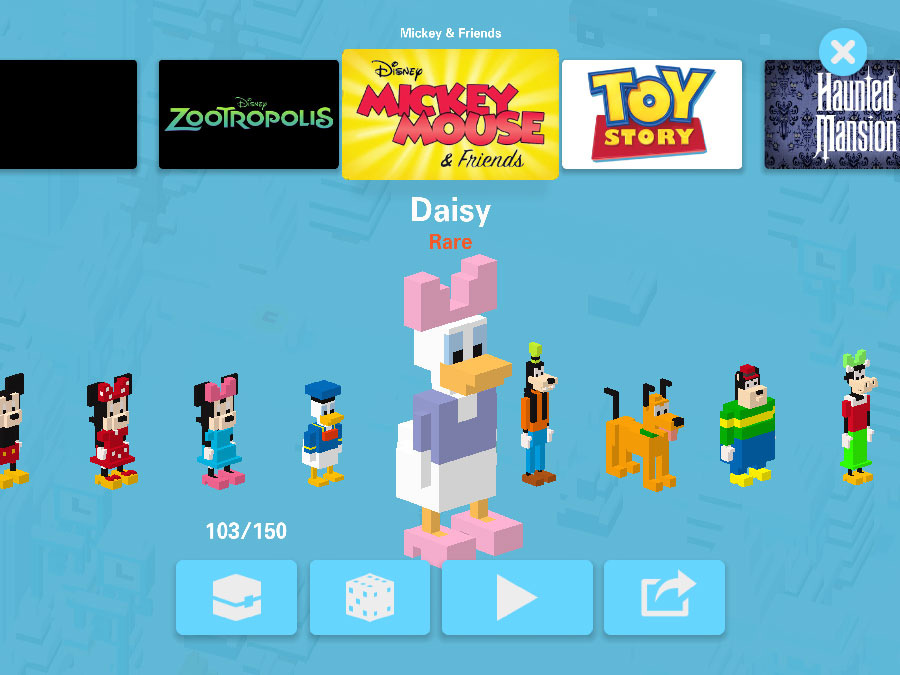 Some of the cars are replaced with limos that take paparazzi snaps of Daisy when she gets near. 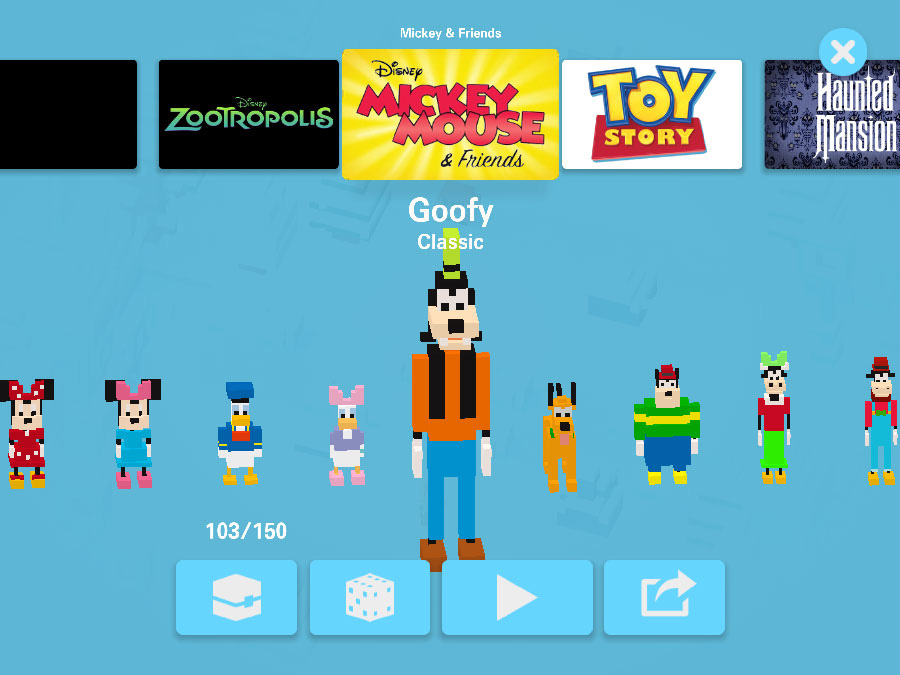 Goofy will dip a fishing rod in the river if you stop him near water. 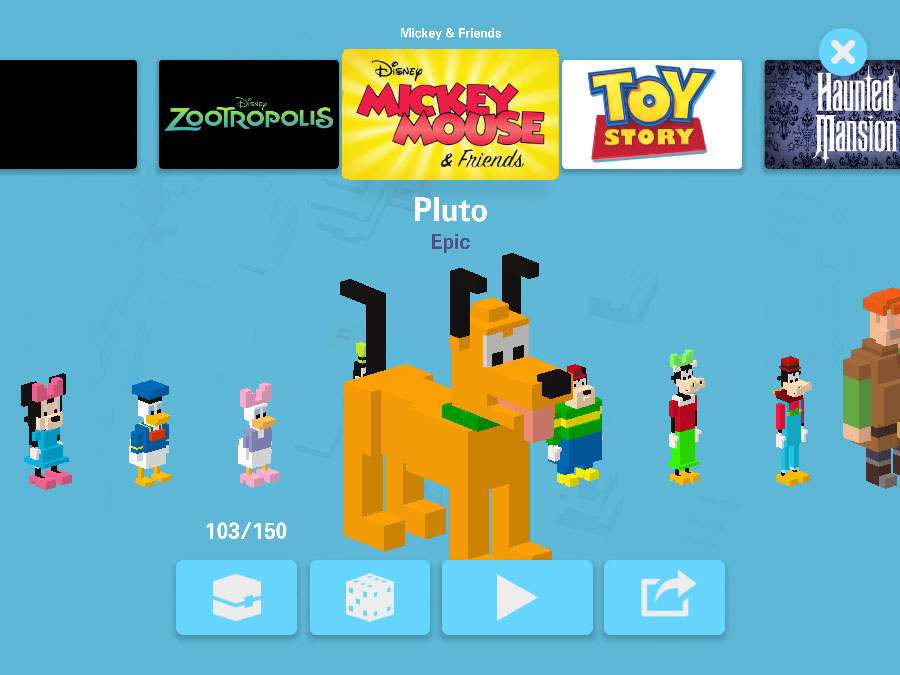 The roadside is littered with bones that Pluto can munch on. 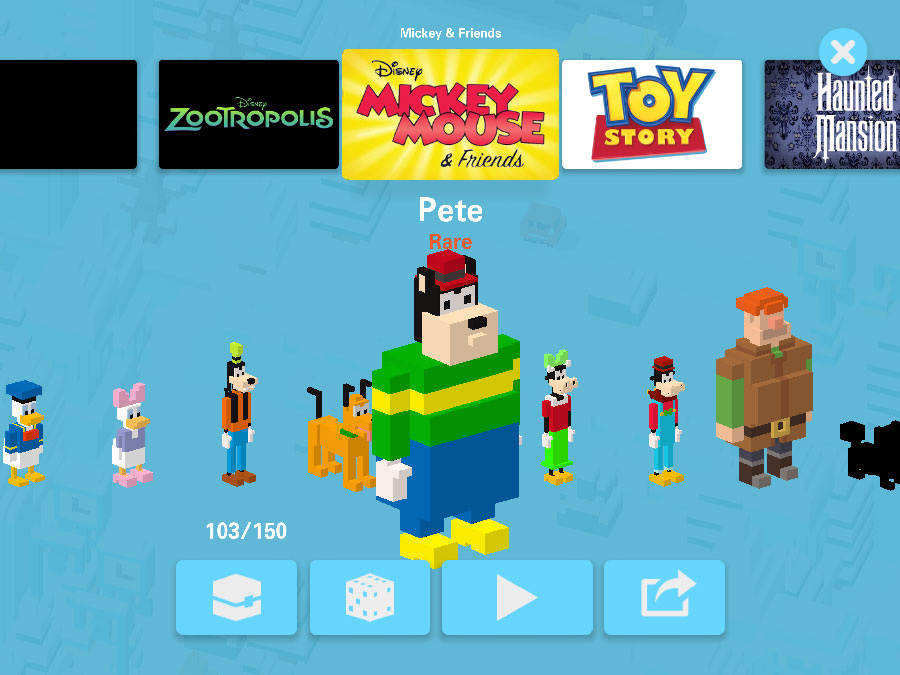 Pete carries a watering can that spills drops of water behind him, and sometimes makes flowers grow. 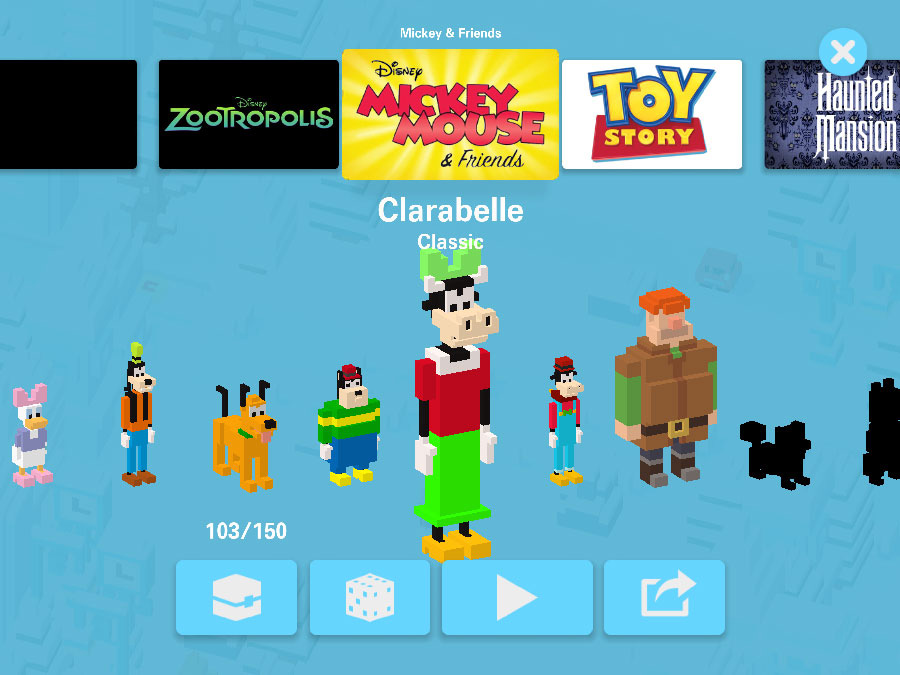 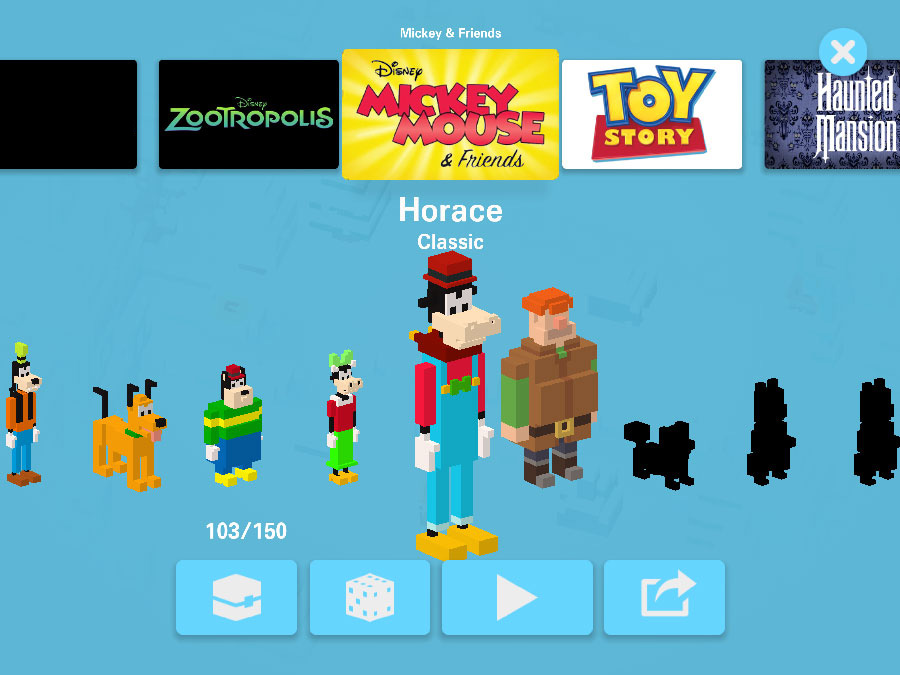 Some of the cars are replaced by bizarre black smoke trails. 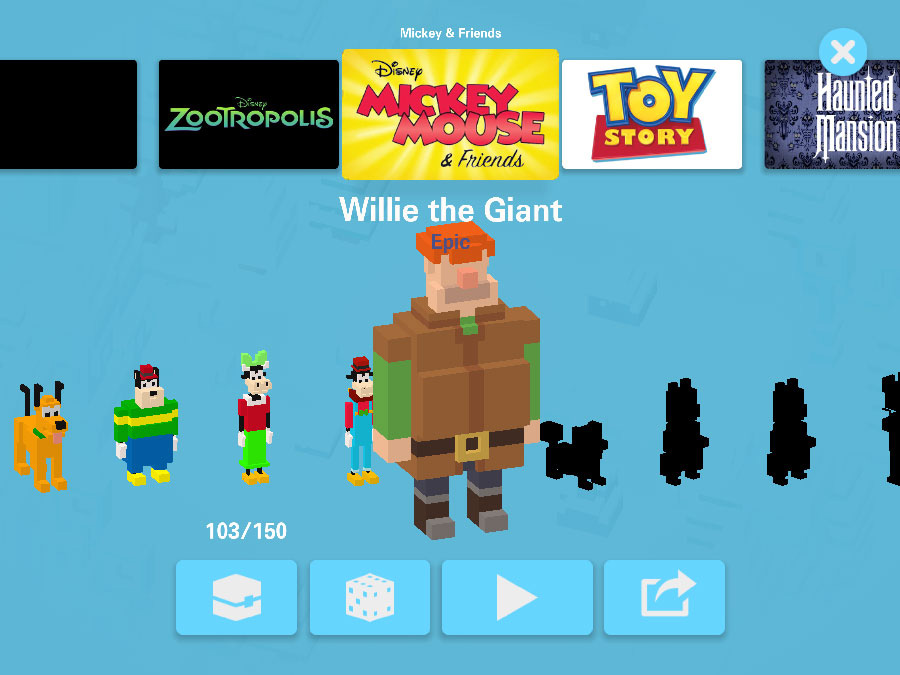 The screen shakes and shudders under the weight of Willie's massive jump. 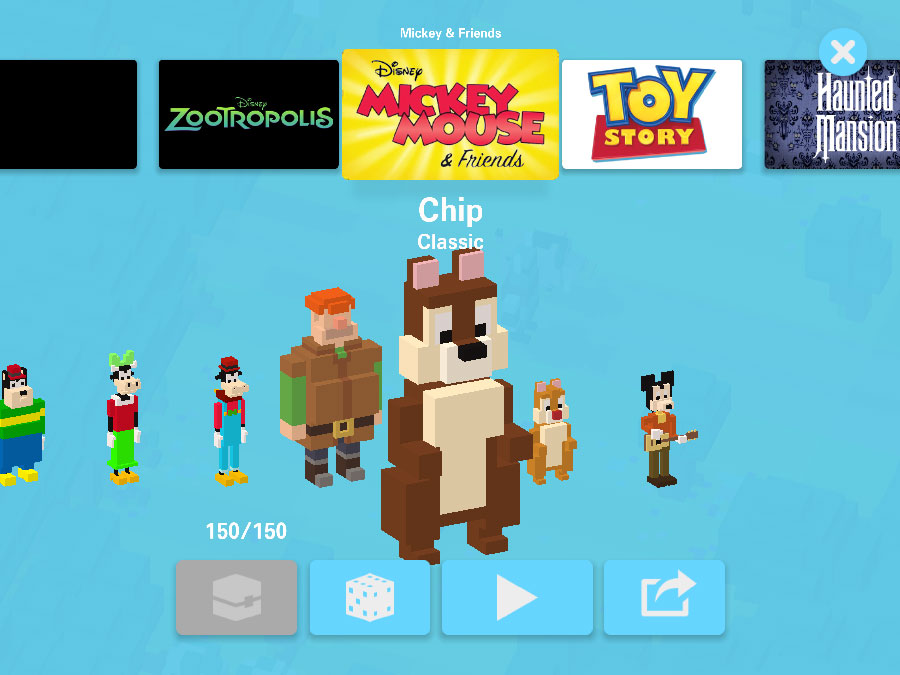 How to unlock: Complete the "Crazy Critters" set to get this character. This likely includes Dale and Gargoyle. But it could involve others, including those from other Disney franchises. 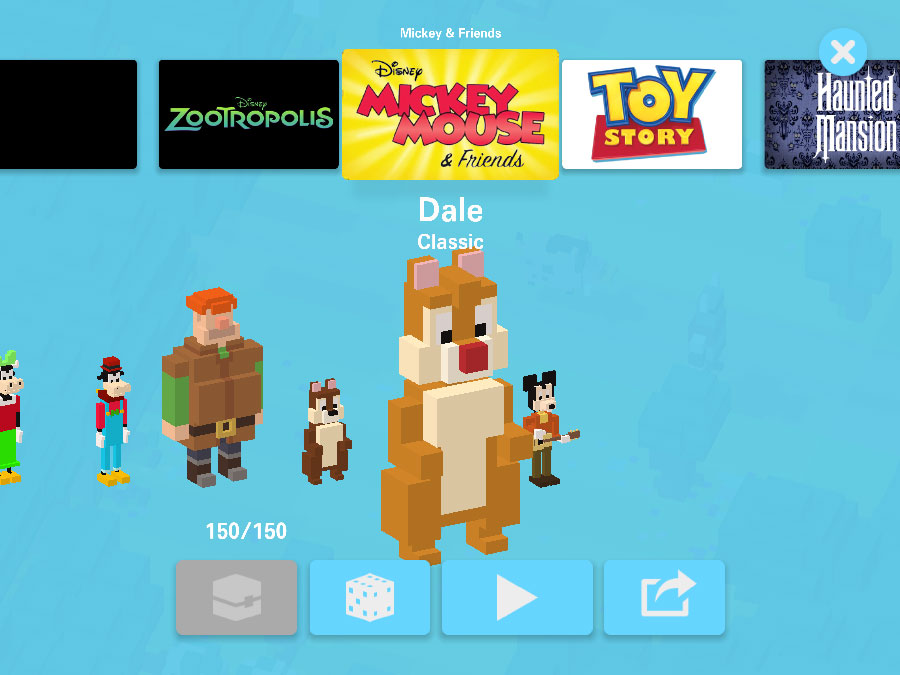 How to unlock: Complete the "Fab 5" set to get this character. This likely includes Mickey, Polka Dot Minnie, Donald, Goofy, and Pluto. But it could involve others, including those from other Disney franchises. 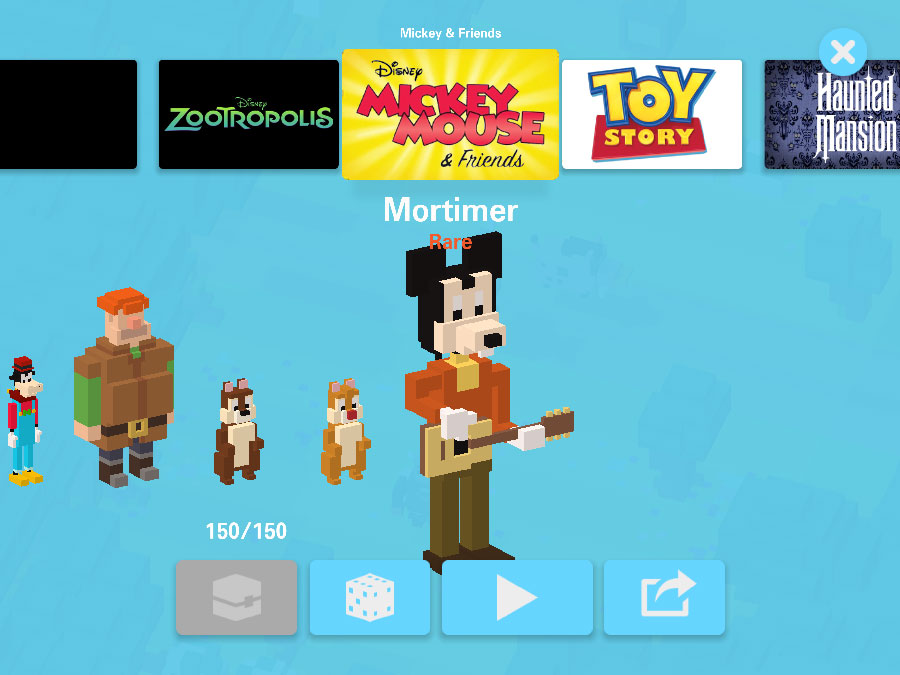 How to unlock: While playing as Mickey, keep hopping forward until you come to a clearing, where Mortimer is playing his banjo. You will unlock this character when you next die. 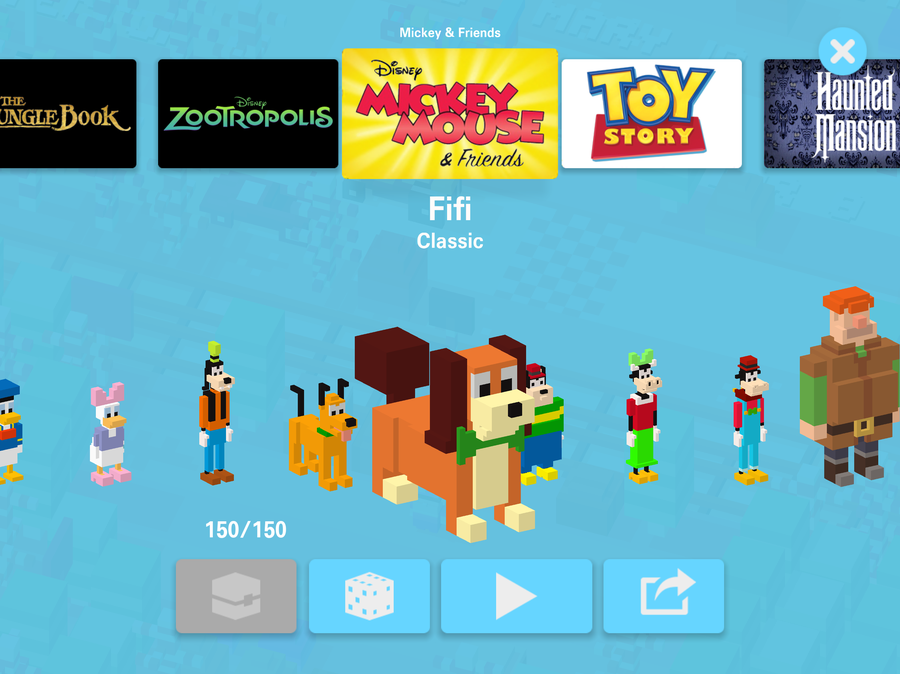 Collect 50 bones while playing as Pluto to unlock this character. Make sure you've updated Disney Crossy Road to the latest version (you should have the Jungle Book set).