Job Simulator - Working has never been this much fun

Job Simulator is everything a VR experience should be. It's immersive, funny, encourages exploration, and most importantly, it's enjoyable to play.

Not only that, but it's going to be available on HTC Vive, Oculus Rift, and even Playstation VR. In fact, it was the PSVR build that I was given the opportunity to jump into at this year's GDC. 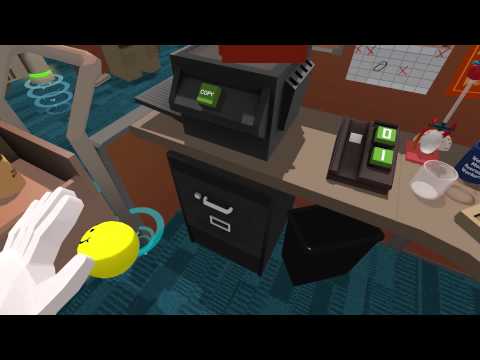 At a skin deep level calling the name Job Simulator makes it sound like the worst sort of virtual reality experience possible. I mean who wants to continue working in their free time?

However, the title is simply the beginning of the tongue in cheek humour that had me smiling and laughing throughout my hands-on.

Set in 2050, robots have now taken control of all human jobs. However, some people would still like to experience what it would have been like to actually "work", and that's where Job Simulator comes in.

You see, this game is actually set in a museum that offers humans the chance to see what it was like to actually have to earn a living.

However, as is normal with history, not only have many details been lost over time, but some have even been completely misunderstood.

It's a unique story that not only draws you in, but even gives justification to the crazy antics you're asked to perform as part of your virtual job.

So what job did I get given in my hands-on? Well, rather fittingly I was given one of the more tedious roles, in the form of office work.

Sounds thrilling doesn't it? Well actually, it really was.

Rather than completing a real day in the office, I was tasked with playing through what could only be described as a comical parody of a mundane day at work.

As such, I was placed inside my own work cubicle, which had been fitted with my own computer and motivational poster, just like something out of the 1999 comedy movie Office Space.

So what was my first task? Emails maybe? Nope, it was having a coffee and eating some donuts.

In fact, over the course of my numerous VR hands-ons, I can honestly say there's no feeling quite like that of eating a virtual donut.

This coffee break was then followed up with tasks such as, deleting all of my "pointless and archaic" emails, firing some fellow robotic employees as a part of cost-cutting measures, and passing some time chatting at the water cooler.

All of which was narrated by JobBot, my pleasant yet humorously obnoxious robotic manager.

However, simply going through the main tasks does my hands-on with Job Simulator a great injustice.

That's because, whilst the main aim is understandably working through the future's vision of an "average" day at work, there was a lot more to see and do.

In fact, Owlchemy Labs have seemingly designed Job Simulator with encouraging this desire to explore at the heart of the game.

For example, at one point my other fellow robotic workers were throwing paper airplanes at me, which I happily picked up and threw back.

This ease of manipulation and control is certainly one of Job Simulator's big strength, and certainly helps to encourage the player to explore.

What's more I found that it was only helped by the PlayStation Move controllers which certainly helped my immersion.

Yes the PlayStation move controllers may have been created for an entirely other purpose, but I found them to be both comfortable and easy to use. Even if they're not intuitive as the Oculus Touch controllers that were specifically made with virtual reality in mind.

Either way though, they caused me no issues and I was happily eating donuts and throwing virtual cups of coffee over JobBot with ease. 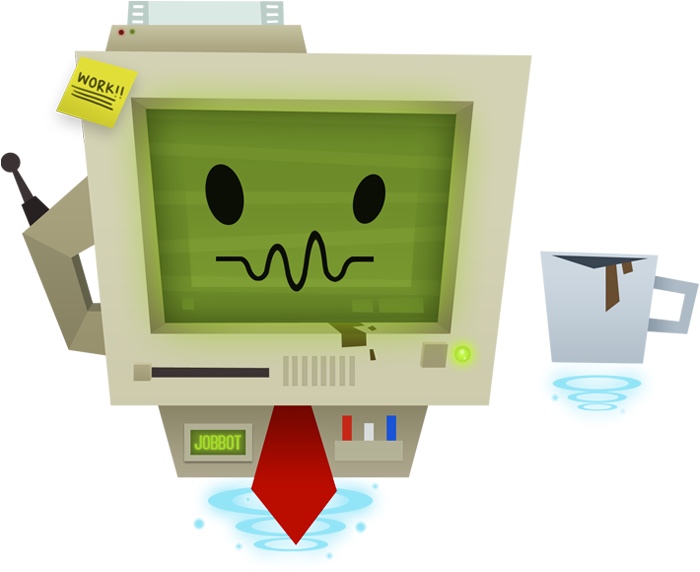 All in all Job Simulator is something of a difficult game to categorise.

Some may see it as an "experience", however it's actually a bizarre mix of simulation, exploration and puzzle solving, all of which is set against the backdrop of a high amount of comedy and satire.

It also has a lot to see and do, and whilst a range of jobs aside from office work will be offered in the full version, I imagine that even if I was placed back in the office, I'd probably find a lot that I I missed this time round.

The game may not be realistic, but it’s all the better for it.

In fact, it's a far more engaging experience because of this, and it's definitely one that you'll want to jump into and enjoy for yourself.

My 10 best games of the past 10 years - David McCarthy