And so it comes to an end.

For weeks we've been counting down the best mobile games of all time, from antiques like Snake and Breakout, to Java favourites like Tower Bloxx, to App Store legends like Crossy Road.

But it's time to crown the best of the best - the ten greatest mobile games of all time.

These games have surprised, enchanted, and engrossed us. They've stolen precious seconds here and there, or kept us rapt for hours at a time. And they work perfectly on the device - they don't feel like they've been squished to fit our phones.

But these games prove that anyone who paints all mobile games with the same brush simply isn't looking hard enough. 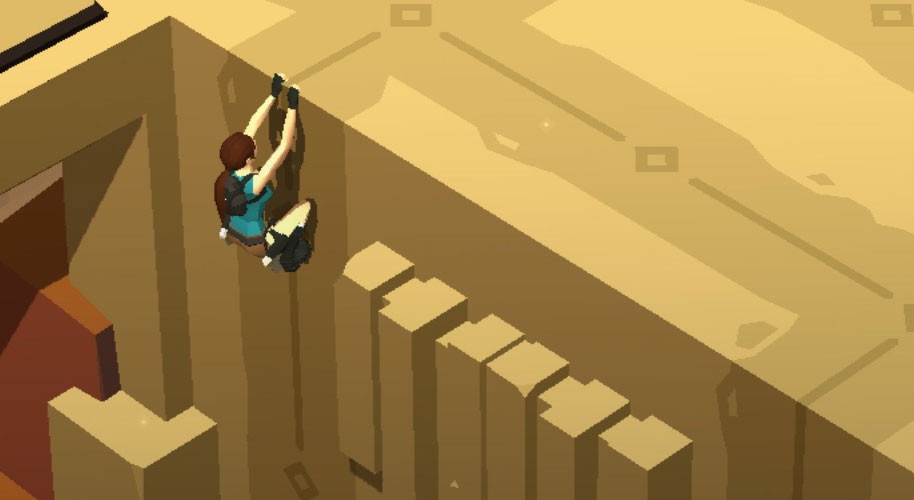 Lara Croft GO expertly combines the trial-and-error boardgame puzzling of Hitman GO with the beauty and sense of adventure of Monument Valley. That creates one heck of a mobile game.

You play as Lara Croft, of course, and make your way through a bunch of levels as you pull boxes, throw spears at snakes, and shimmy along walls - all in the name of puzzle solving.

There are a few references to the original games, like Lara's trademark dual pistols, gravity-defying handstand pull up, and various costumes. The menu also emulates that of the original.

If you're a fan of puzzlers, aesthetically-pleasing visuals, or Tomb Raider in general, you owe it to yourself to check out Lara Croft GO. - Glen Fox 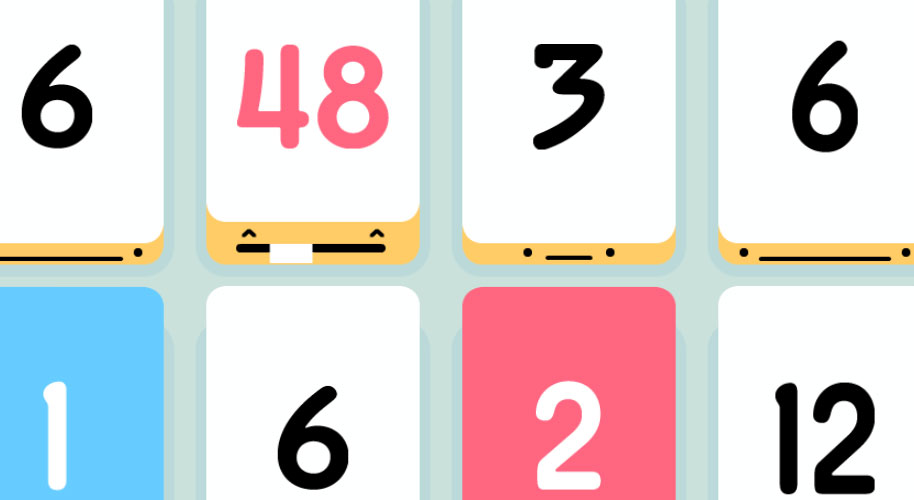 I sometimes see little numbered tiles in my sleep. Those chubby white, blue, and red tiles with smiling faces and enormous numbers and cheeky voices.

And that's because I've spent longer than I care to admit caught in the compulsive grip of this devilishly well designed puzzle game.

I spent hours thinking several moves ahead (only to be scuppered by the cruel hand of fate) as I try to shift these tiles around the claustrophobic board. Coming up with strategies and ways to improve my score.

And then there's that moment when you snap together two tiles you've never combined before. Two massive numbers that are about to make a number bigger than anything you've seen in the game.

God, it's like fusing atoms together. Electric stuff. - Mark Brown 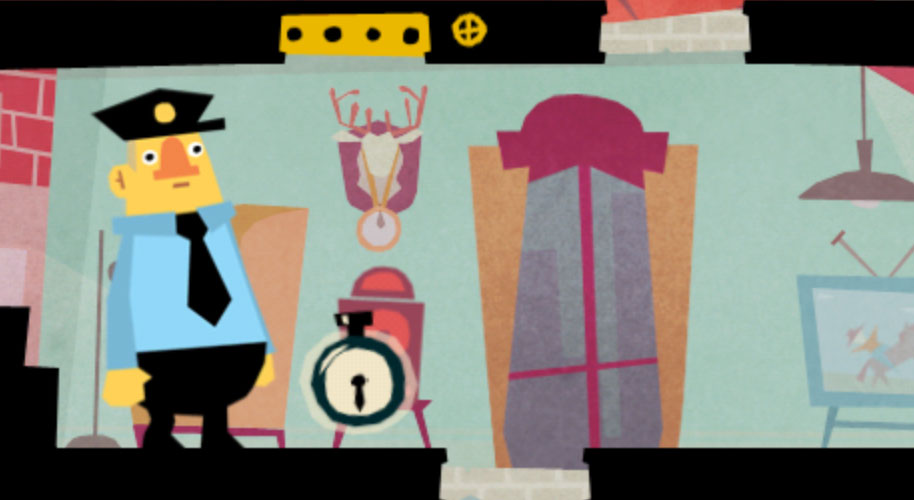 Ah, here we are. Beat Sneak Bandit. The moment in mobile gaming when I said out loud "this is what I was looking for".

Made by the incredibly talented people over at Simogo, it's a unique stealth-based rhythm game.

You play as a thief who needs to collect clocks while walking with the rhythm of the song that’s playing. You’ll have to study the pattern of the guards and open various doors to get a perfect rating.

It even features some boss battles that uses the concept to its fullest. I’ve never played a game so unique, so well designed and so built for touch devices than Beat Sneak Bandit.

Years after, it’s still on my iPad and that's quite an achievement. - Clément Renaudin 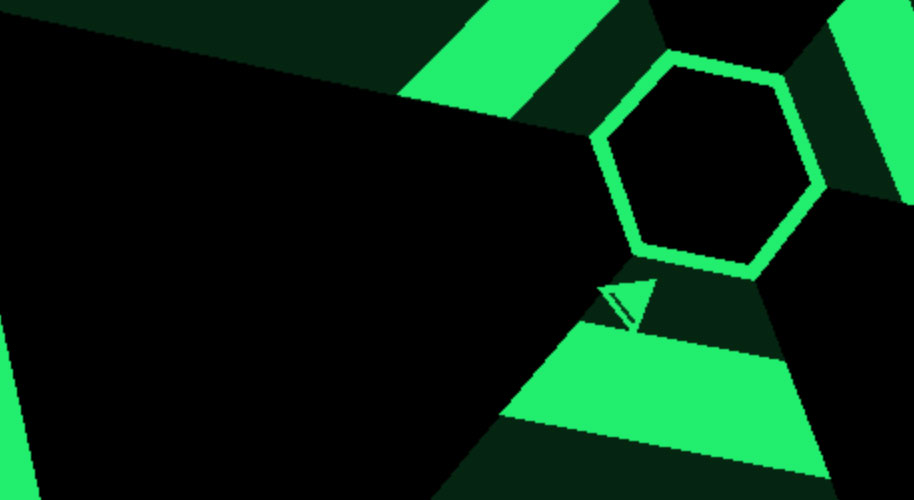 It's not just the bold vector art and crunching chiptune soundtrack that hark back to a simpler time, before multiple virtual currencies and energy timers turned games into gaudy, interactive ISAs.

No, Terry Cavanagh's psychedelic game of avoidance boils everything down to the bare essentials. Spin your triangle left or right. Dodge the incoming walls. Don't die.

But you will die, over and over, often within seconds. Then you'll hit start and have another go. Soon, you're hitting the restart button automatically, chaining failure to success to failure in one glorious, stressful, heart thumping combo of dexterity and adrenaline.

Finally you hit the 60 second mark. You win. You breathe out. You transcend. Then you notice the other eight difficulty modes. And you puff out your chest. And you press start again. - James Gilmour 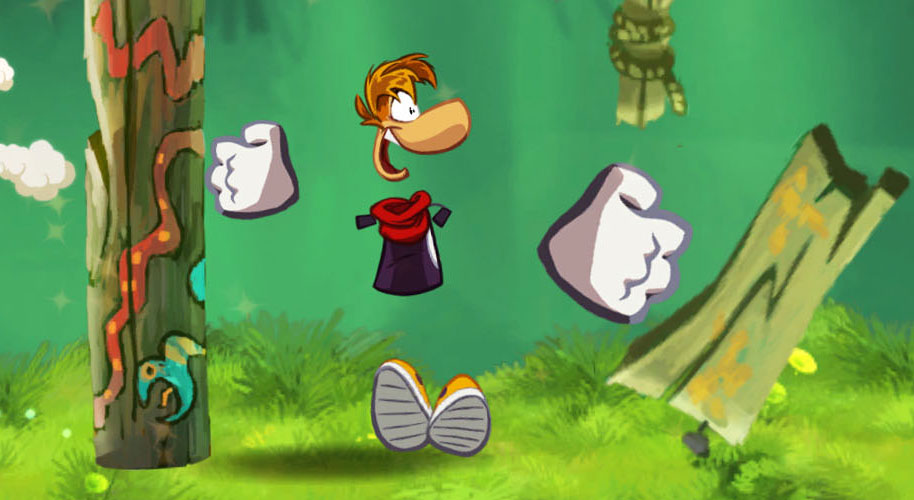 Rayman Jungle Run is the best mobile platformer ever. It's just that good.

It's an autorunner, which solves the problem of screen-flooding virtual controls, and focuses on precision and speed rather than the hardcore difficulty and plodding place of the original 2D Rayman. And that's a good thing.

What we get instead is a tight and super fast mobile friendly platformer that rewards replayability - and you'll actually want to to get your fastest time while finding all of the collectable Lums.

The level design is also incredibly smart. You'll get a serious kick out of combining speed with precise leaps, glides, and punches to carve the perfect path through them all. - Glen Fox 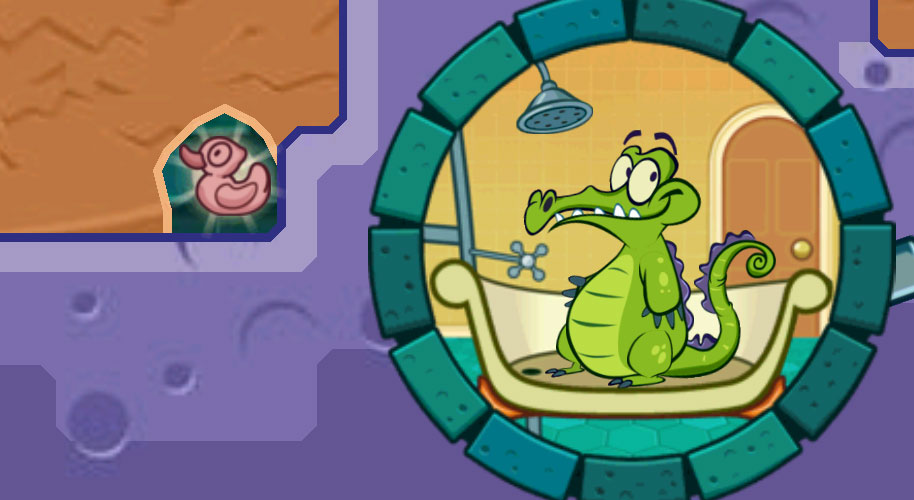 Yeah. Disney's bonkers crocodile-themed dirt digger is better than Angry Birds and Cut the Rope. Deal with it.

Ripping through mud with your finger just feels good and works wonderfully on touch. And trying to manipulate the path of a sloshing great body of water is both effortless to grasp, and maddening to achieve.

But Water's greatest achievement is the game's relentless march of innovation.

You start with just dirt and water but you'll soon add doors and poison and algae and fire and ice and pipes and taps and balloons and, well, more ideas than you can shake a stick at. - Mark Brown 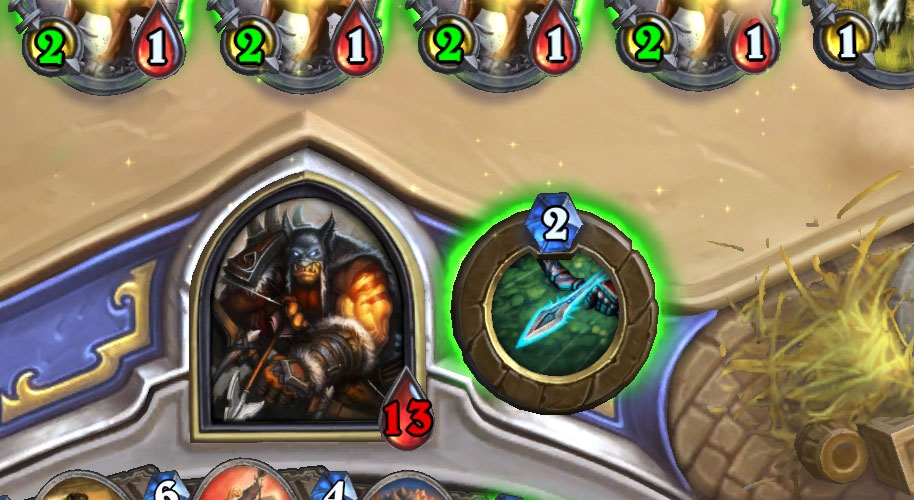 There’s literally nothing not to love about Hearthstone.

It’s free, and its profit model is scrupulously fair. The already huge variety on offer gets regular updates and expansions so it never gets old. The game is an effortless blend of strategy, tactics and raw excitement.

If your attitude to strategy game is anything above blind hatred, you should try it. At which point you’ll probably be hooked and never stop which is, perhaps, a small downside.

Blizzard didn’t just build the world’s best mobile collectible card game in Hearthstone. It took the format and made it better in every conceivable way. The whole package is easier, smoother, more varied, and more fun and the developer looks to be supporting it for the long haul.

Look, what are you waiting here for? Just go and play it now. - Matt Thrower 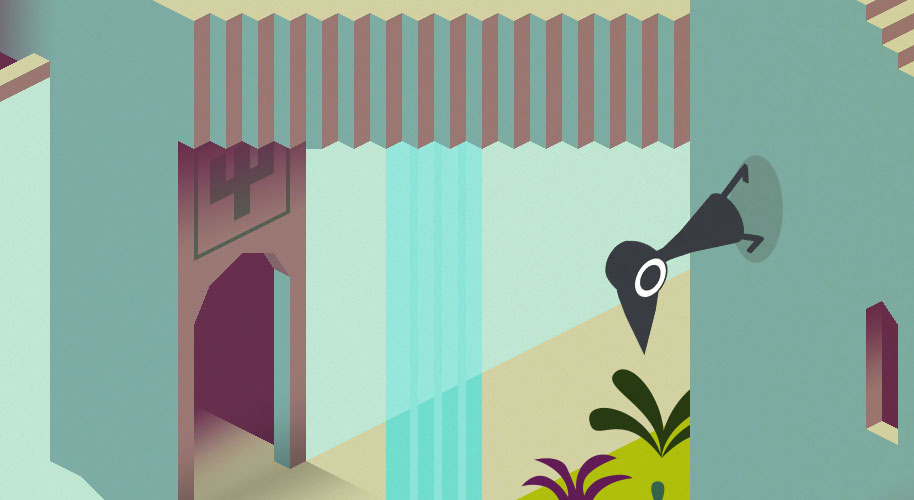 Monument Valley is one of premium mobile gaming's success stories. It's a gorgeous puzzler that takes inspiration from MC Escher to tell the story of a girl navigating a strange landscape full of crows and platforms.

It's intelligent, it's accessible, and it creates a magical and unique world that you want to spend as much time in as you possibly can.

This is a malleable and entertaining slice of the mobile pie, and it shows that if you have a great idea, a great team, and a bit of luck, you can make premium games work on the App Store. - Harry Slater 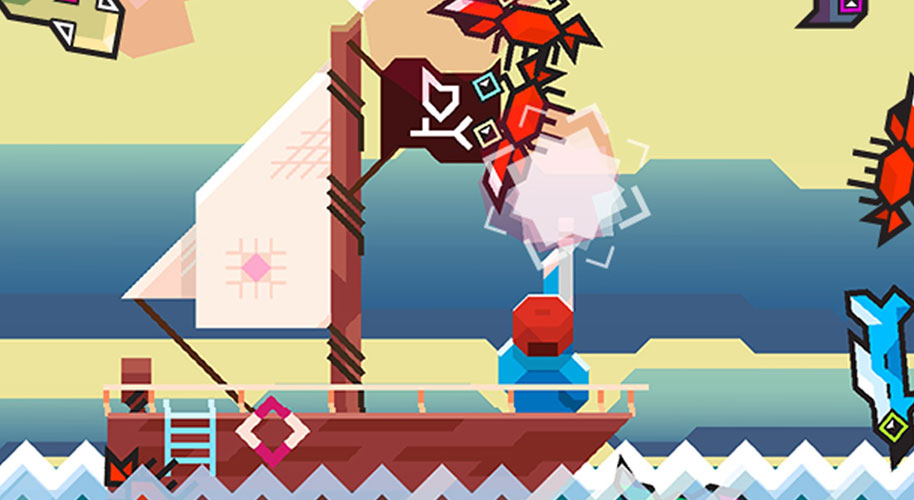 Ridiculous Fishing is a like big brash middle finger, that's pointed squarely at clones. Vlambeer's game was ripped off midway through development and the indie studio almost canned the project entirely.

But it fought back, and made something so good - so sharply designed, with a taut feedback loop and a bold visual design - that it completely blew the other game out of the water.

What we have here is mobile gaming perfection: twisty fun as you catch fish, touchscreen thrills as you blow them to bits, and the compulsive thrill of getting better and better gear until you're mutilating squids with a pair of miniguns.

And just when you think shit's too ridiculous, the game hits you with a bizarre social network, or a secret golden fish, or a surprisingly heartfelt and melancholic story. - Mark Brown 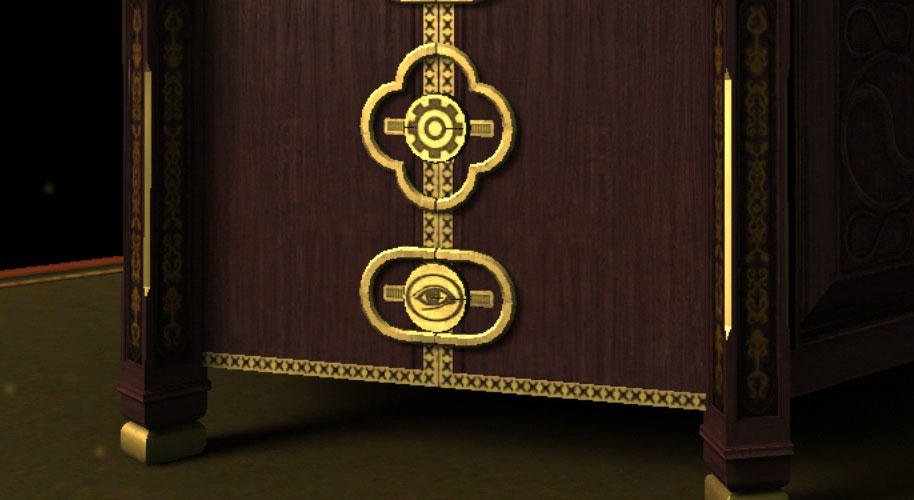 So this is it, the big one. The best mobile game ever. And to be honest, I don't think we could have chosen anything else.

The Room is a masterpiece, and not just in mobile terms. It's a game with more ingenuity, more rich and varied ideas, and more confidence, than vast swathes of so-called mainstream games.

Touchscreen gaming is all about tactility, and that's something The Room understands. It's a game about manipulating an intricate puzzle box, poking and prodding it to reveal its secrets.

And it works brilliantly. Not just that but it creates an eerie, sinister atmosphere using lighting, sound, and a story about a mysterious hidden element that could well open the gate to parallel dimensions.

It looks gorgeous, but more than that it's a prime example of just how entertaining and intelligent mobile gaming can be if it's built with the limitations and specifications of the platform in mind.

So it's quite right that it sits at the pinnacle of this list.

If you need a game to show to your friends how great mobile is, if you need an example of mobile gaming done just right, or if you just want to experience one of the very best puzzling adventures on any platform, then The Room fits the bill perfectly. - Harry Slater

You can find the full 100 games here.

The 100 greatest mobile games EVER