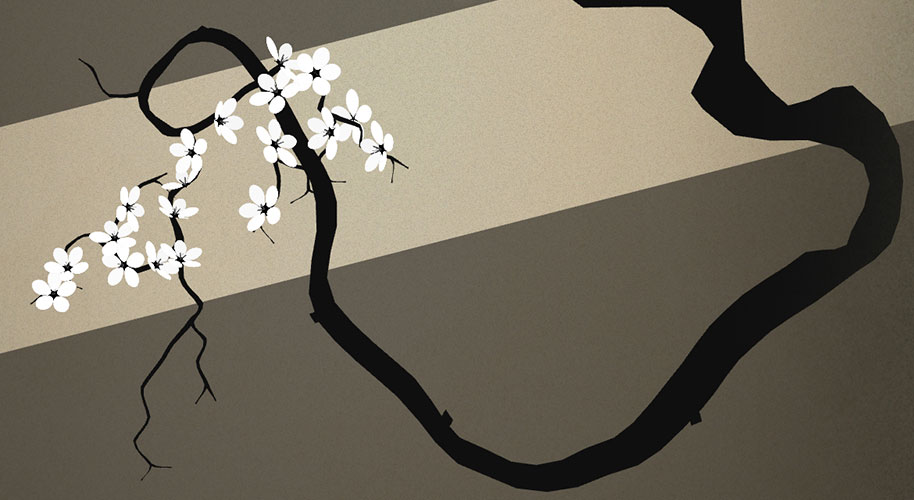 There's an elegance to Prune that seeps through everything in the game. It's a gentle puzzler about manipulating a growing tree, cutting off branches so that it can grow into the light.

But at its heart it's about something much darker. I don't want to spoil it for you if you haven't played it yet, but for a game that involves little more than swiping the screen, there's some impressive emotional clout here.

This is a meditative experience, suited perfectly to touchscreen gaming. It looks beautiful, it plays brilliantly, and if you haven't tried it yet you definitely should. - Harry Slater 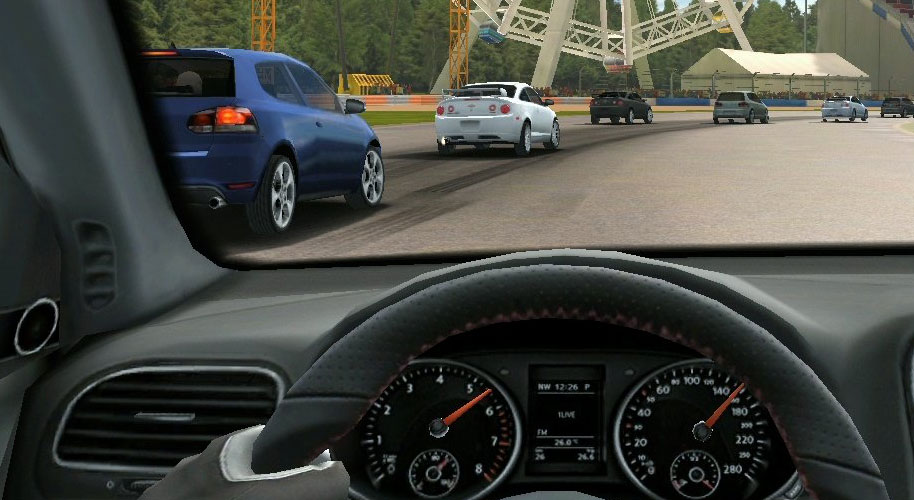 Not only was Real Racing 2 one of those "look what my phone can do!" games, but it was a brutally brilliant racing game in its own right. Beautiful, generous with content, and rocking a perfect handling model.

It didn't matter that it was happening on your telephone - you felt the same rush of excitement when barreling down the inside lane of a tight corner as you did on any console racer.

The follow-up muddied the waters, asking you to pay for cars and carburettors and fuel and everything else. So while it might look a little dated today, there's something refreshingly pure about this handheld racer. - Mark Brown 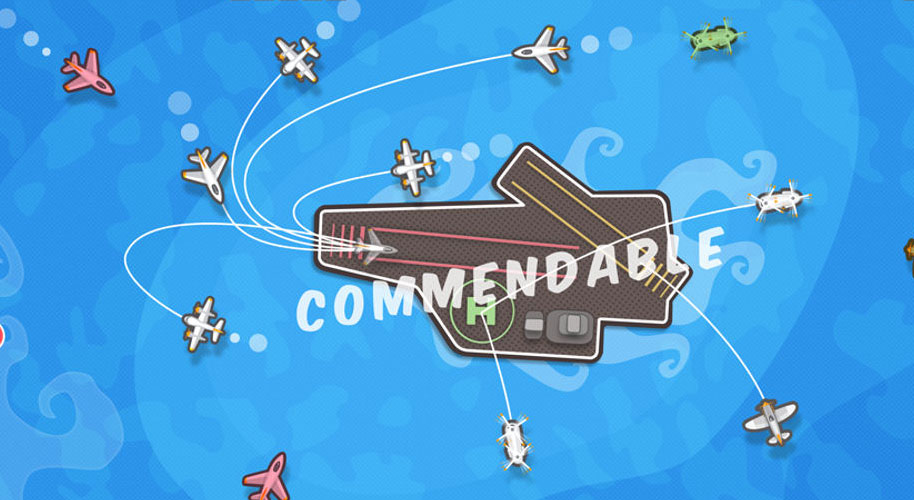 Mostly though, Flight Control is about asking “why the sod can’t these planes fly in a straight line?”

You are an air traffic controller tasked with landing planes on teensy tiny runways. You direct the pilots with a series of finger swipes, with increasing panic as more planes show up in the sky.

I don’t really know any higher praise for this game other than the fact that my Dad – who is a real life air traffic controller at Heathrow – loves it. So there. - Alysia Judge 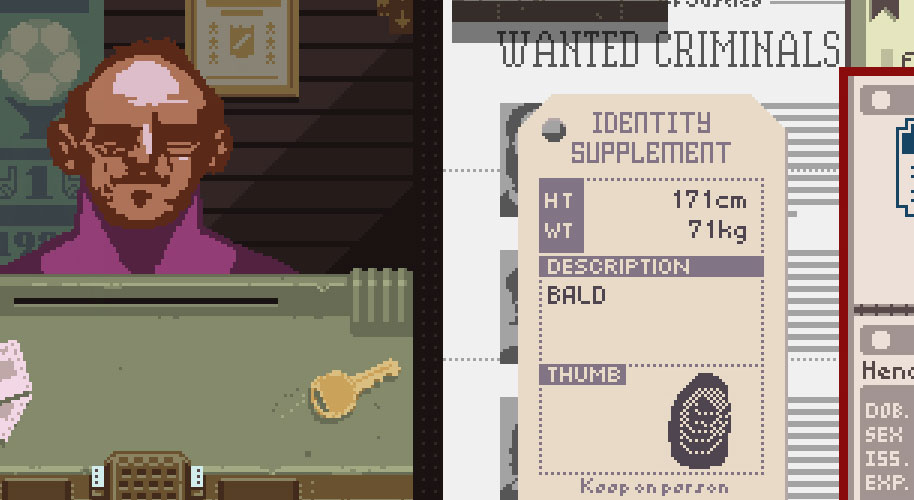 If I worked as a border agent, I'd become corrupt in about six hours. That's what Papers, Please suggests, anyway.

You illegally detain people and confiscate their papers to make extra money. You take bribes and turn a blind eye to people you really should be turning away. You sacrifice your values to help your family.

And on top of that nifty morality play, it's also a jolly fun game about pinpointing discrepancies in paperwork. Which is more fun than it sounds. Promise! - Mark Brown 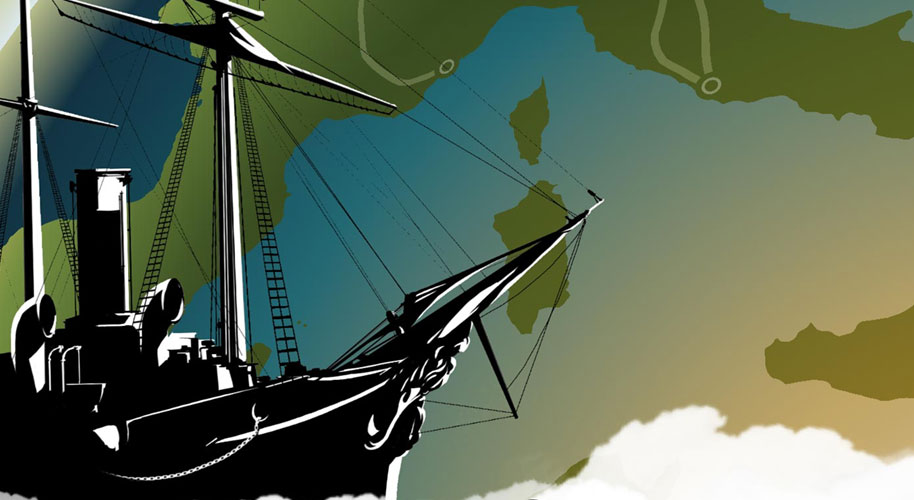 Phineas Fogg is a bit of a jerk. Sadly, in Inkle's exceptional narrative adventure 80 Days you're controlling Passepartout, his lowly man-servant and the real brains behind the operation.

You're in charge of every aspect of Fogg's trip, whether it's chartering the world's fastest airship, stopping a mutiny on a steamer or making sure your master has enough pants packed.

It's one of the best narratives around, with a charming style that offers s a totally unique approach to Fogg's trip. It reminds us that there is a real world with it's own troubles out there, and Fogg is just a tourist, watching the world turn.

It's the perfect antidote to the colonialist tone set by Jules Verne's novel, and a great way to spend a couple of days. - Jake Tucker 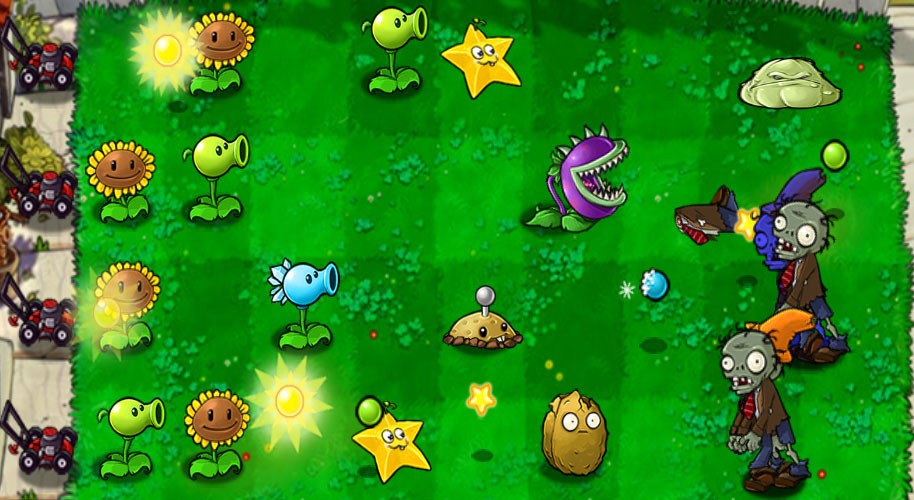 We normally fight zombies in darkened alleys with guns, grizzled expressions, and clothes that have been stripped from a Diesel cover shoot, stamped on a few times, and squirted with ketchup.

Plants, on the other hand. Now that’s a new one.

In Plants vs Zombies the only thing standing between humanity and total extinction is an exuberant Pak Choi behind a shrub that keeps sneezing peas. And some lawnmowers.

And yet it’s bloody brilliant. Plants Vs Zombies should be in your mobile games library already. Off you trot. - Alysia Judge 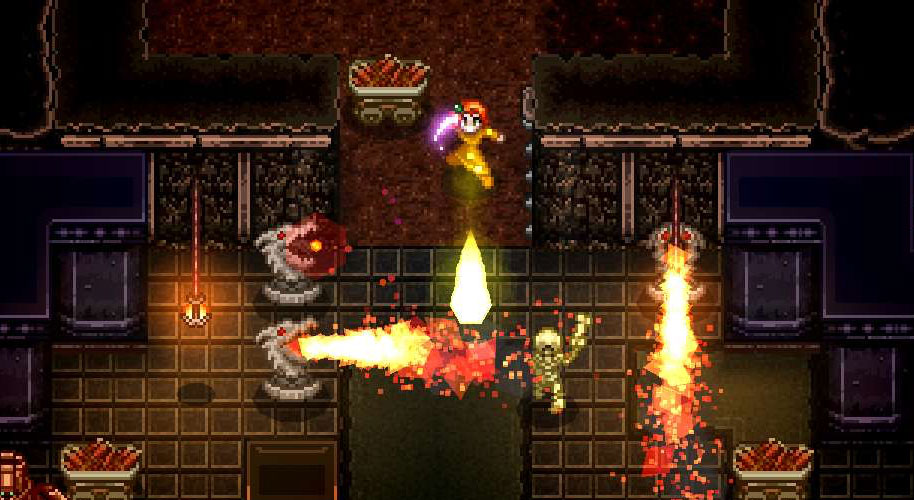 It's ridiculously difficult sometimes, but if fizzes and blares with bouts of incredible play. It's wonderfully well thought out, and each run through the game is a blur of violence, spells, and frantic last stands.

The controls are perfect, the art-style is beautiful, and there's a cockiness to the whole thing that will have you strutting through the dungeons. Until you get murdered by skeletons and have to start all over again. - Harry Slater 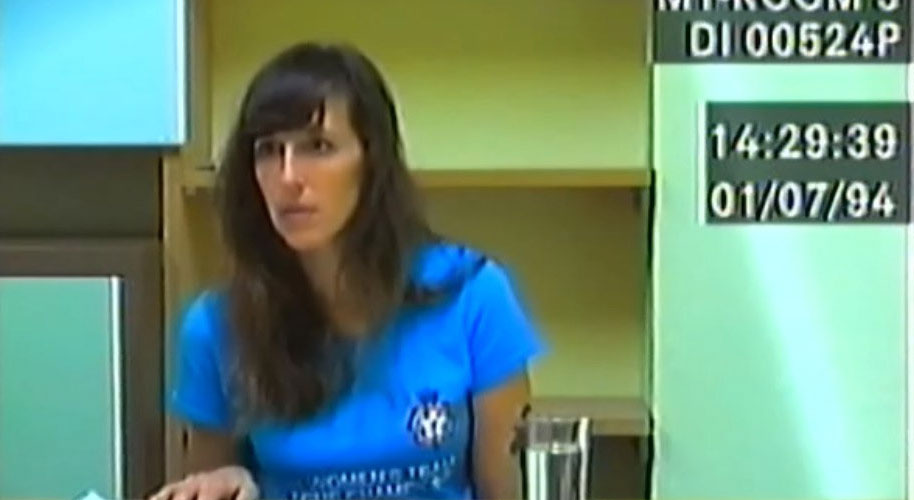 Her Story perfectly captures the thrill of being a detective who is working a good lead.

You sort through stacks of ancient video clips, featuring a woman offering interview testimony to the police. Unfortunately the clips are jumbled, so you'll track down new video by searching for the words and phrases spoken within.

Soon, you start to come up with ideas based on what you've heard. You'll say "I bet...", or "Wait, doesn't that contradict...", or "No wait, she's..." And when one of these hunches pays off, you feel like Sherlock ruddy Holmes.

By giving you complete control over how you find clips, and how you interpret them, Her Story truly lets you take ownership of those oh-so wonderful eureka moments. - Mark Brown 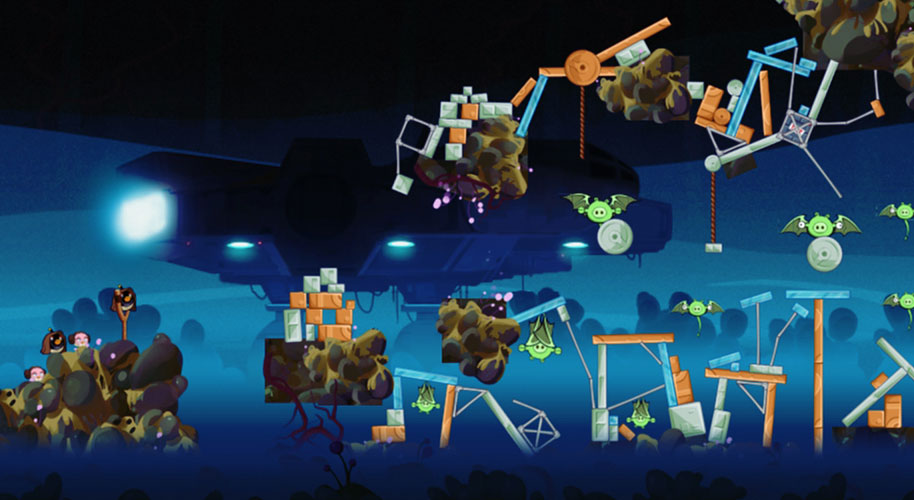 Who would have guessed that this - this hellish monstrosity of corporate brand synergy - would be the moment that Angry Birds hit its peak.

It's the combination of the classic ground levels of Angry Birds, and the weirdo anti-gravity spills of Angry Birds Space, plus cool power-ups like the lightsaber that can bounce blaster fire around the level to create wanton, hilarious destruction.

And in terms of licensed games, few can claim to treat the source material with as much admiration as AB:SW. From the classic wipe transitions to the familiar sound effects to the unforgettable characters, here's a game that knows, and loves, all things Star Wars. - Mark Brown 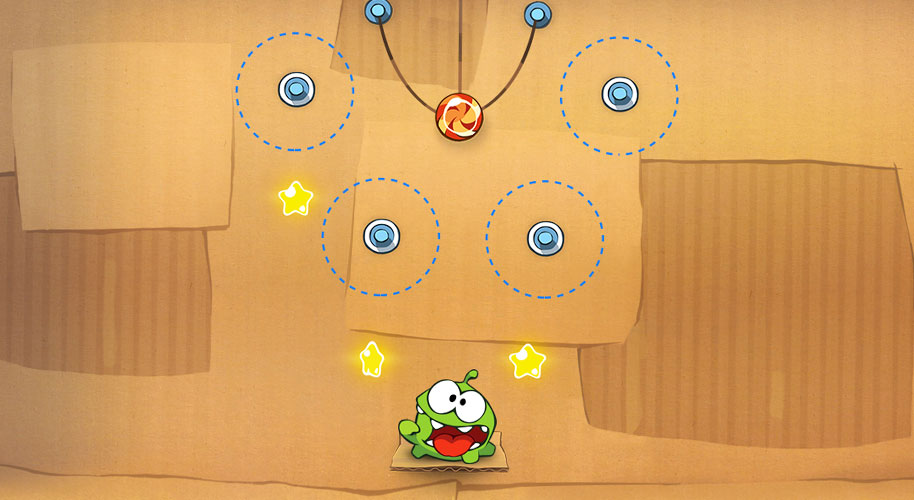 Go on, do it. The title is goading you. Cut it. See what happens. Oh! A candy dropped down and got swallowed up by a funny green monster.

Now do this a hundred more times, in various set-ups and twists on that simple idea. You'll be rapt by its physics-driven fun for hours. One minute you're blowing balloons about, the next you're popping bubbles.

Tying it altogether is Om Nom, the quirky monster at the bottom of the screen. He might not be as famous as the red bird or the alligator from Where's My Water, but Om Nom's expressive and adorable animations elevate Cut the Rope above all the wannabes.
- Mark Brown

Looking for something different? Take a look at virtual toy Super Sculptor on iOS

Marvel Avenger's Alliance 2 - Is it Ultron or Dr. Doomed?