To mark the occasion, and to illustrate just how old and wise we are, we’ll be taking a look back at the games, trends, and general happenings for each of the years we’ve been around. (See 2006, 2007, 2008.)

This time we’re discussing 2009, the first full year of iPhone and Android gaming goodness. This was when people (including Nintendo and Sony) started to realise that this mobile gaming thing was much more than just a fad…

What were we playing?
As we’ve already mentioned, 2009 was the first big year of iPhone gaming. It saw the release of early iOS champs Zen Bound, Flight Control, Space Invaders Infinity Gene, and a certain Angry Birds – all fresh and intuitive yet remarkably polished experiences in their own unique way. 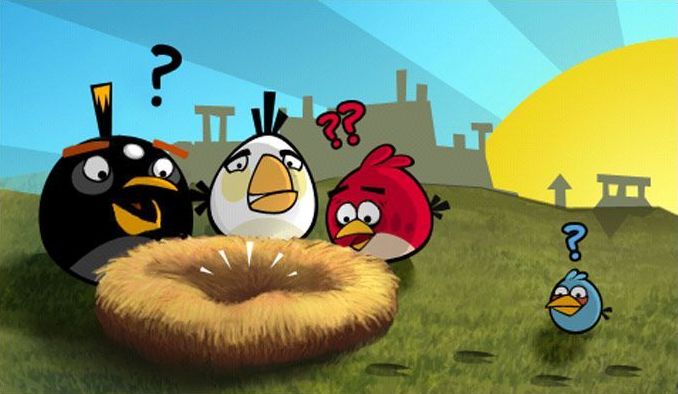 Mobile, meanwhile, didn't roll over and die. Zombie Infection blew our brains, Metal Slug Mobile 4 fired up our soul, Chuck Norris: Bring on the Pain beat us into submission, we got lost in Mystery Mania, and Galaxy on Fire 2 took us where few games had taken us before.

It wasn’t such a great year for the Nintendo DS, which was growing a little long in the tooth by this point. Still, when the Platinum Award-winning GTA: Chinatown Wars is built specifically for your platform, things can’t be too bad. Mario & Luigi: Bowser’s Inside Story and The Legend of Zelda: Spirit Tracks weren’t too shabby either.

2009 was another slow year for the PSP, although Sony did at least try to address the new iPhone threat with its PSP Minis programme. Despite this, it was big console-quality releases like Gran Turismo, Resistance: Retribution, and the 10 out of 10 LittleBigPlanet that really floated our collective boat.

What were we playing on?
This was the year we received our first truly great iPhone in the shape of the iPhone 3GS. Sure, it didn’t look all that different from the iPhone 3G, but that S stood for speed. Performance was doubled, with a powerful PowerVR SGX535 GPU making it the mobile gaming champion of its time.

In the world of Android, truly compelling handsets wouldn’t start arriving in earnest until 2010, but right at the end of 2009 we got the Motorola Milestone (aka the Motorola Droid, pictured below). This was a well-built, speedy phone with a sturdy slide-out keyboard. It was pretty good for playing games on, though Google was still struggling with hardware fragmentation and app store issues.

The traditional handheld makers had a year to forget on the hardware front. Sony’s PSP Go was a disastrous attempt to jump on the digital download bandwagon, while the DSi XL was simply a fatter version of the DSi – Nintendo’s half-arsed stab at doing the same.

What else was going on in mobile?
While the iPhone and Android were rapidly gaining traction in 2009, Nokia’s ill-fated Symbian platform still had a strong place in the market.

The Nokia N97 was the company’s big handset release for the year, with a novel slide-and-tilt touchscreen display and keyboard arrangement. But it was beset with bugs and performance issues, and the software simply wasn’t much cop.

Elsewhere, another mobile phone giant struggling with Apple’s entry to the market was BlackBerry. Its Storm 2 phone boasted a clickable touchscreen display, but it convinced neither die-hard BlackBerry fans nor fresh iPhone converts.

A notable footnote to the modern history of smartphones came with the release of the Palm Pre smartphone. The hardware was neither here nor there, but its innovative card-based, online-focused webOS operating system would go on to influence developments in Android and iOS.

What else was PG doing?
Our Biz team spent the early part of 2009 compiling the first PocketGamer.biz Mobile Games Trends Report – all 120-pages of it. Industry experts Stuart Dredge and Owain Bennallack put together this weighty tome of in-depth analysis, case studies, surveys, and predictions for the industry.

This was also the year that Steel Media published the Your Guide to N-Gage magazine. Nokia’s gaming service never fully took off, but we can guarantee that it wasn’t for the lack of a decent guide.

Elsewhere in the world of mobile games coverage, our iOS video review arm AppSpy was acquired in September. It’s gone on to become the largest provider of YouTube video reviews for iPhone games on the web.

What else was happening?
Early in 2009, 100-year-old UK retail institution Woolworths closed its doors to the public. We’ve been without our pick ‘n’ mix fix ever since.

Far more serious – and international – was the global swine flu pandemic, which started in April 2009 and only really began to taper off in November of that year. An estimated 284,500 died from the outbreak.

Elsewhere, Barack Obama was elected the 44th president of the United States, causing outbreaks of joy/wailing depending on your political leanings.

2009 was also the year that the king of pop, Michael Jackson, died from an accidental overdose.

GDC 2016: All of the games at this year’s GDC Big Indie Pitch

10 weird stories from the last 10 years of Pocket Gamer