Grab a gun, and a friend

Most of what we’ve seen from VR in recent months, has by and large concerned single player experiences.

Of course there’s nothing wrong with that, however making VR social, is one of the challenges that the new technology must overcome in the near future.

As such, Survios have set about to do just that through their brand new social VR tower defence shooter, Raw Data. What’s more, I was given the chance to play their current very early build for the HTC Vive, at this year’s GDC. 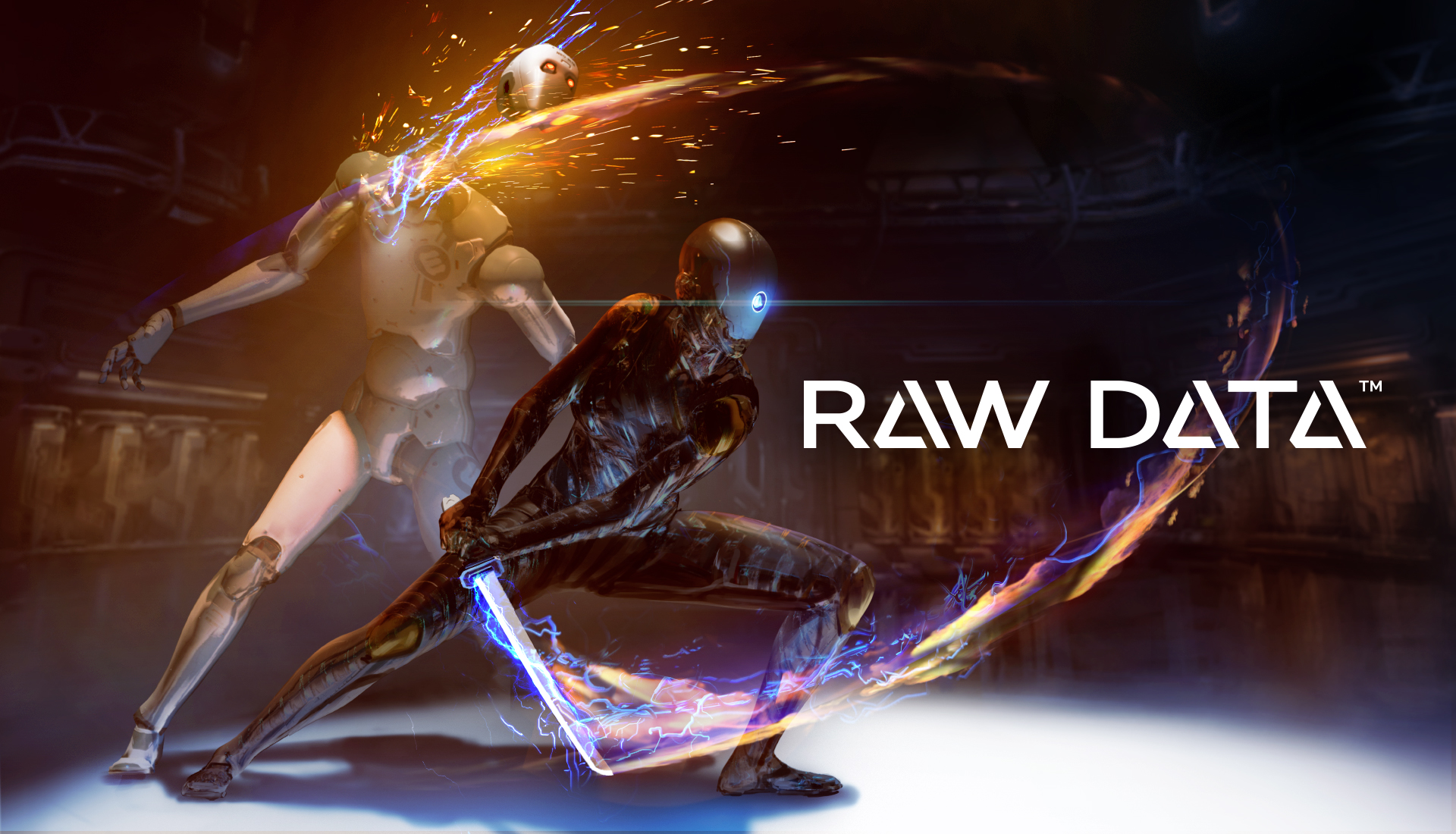 Played from a central location, Raw Data takes place in a corrupted Japanese robotics lab, and tasks players with taking on the waves and waves of various different robotic enemies.

In terms of controls, the game utilises the two HTC Vive hand controllers, alongside the headset to obviously track your eyesight and movements. Within this it also features many different movements that really make you feel like you’re inside an action movie.

These include swinging the gun around your back to reload, grabbing the lightsaber-esque Katana from over your shoulder, reloading your shotgun, and ducking under the cover in front of you whilst popping out to shoot.

In fact, dodging a bullet by physically ducking, only to pop back out and destroy the incoming robot, really is incredibly satisfying.

Interestingly, despite being virtual, the guns also had a feeling of both weight and recoil to them as well, as did the Katana blade. Furthermore, throughout the demo I found myself doing things such as resting my shotgun over my shoulder, or holding the Katana blade like a lightsaber.

I may have stolen all my moves from movies and games, but being able to physically do things like swing your gun around with your finger felt so incredibly satisfying. It also showcases how strong an impression the game made on me whilst I was inside.

It should also be noted that the game does require a considerable amount movement from the player, and I was constantly kept on my toes trying to dodge bullets, shoot back, duck under cover, and once when one got too close, even punch a robot square in the face.

As such you’re going to need a pretty spacious room for this one, but nevertheless Raw Data really did feel like a complete VR experience, thanks to considerable amount of your movement and physicality that was being tracked.

Furthermore, I found that the tracking and the graphical latency was extremely good, responding exceptionally well to my rapid movements. Although there’s a chance I may not be as fast as I felt in the game.

Nevertheless, the most impressive and enjoyable aspect was being able to share this demo with another player.

In fact, whilst I never actually met or spoke to the person I played with, as they were in a different demo room, much like Journey, I did feel like we shared the experience and were playing as a team.

For example, within an instant of jumping into the circular centre of the robotics lab’s main hall, they had instantly begun guarding the left hand side, whilst I covered the right.

What’s more, throughout the experience I found myself constantly turning over my shoulder to make sure they weren’t in any danger.

I also know they were doing the same, as when one laser shot was getting perilously close, in an instance I found their Katana blade fly in front of my face to deflect the laser.

All in all, despite this only being an early build, the social experience really was a powerful one, and reminded me of an extremely intense and realistic game of laser quest or paintball. Albeit one where you remain in one location and defend for your life.

Raw Data is still in the very early stages of development, however this really is one game that you’ll want to keep an eye on, especially from a gunplay perspective, as Raw Data certainly gives us a glimpse into the full potential of VR.