Including a new fusion system, legendary heroes, and more

Fincon, which placed among Facebook's 2015 Studios to Watch awards, has just released the Fifth Season of its launch title, Hello Hero.

The new season, titled 'Dawn of Evolution', features a new fusion system, higher grade heroes and items, and updated shop and level-up systems for fans to dig their teeth into.

There's also a step-up in challenge with the 'Nightmare Continent', a harder difficulty area which you unlock after clearing the Glacial Mode, which has also been updated with legendary item drops.

Rounding out this update are all new Carat Packages and an updated interface, which will freshen things up nicely for veteran players. 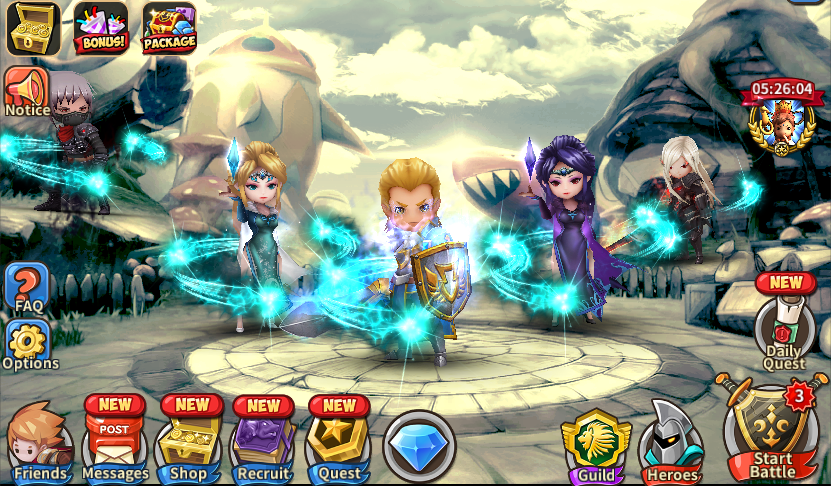 If you haven't checked it out yet, Hello Hero is an action packed social RPG in which you play as a guardian and defend the planet Armon from the evil Keronic threat.

You'll forge a team from a bunch of weird and eclectic heroes like guitar-playing cacti, swashbuckling cats, and superpowered mechas (amongst more) then battle your way through the story mode, epic Boss and Guild Raids, the Arena, challenging dungeons, and Live PvP.

If that all sounds tempting, head on over to the App Store, Google Play, or Facebook to check out Hello Hero and the Fifth Season update right now.

Lost Socks: Naughty Brothers - Not the naughtiest brothers, but getting there