Get it now on iOS and Android

Hello Hero is an action RPG that challenges you to take on the role of a guardian and defend the planet Armon from the Keronic threat.

You'll also have a team of heroes like guitar-wielding cacti, pirate kittens, powerful mecha at your disposal, as you battle your way through a variety of PvE and PvP modes.

Though Hello Hero launched just under three years ago, developer Fincon is still supporting the game with regular updates. Most recently, that was with the Fifth Season, a massive update which included a new fusion system, higher grade heroes, and an updated level system.

To learn more about Hello Hero's success and the recent massive update, we reached out to Emilio Villarruel, Global Community Manager at Fincon, and asked what Hello Hero offers that no other game in the App Store does, what challenges were faced during development, and which part the team is most proud of.


What do you think Hello Hero offers that you can’t get from any other title on the App Store?


"There's a lot of great games on the App Store - the difference lies with Fincon and the way that we service our games. 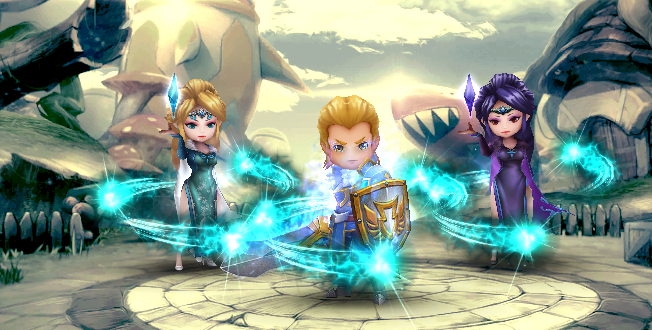 "Our team is comprised of MMO industry veterans, and Hello Hero was our first title as a studio.

"We didn't struggle so much in development, but we did find it difficult to figure out how to translate the game's huge success in Korea for the markets abroad."

Which part of Hello Hero are you personally the most proud of and why?

"Well, I'd have to say our 4.2 million Facebook fans, but as the Community Manager I'm a bit biased.

"If I had to speak on behalf of the company as a whole, it'd be that we're still going strong after three years!"

Do you have anything planned in terms of future updates for Hello Hero and, if so, can you give us any details of what these might include?

"We recently launched our Fifth Season of Hello Hero, so there's tons of new content for that.

"As for what's to come, well we've got plenty of new heroes ready to join the fight."

Have you any plans to bring Hello Hero to other mobile platforms like Windows Phone or Steam?

"While we don't have any immediate plans to expand onto other devices, we're certainly open to the challenge of it."

Retro City Rampage: DX - A bit like herding geese, but geese with guns

The next Hearthstone expansion is called Whispers of the Old Gods, and we've played it!