Take the look of a boardgame and mix it with Hitman's universe. This was this insane bet that Square Enix Montreal made with its mobile debut, Hitman GO. Despite all odds, it actually worked and it did really well.

Back when it was released we called it "a smart and satisfying puzzle game, with loads of content and plenty of variation. It's also totally adorable".

Since then, Square Enix Montreal went on to make other gems like the amazing Lara Croft GO or Hitman Sniper.

If you were on the lookout for it on Playstation Vita, you won't have to wait much longer as the game's on February 23rd in the U.S and on the 24th in Europe.

The game will support cross-buy and cross-save with the Playstation 4 version. 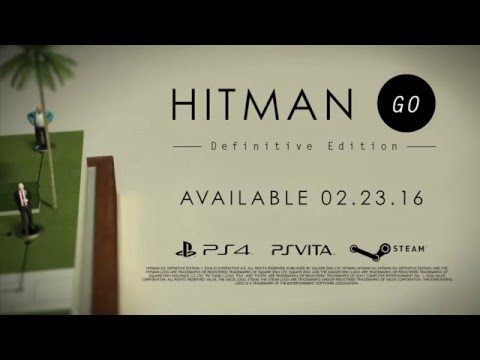