A deck to wreck with 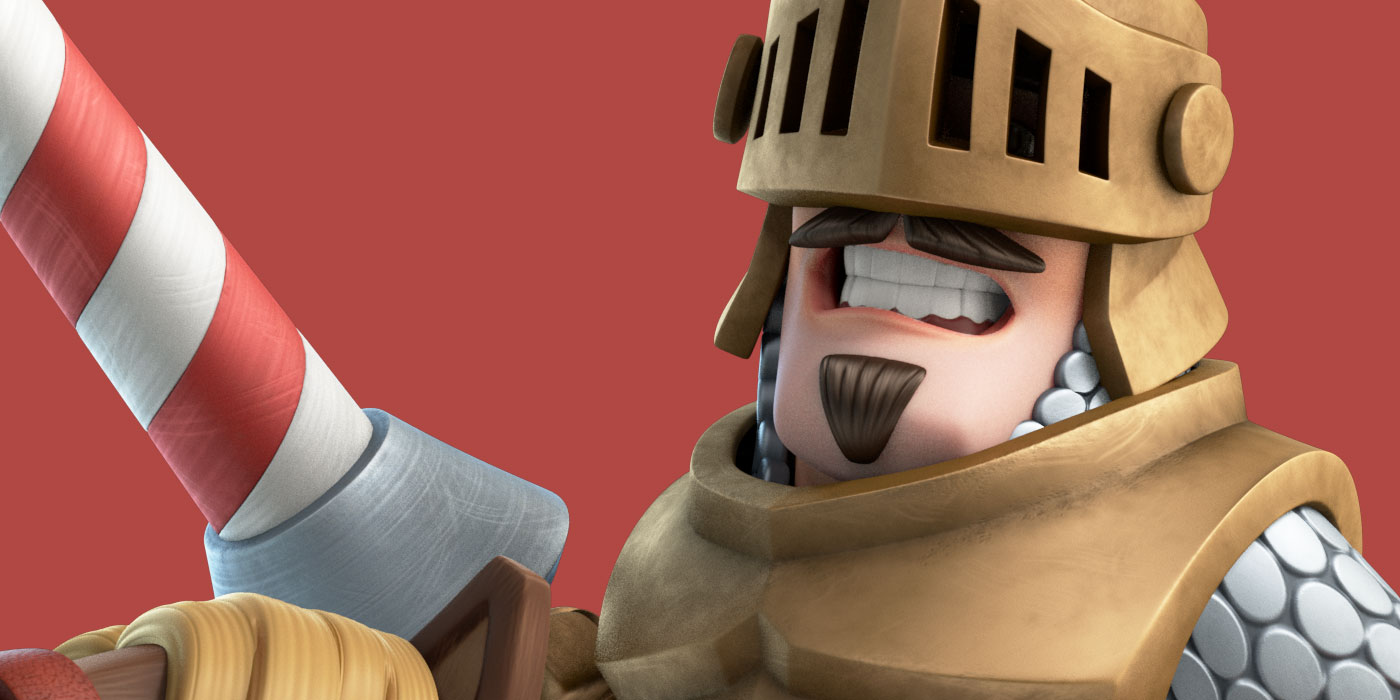 Clash Royale features 42 different cards, but you can only take 8 of them into battle.

That means building a strong, versatile, and balanced deck is the most important decision you'll make in the game.

There's no such thing as a perfect deck or "the best deck" (yes, yes, we know what we said in the headline. It just sounds good), but you can make some smart decisions to make sure your deck is up to the challenge.

Here are some things to think about when putting together your next battle deck.

Oh, and don't forget to use our guides to every Troop, Spell, and Building card when figuring out which ones to pick. 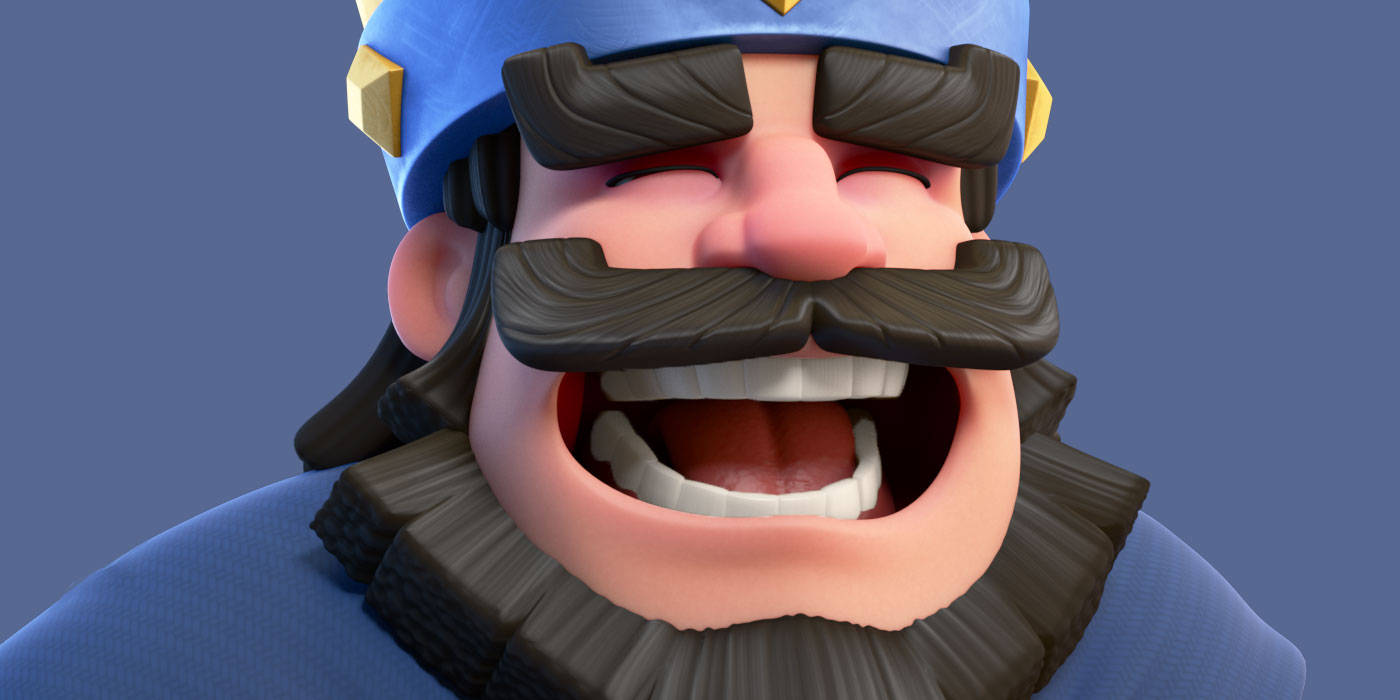 Point damage cards, like the Prince, Spear Goblins, and Musketeer, deal large amounts of damage - but to just one unit at a time.

That makes having one or two on your team essential for defeating tank-like troops with huge amounts of health, such as the Giant.

Area damage troops, like the Bomber, Valkyrie, and Wizard, inflict less damage with each attack, but they hurt multiple troops in the same area.

This makes them useful for dealing with units that come in groups or swarms like the skeleton or skeleton army.

Don't forget spells, though, which almost exclusively deliver area damage. They're fast to deploy and can work at long range, making them perfect for dealing with groups of Goblins or Skeletons that troops can't get to.

These spells, such as Arrows, Fireball, Rocket, and Zap, are also perfect for taking down a weakened crown tower from a distance. It could be exactly what you need to twist the battle to your favour.

A Knight is working his way towards your crown tower and you don't have enough elixir to spawn a defensive unit. What do you?

By using a troop or building that takes a while to be defeated (and doesn't cost much to deploy), you can keep the Knight busy while your crown tower peppers him with arrows. 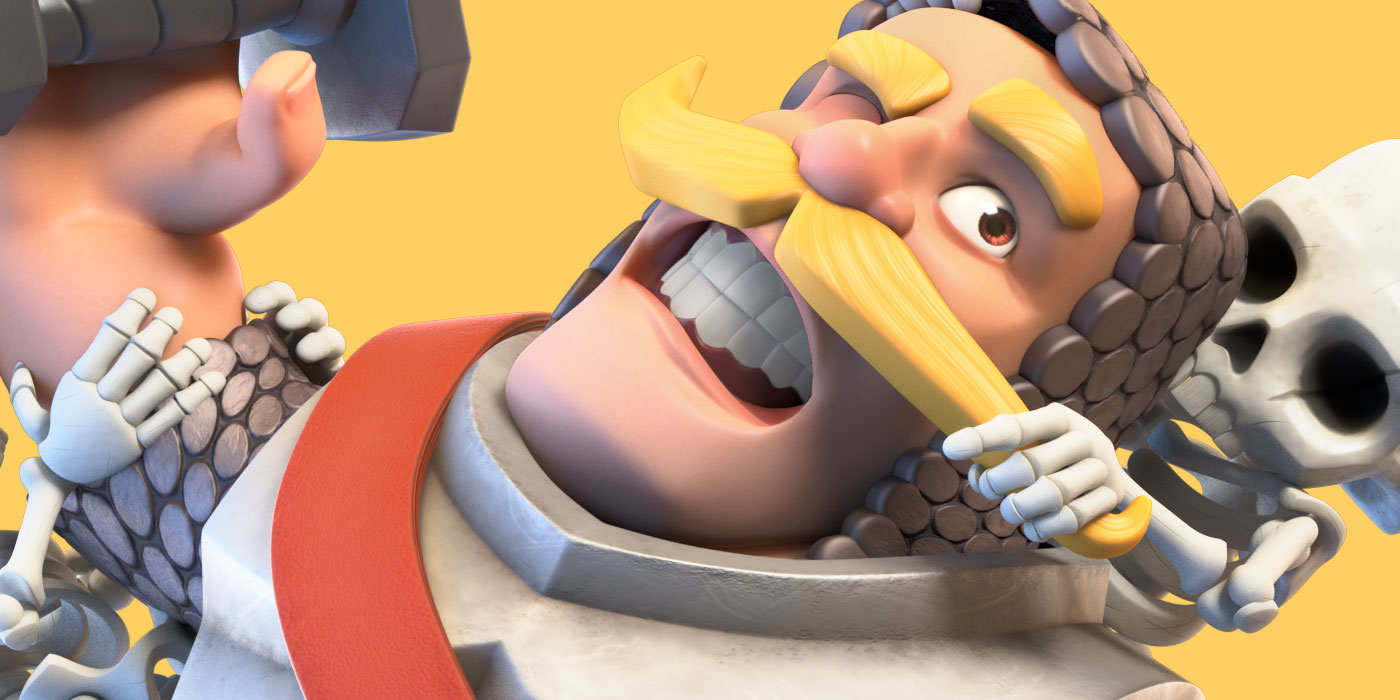 Use range and melee troops in sync

Units that work at a range often have less health than other units, which means that Archers will just crumble at the massive hands of a Giant.

But deploy a ranged unit just behind a melee unit with high HP (like the Knight or Mini P.E.K.K.A), and that ranged troop can do its worst while the melee troop saps up the damage.

Also, this will spread out your units (as melee heroes rush in, and ranged troops hang back), making an attacking team less susceptible to area attacks.

There are other cards that can be used in combination with one another to create lethal little teams. We'll go into that more when we come to strategy but suffice to say, think about how units can be used together - not just in isolation.

If you don't have a card that can attack aerial units, you'll be be utterly scuppered if your opponent pulls out a card like the Baby Dragon or Balloon.

You want one - preferably two - cards that can target and attack air troops. 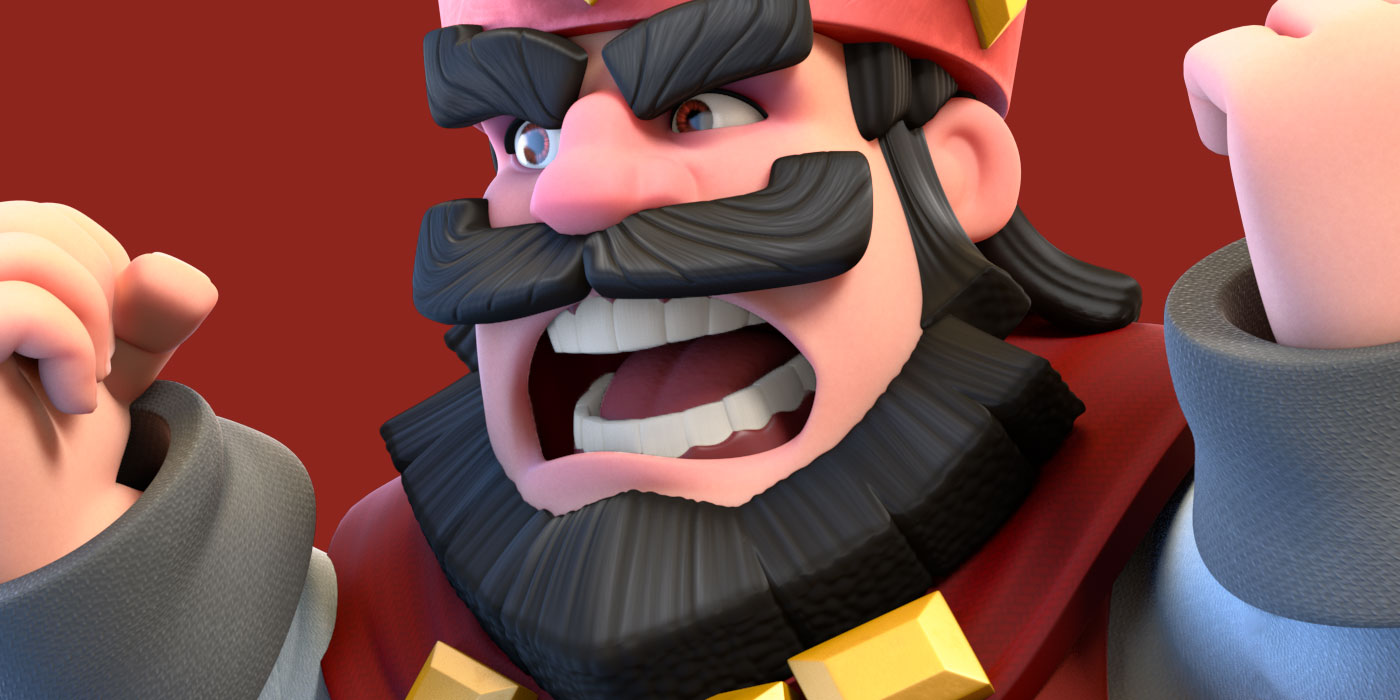 A good defence is a good offence

Ah, that old chestnut. But like so many hokey little sayings, it holds true. An all-offensive deck will crumble if your opponent can counter your attacks and then storm your crown towers uncontested.

Defensive cards should have high health points (like the Giant or Prince), and should be reasonably cheap to deploy (so you can pull them out in a pinch).

Buildings are particularly good because they distract troops that home in on buildings, work in unison with crown towers when attacking incoming attacks, and can often attack both ground and aerial units.

What will you use on buildings?

Okay, so your opponent is out of elixir, their best troops are being distracted and demolished by your defensive cards, and you're ready to strike.

This is why you need a strong troop with high health points that can target and trample on buildings.

The Hog Rider, Giant, and Balloon are the best anti-building units, but any point-inflicting cards with high attack (like Prince, Musketeer, Barbarians, and Knight) can be used in a pinch. 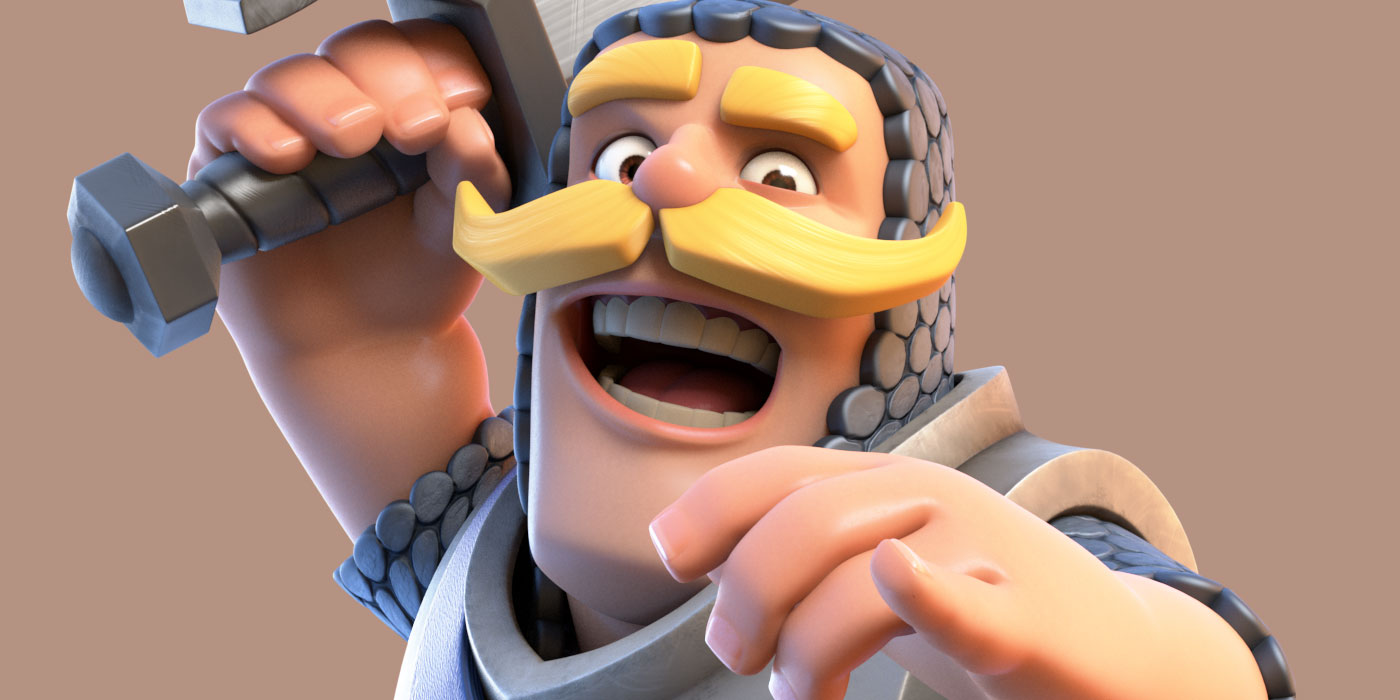 If you tried to find a separate card to do everything you need to do in Clash Royale, you'd quickly run out of space on your deck. That's why you need to think about cards as having multiple uses.

Archers, for example is a great point-damage card that can back up a melee unit when you storm a tower - but it's also a useful defensive card when you're being attacked by an aerial unit.

And then you've got something like the Knight, which has a lot of health points, does a lot of damage, and is relatively cheap to deploy, making him a good offensive, defensive, and distraction unit.

When looking at each card, consider all of its potential uses.

Think about your Elixir budget

Nothing comes for free in Clash Royale, and every card costs Elixir. The more powerful the card, the more costly it is to deploy.

If you have expensive units on your team, you must think about balancing that out with cheaper cards that can be deployed quickly if you opponent throws a curve ball at you.

The Skeleton, for example, costs just one Elixir to deploy. They aren't going to be taking out a crown tower any time soon, but they can distract a Giant and are almost always available.

Helpfully, the game shows you the average Elixir cost of your battle deck. Try to aim for an average cost between 3.5 and 4.5. If your deck is outside that range it's either too weak or too slow. 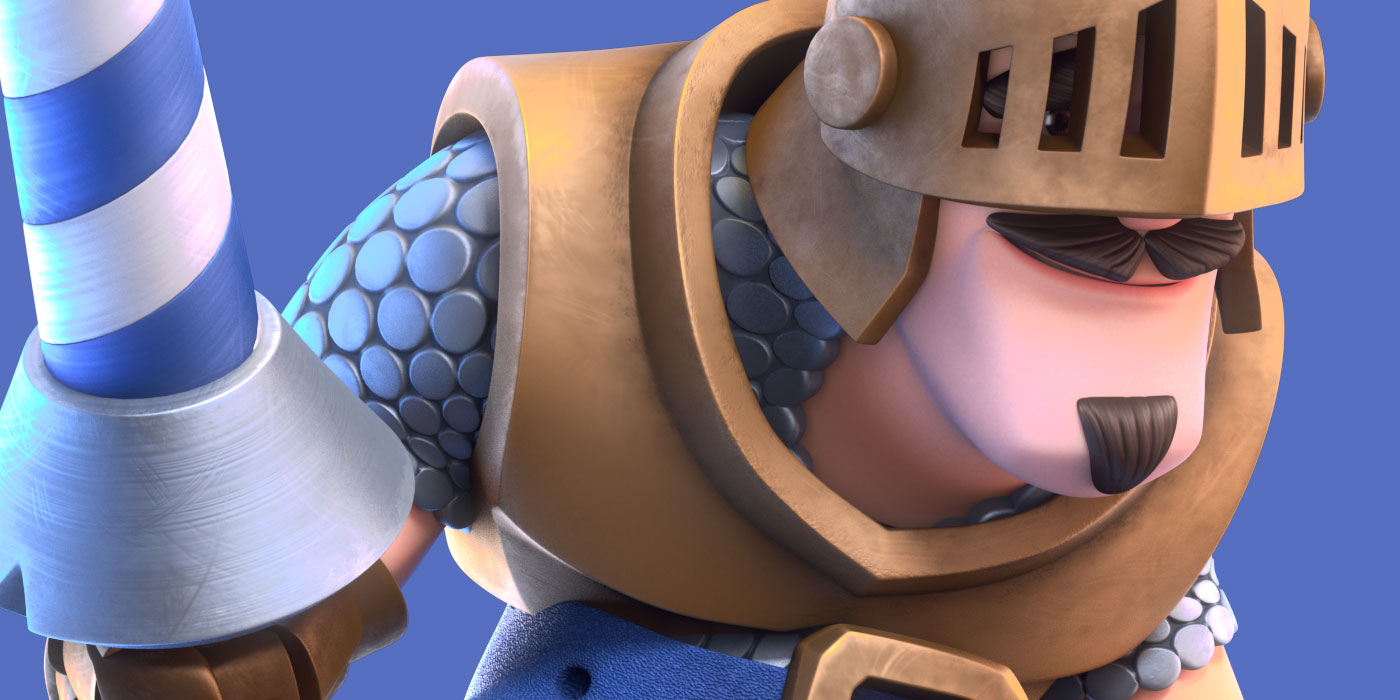 Each stage of the arena comes with new cards and challenges. When you level up you need to consider what cards your opponent will have access to find suitable counters. For example, aerial defence becomes especially important in arena two when the Balloon card is unlocked.

Okay, so you think you've made a good deck. Before you go out into the arena and get yourself killed, you should ask yourself the following questions:

If you've got a good answer to all those questions, you should be ready for Clash Royale. We'll share more strategies, some good example decks, and more in the future.