All's fair in Path of War

At first glance, you might think that Path of War is just another Clash of Clans clone. It features base-building and pits you against another player's army.

But everything after that is different. Battles are done on lanes (think Plants vs Zombies) and you place units or defend against attackers in these lanes. Every battle is then more predictable and tactical. 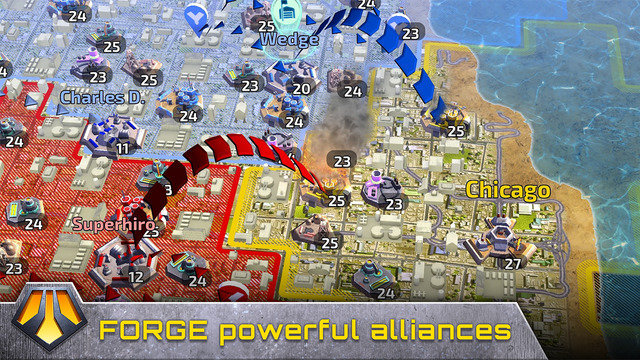 It's also more akin to an MMO with around 50,000 players per map. Each one of these players can form alliances or try to win on its own. The ultimate goal being the capture of Washington DC.

Visually, it looks a lot like Civilization, with colored borders defining the limits of your Empire.

It's made by a team of veteran RTS developers that worked on Command and Conquer and Battleforge. You can even read an interview with the creators here.

Path of War is available now on iOS and Google's Play Store for free.