More details have emerged on the upcoming (and Japan-only for now) The Great Detective Pikachu thanks to an article on Gematsu.

You'll explore the city of Rhyme, a place where Pokemon and people live side by side. You won't exactly play the role of Detective Pikachu: instead, you'll be in the shoes of "Tim" a young lad who comes to the city with a certain goal in mind. 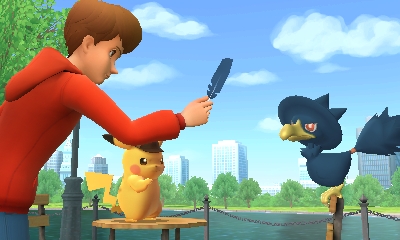 From there, you'll try to solve crimes by exploring the world and gather evidence (a la Phoenix Wright). Only Pikachu will be able to get information from Pokemon. Pikachu also likes to drink coffee for some reason. 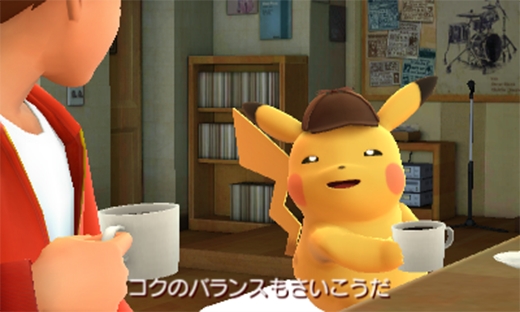 The game will also have some action sequences that seem to be in the form of QTEs. You'll need to press a button quickly in order to succeed. If you fail that button prompt though, don't worry, the story will continue on.

You'll meet plenty of humans and Pokemon throughout this journey and you can get a first look at some of them at the link.

It's out February 3rd in Japan but there's still no word of a western release.

Endless runner Infinite Skater is a treat for the eyes