The winner of the Very Big Indie Pitch at Pocket Gamer Connects 2015 is Lonely Wolf with its game EGZ - a platformer-golf-game about helping little blobs with legs get to safety. Super Powerboy came second and Eat My Dust was third.

In EGZ, you propel the eponymous Egz about like a little Angry Bird - which means you use a catapult mechanic and juicy physics to ping it about the stage. And when the Egz hit the wall they splatter blue paint everywhere - and lose energy. 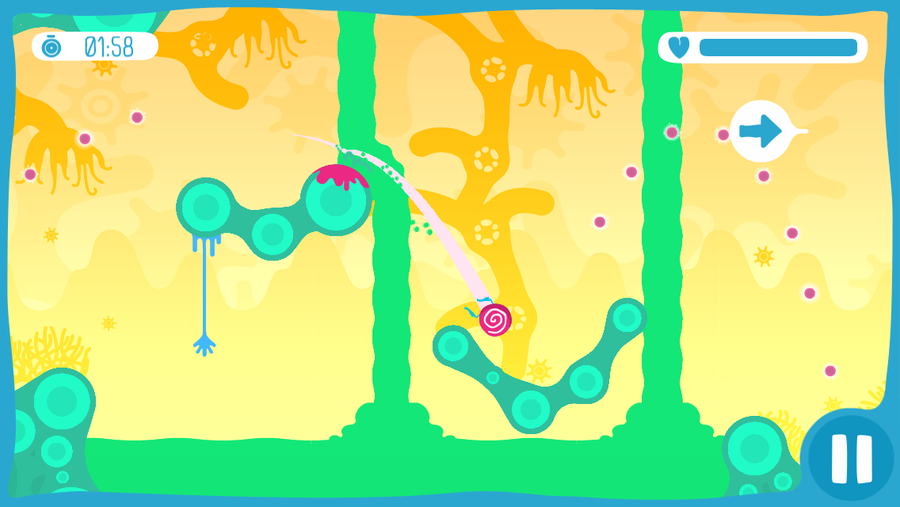 Which basically means that every jump must be considered carefully - not least because of the explosive pustules, head tracking glands, and other natural obstacles.

The game will have 80-odd levels, and some mini-games too. EGZ is coming to iOS and Android in "early 2016".