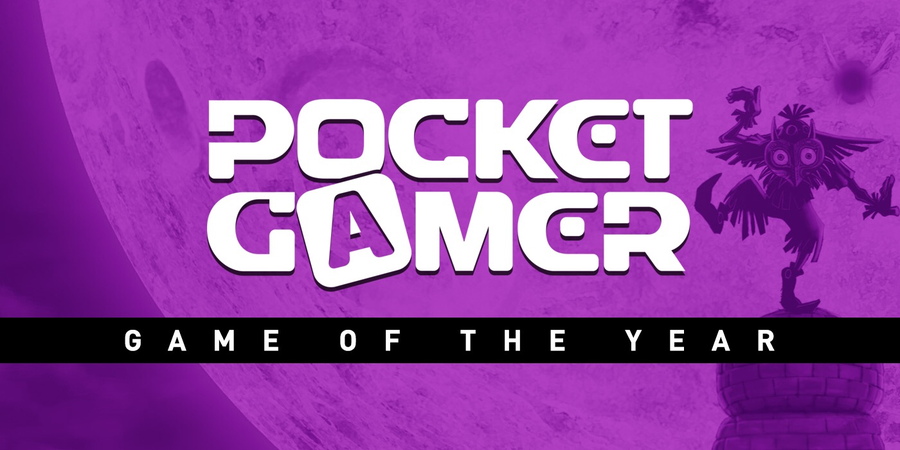 In many ways, it hasn't been a vintage year for 3DS.

Having decided to invest most of its internal resources in bolstering Wii U's software library, Nintendo hasn't had as much time to spare for its more popular handheld.

Even so, there have still been plenty of good or great games released for 3DS this year, almost all of which are exclusive to the format. Here's our run-down of the very best of them.

This interior design-focused spin-off had the whiff of stopgap about it since its E3 announcement. That its release was only a few months away did little to quell the doubters, nor the news that it would be heavily dependent on Amiibo cards to extend its longevity.

Yet while Happy Home Designer might not be as substantial or varied as New Leaf, it's every bit as charming, and very good at what it does, offering a superior interface for easier remodelling.

It's shot through with bags of that Animal Crossing charm, too, such that you'll feel a certain pressure in doing a good job for your cute and cuddly customers, even if they seem delighted with the results regardless.

Intelligent Systems making a turn-based strategy with a Silver Age comic book style? What could go wrong? Yet the reviews for Code Name STEAM were mixed. It perhaps didn't make the benefits to its unorthodox systems clear enough, its limited camera and long enemy turn times proving off-putting to some.

But such idiosyncrasies are designed to encourage players to reconsider their strategies.

Spreading out your team offers you more viewpoints of the enemy's manoeuvres, cluing you into their whereabouts so you're less at risk of an ambush. And assuming high vantage points gives you a superior tactical overview to guide the rest of your team safely.

At which point, this challenging, varied and characterful strategy really springs to life.

Another of Nintendo's free-to-start experiments, Fullblox is essentially a very short demo for a game which has been split into four distinct chunks, each of which costs a small amount of money to buy.

Most players will simply pay the one-off fee of £8.99 for the whole lot, which proves to be very good value for a game that is essentially more Pullblox – in other words, more of one of 3DS's very best puzzlers.

Fortress of Fun mode is particularly good, the addition of enemies forcing you to readjust your approach. And with a comprehensive level editor thrown in, if you're into puzzle games at all, this is damn near essential.

The Legend of Zelda: Tri Force Heroes
Subscribe to Pocket Gamer on

Using A Link Between Worlds as the template, Nintendo fashioned an idiosyncratic multiplayer-focused Zelda game that proved three heads are better than one.

Manoeuvring a triumvirate of Links on your own isn't much fun, but throw a couple of friends into the mix and you get a uniquely entertaining mix of co-operative puzzle solving and boss slaying. It might be even better online: with emotes the only way to communicate, conveying instructions becomes a game in and of itself.

With a light-hearted tone supplemented by one of the year's jauntiest soundtracks, this might not be classic Zelda, but it's a worthwhile spin-off.

Cramming this gargantuan RPG - a game the Wii had already struggled to contain - onto the New Nintendo 3DS might be one of the most impressive technical feats of the year.

It's one of only two games to demand the superior processing power of the new format, and Monster Games has used that extra heft well, even if it naturally loses some of the awe factor in the transition to a smaller screen.

Stepping out onto Gaur Plain can't quite have the same impact as it did on Wii, though exploring an open world of this scale on 3DS is special in a different way. We're used to portable RPGs being downsized or streamlined versions of console games, but this is the real McCoy.

HAL Laboratory's lo-fi puzzler builds upon a disarmingly simple conceit in increasingly ingenious ways, in the process becoming one of the year's most elegantly designed games.

You play a sentient block named Qbby who can extrude other blocks from any of his four sides, allowing him to climb, grapple, and protect himself from hazards. Each of the game's worlds introduce and gradually build upon a single idea, from sticky blocks to cranes and portals, moving onto guiding creatures and even riffs on Tetris as you drop shapes to complete lines and remove obstacles.

With plenty of post-game bonus puzzles and several adorable costumes for Qbby to unlock, Box Boy deserves your attention.

In truth, half of this chart could have been filled by M2's outstanding 3D treatments of classic Sega games. But that wouldn't really be fair on anyone else, so we restricted ourselves to one.

Pipping 3D Gunstar Heroes to the post is this update of AM2's quintessential arcade racer, every bit 'the beautiful journey' its original tagline claimed. The game's blisteringly fast, incredibly smooth, and its stereoscopic presentation is a revelation - the first time you go through a tunnel is a genuine jaw-dropper.

Almost thirty years on, Out Run still manages that rare feat of being thrilling and strangely relaxing all at once.

Typical: you wait ages for a steam-powered strategy game and then two come along in the same year.

SteamWorld Dig showed Image & Form had talent, but Heist proves the studio's versatility. Like Code Name STEAM, it's an unconventional take on the genre, combining real-time aiming with turn-based movement as your band of mechanical space rebels infiltrates and loots a variety of enemy ships.

You can bounce shots off walls and obstacles to hit seemingly unreachable foes, but only a few guns show the path your bullets will take, and you'll have to take a wavering aim into account. But by removing the RNG and placing the player's fate entirely in their own hands, it presents a fairer and more involving challenge than many of its peers.

The Legend of Zelda: Majora's Mask 3D
Subscribe to Pocket Gamer on

Even without any improvements, Majora's Mask has arguably aged better than most Zelda games, if only because it strays so far from the series' established template.

It's simultaneously darker and more human than almost any other Zelda, its three-day structure allowing it to tell a more intimate story, even in the face of an impending apocalypse.

Grezzo tops its terrific work on the 3DS Ocarina of Time remake here, not just in its visual treatment, but a raft of small but significant refinements: side quests are now easier to manage, and the save system is more forgiving. A few purists will carp, but these changes simply remove the original's few remaining frustrations, making this the definitive version of a truly brilliant and unique Zelda game.

As deep and substantial as it ever was, yet more accessible to newcomers than ever before, Monster Hunter 4 Ultimate sees the series hit new heights.

Two new weapons – the Insect Glaive and the Charge Blade – offer fresh ways to approach combat, with the ability to climb walls and mount monsters adding an extra layer of dynamism to encounters.

There is a quite bewildering amount to discover here, with combinations of monsters and brand new variants set to challenge even seasoned hunters, and a range of new techniques to learn and eventually master.

With a localisation rich in humour and charm, MH4U is a delight whether you're questing alone, or as part of a well-oiled team of beast-slayers.

The best strategy games on Android