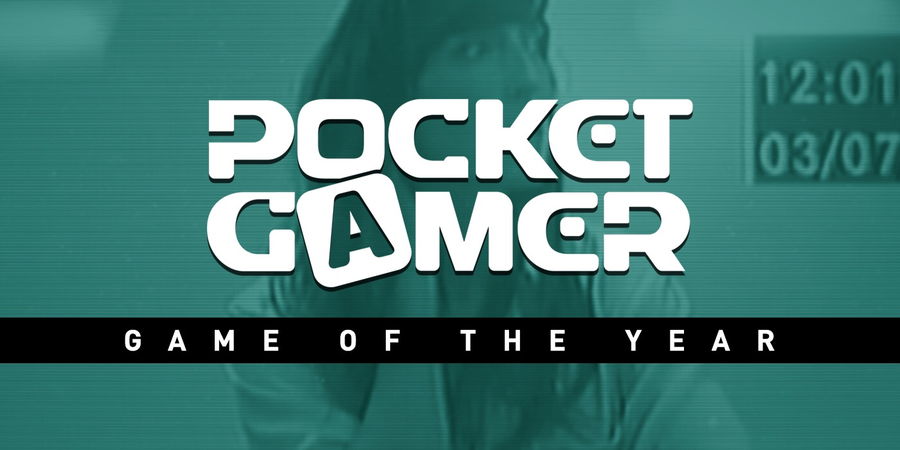 Even if you stripped away all the junk - the clones, the casino games, the barely functional garbage - you'd still be left with more games than you could ever afford. Or store on an iPhone hard drive. Or play.

Which is why we exist. To cut through the crap, and find the best games every day, every week, and every month. And now, with 12 months worth of incredible apps to choose from, it's time to pick our favourites.

Here are the ten very best games of 2015, according to the teams at Pocket Gamer and AppSpy. Buy them. Play them. Love them.

A tiny sapling sprouts from the ground, desperate to reach sunlight. But it can't get there. It's not strong enough. So it's down to you to chop off twigs and branches, so the fledgling plant can reach the light - and blossom into a beautiful tree.

Prune isn't just a clever problem-solving game. It's not just a great tech demo for code that can create self-designing trees. It's a piece of digital poetry, which slowly and subtly reveals itself to be about something meaningful.

Few developers would be ballsy enough to leave their game's story to be uncovered in any way the player sees fit. But that's what Sam Barlow did, allowing us to uncover random scraps of Hannah Smith's police testimony simply by searching for the words spoken in each interview clip.

It makes for a mesmerising experience as you jot down notes and timelines, feverishly binge on video clips, study the nuances of Viva Seifert's incredible performance, and piece together this wildly inventive narrative in a completely personal way.

The Room is one of mobile gaming's greatest achievements. This box-poking puzzler is every bit as good as a console game, but perfectly suited to the tactile and intimate way we interact with mobiles.

This kooky mobile puzzler might actually be more faithful to the source material than this year's blockbuster, Rise of the Tomb Raider. Lara shunts around on a grid, only murders animals, and has to think carefully before every single step.

Ignore all that, though, and you're still left with a blindingly brilliant head-scratcher. Each stage is almost like unlocking the secrets of some mystical contraption, as each puzzle-piece twists and moves with perfect, predictable choreography.

At first glance, you might assume Downwell is cribbing from the big book of Spelunky (though, there are worse games to copy). It's got the same structure, the same item shop, even the same number of hearts.

But boy would you be wrong. With its bullet-spewing boots, Downwell is twitchy and chaotic next to Spelunky's brief spurts of violence. And with its combo system, the game is lightning fast compared to Spelunky's trepidatious crawl.

It's as (or, almost as) good, but also very much its own game.

This War of Mine
By 11 bit studios s.a. - buy on iPhone and iPad
Subscribe to Pocket Gamer on

Your typical war game focuses on the soldiers. The snipers. The tank commanders. The killers. But what about everyone else? The innocent civilians, trapped in the blitz?

This War of Mine tells their story. This traumatic survival game is about scavenging for supplies, treating wounds, and dealing with intruders. And you'll make your own unforgettable war stories as you go along.

Call of Champions
By Spacetime Studios, LLC - buy on iPhone and iPad
Subscribe to Pocket Gamer on

Many developers have tried to capture the magic of MOBAs on mobile. But, for our money, only one has really succeeded. That's clever ball-pushing battler, Call of Champions.

It succeeds by distilling the genre down to its elements, gets rid of the boring bits, and makes the matches five minute a piece. It's not trying to cram DOTA 2 onto your iPhone. It's doing it's own thing, and it's doing it damn well.

Not since SSX has a game so adeptly captured the zen-like calm of weaving down a mountain of white stuff. With elegant controls and easy movements, there's something wonderfully relaxing about cutting up the piste in this game.

Skiing Yeti Mountain is also a triumph of mobile-friendly design. Everything from its progression system to its unlockable outfits, from its cheery advertising model to its drip-fed story, fit perfectly on iOS.

Touch your iPad with your nose. Sing into the microphone. Drop your prized Apple gadget on the floor. Just three things you'll need to do to solve the 100 oddball puzzles in Progress.

This game uses every aspect of your smart device to come up with puzzles - not to make you think, so much, but to you make you laugh and smile. And boy does it pull off its mission.

Modern RPGs are all about stat building and narrative, with designers forgetting that puzzles were once an essential element. Legend of Grimrock put a stop to that rot.

By resurrecting the dormant genre of first-person dungeon crawling, it created some fiendish conundrums. Then it threw in some Ice Lizards and other vermin to stop you getting to them in the first place.