Death to all that hide in the dark 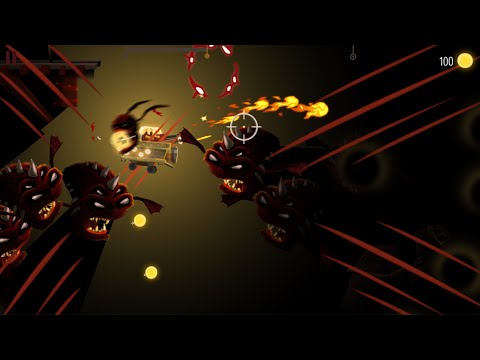 The next in Upopa Games's Hopeless series is a full-fledged sequel that involves shooting monsters down to escape a cave.

No surprises that it's called Hopeless 2: Cave Escape, then.

Compared to Hopeless: The Dark Cave and Hopeless: Space Shooter, the major addition in Cave Escape is motion.

Rather than standing on the spot, shooting monsters as they come in from the sides, the blobs in Cave Escape are riding a runaway mine cart.

It's a small addition but it gives the game the dynamism of a rollercoaster. Levels feel less predictable and the added pace gives the game series a renewed energy.

It certain seems to have done the trick as Cave Escape has proven quite popular in the week it has been out.

You can check it out yourself by downloading Hopeless 2: Cave Escape for free on the App Store and Google Play.