Final Fantasy is one of the most established and venerated video game franchises to date and for good reason.

Final Fantasy III, IV, V, and VI are now all available on NVIDIA SHIELD, which provides a great opportunity to revisit the series that has enchanted generations of gamers from around the world.

Here is why all four Final Fantasy games are must-play RPGs on SHIELD.

Final Fantasy III centers on the tale of an ordinary village lad named Luneth, who, following an earthquake, enters a fissure that has opened up.

He soon discovers a cave beyond, gets set upon by goblins, then discovers a strange crystal that tells him he is destined for great things before magically transporting him back to his village.

This sets in motion events that will see Luneth and his small band of adventurers travelling to far lands, battling great evil, and saving the world.

This was the first game in the Final Fantasy series to sell more than a million copies, and for good reason. The developer made some innovative design decisions that really caught the public's imagination. 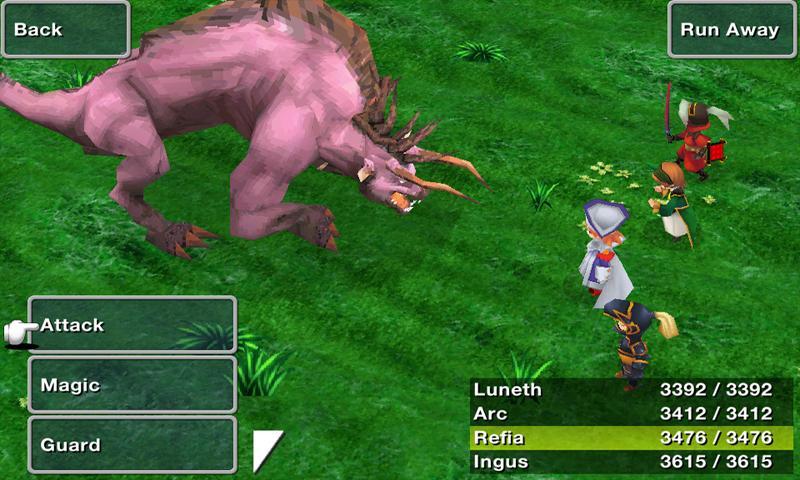 A system of jobs, or classes was introduced enabling players to assign any given job to each of their characters.

In total there are 23 job categories: Warriors, monks, mages, thieves, knights, ninjas, and summoners among others.

Even though each character shares similar basic abilities, jobs enable them to specialize in specific areas.

It's possible to switch jobs at will and with four characters in your party, that means there's huge scope for changing your line-up, experimenting with the results and seeing what is the best fit for you.

Final Fantasy IV focuses on the not-so-everyday tale of a Dark Knight named Cecil, a resident of the Earth-like Blue Planet, which is made up of the human Overworld and the dwarfish Underworld.

The planet is under threat from a sorcerer named Golbez who is looking to find four magical crystals that will enable him to destroy the world, a somewhat mean-spirited life ambition. 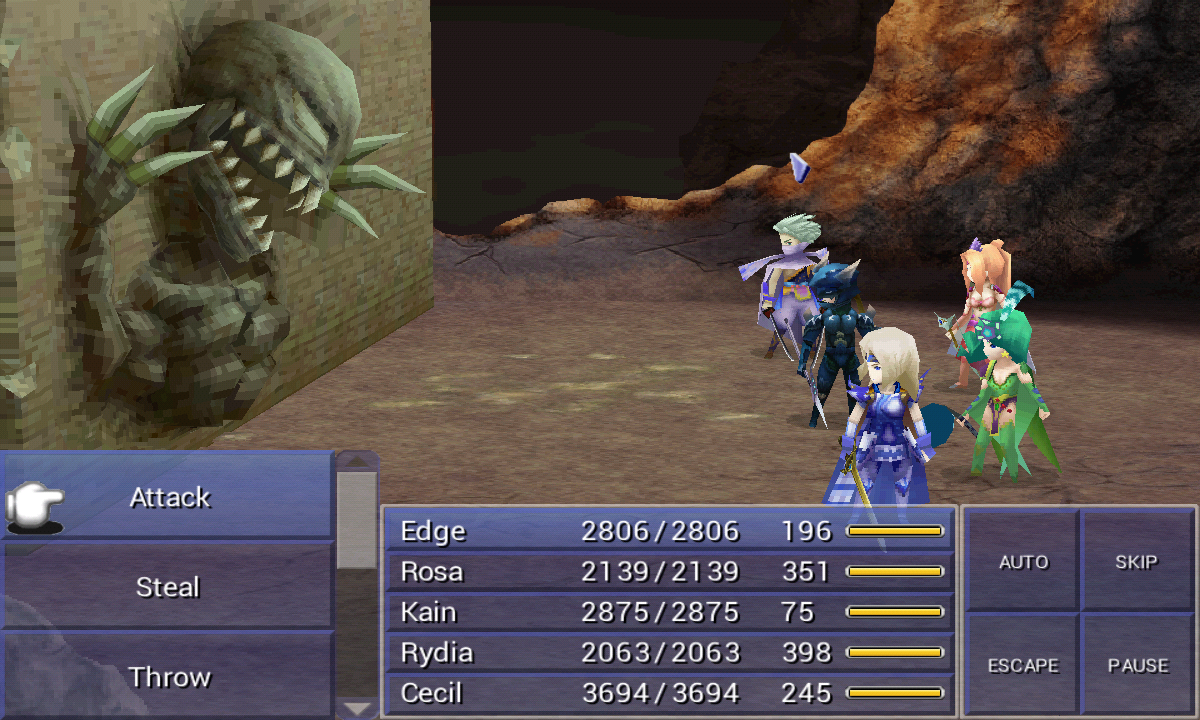 Keeping fans on their toes is what Square Enix does best so this time they ditched the job system, relying instead on having 12 playable characters over the course of the game.

More importantly a new combat system, Active Time Battle, was introduced. Unlike the previous turn-based system, ATB enabled players to input commands for their characters in real-time in the heat of battle providing much less stilted combat encounters.

It was a system that heavily influenced future RPG developers.

Meet Bartz, a carefree wanderer who happens across a meteor that has fallen to Earth.

Through talking to other characters, Bartz discovers that an evil sorcerer named Exdeath - who was imprisoned 30 years previously - is trying to exert influence on four elemental crystals in order to orchestrate his escape and wreak havoc on the world.

It's up to Bartz and his chums to keep the crystals safe from Exdeath. What are the chances of that? 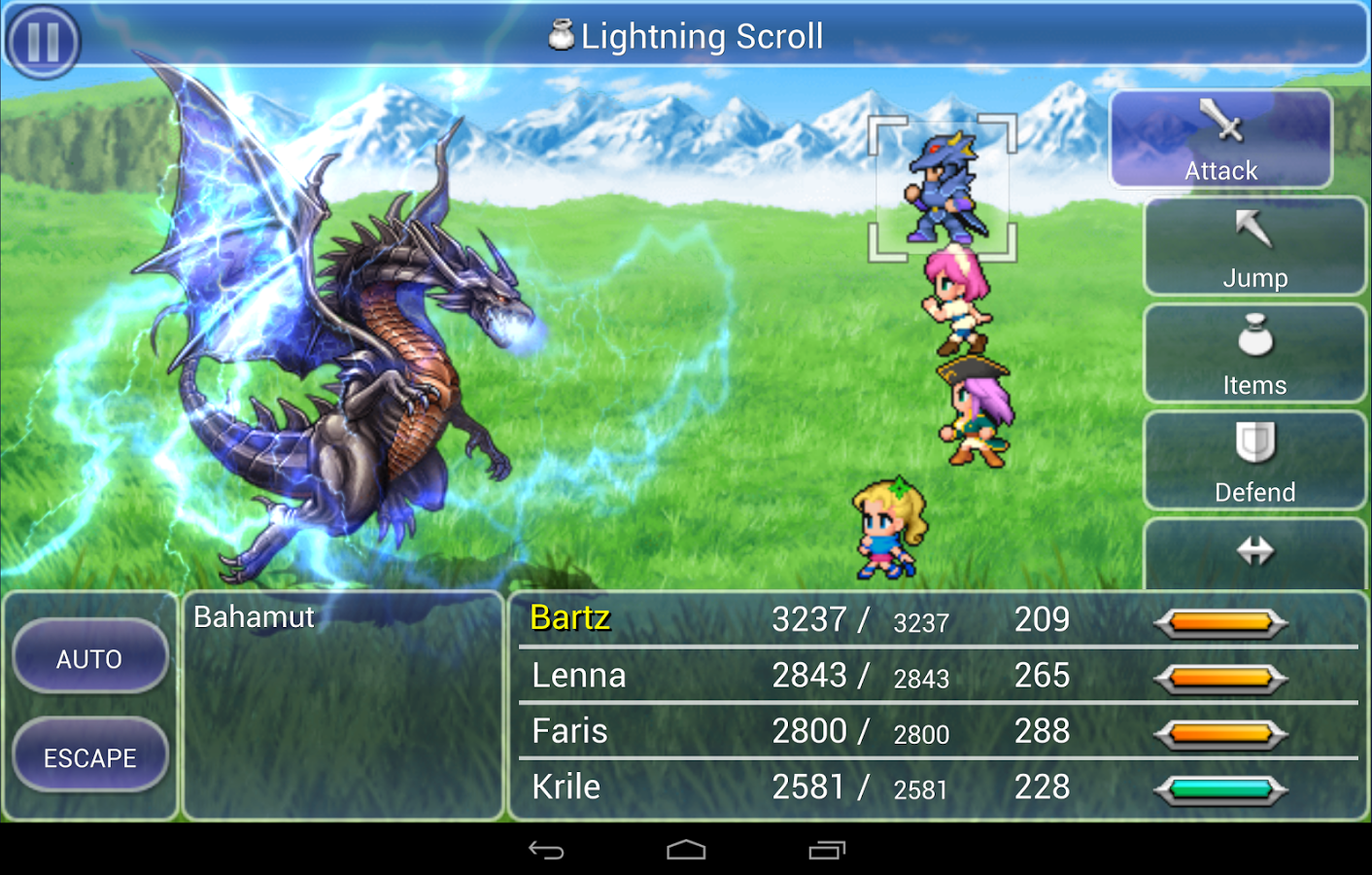 This fifth Final Fantasy game was very much an opportunity for Square Enix to consolidate all the elements that were great in the previous games and roll them all up in an even grander, more epic adventure.

The combat system is further finessed and the job system makes a welcome return in an expanded form with players tasked with collecting crystals to unlock new jobs then leveling up as many different classes as they care to use.

There's a boggling array of classes and options and it represents a major part of the game's charm.

Final Fantasy VI takes a rather different dramatic turn away from the previous traditional fantasy themes.

This time the game is set in a huge world comprising three continents featuring a fantasy / steampunk visual style and theme.

The enemy is the Emperor Gestahl who leads a ruthless dictatorship. The planet's only hope is a young, shy half-human former slave girl named Terra Branford who clearly has her work cut out for her. 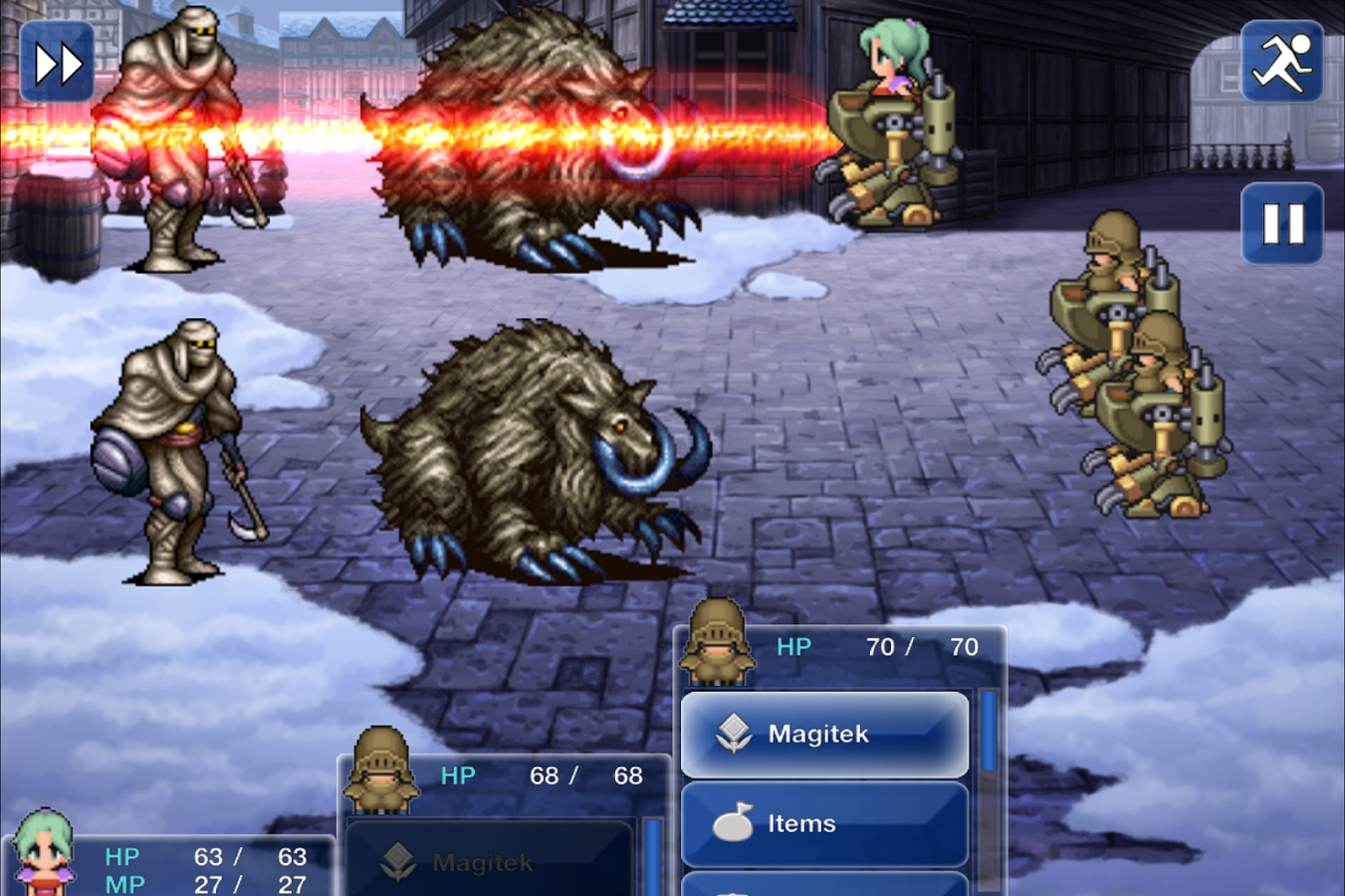 In this sixth outing it's really all about experiencing this dramatic change in artistic direction. The themes are huge, as is the game world, which alters significantly as a result of major events during the story.

Then there's that steampunk flavor. Sure, there are still strong elements of fantasy and magic, but now we inhabit a world of steamships, railways, explosive battles and military hardware.

Plus, you get to take control of fourteen characters, which is significantly more than in previous releases.

Final Fantasy 3 through 6 are cheap on Android this week