Now that it's brought Deponia and A Whispered World to iPad, the target of Daedalic's next port is the 2012 eco-thriller adventure A New Beginning.

It follows a retired bio-engineer called Brent Svensson as he's reluctantly forced into preventing a climate disaster that will ravage the planet in the future.

A woman called Fay travels back in time from this grim future and tells Svensson that only his research will prevent the catastrophe.

"After initially meeting her with healthy distrust, the gruff man soon starts to believe the time traveler's story," writes Daedalic.

"As Svensson's research is about to fall into the wrong hands which could result in worldwide disaster, he decides to help her." 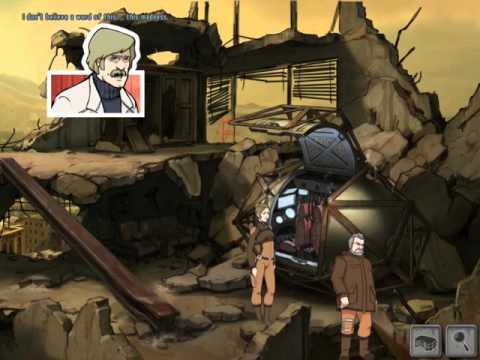 Daedalic hasn't announced exactly when A New Beginning will turn up on iPad but it has told us it'll cost £7.99 / $9.99 when it does arrive.

While it never happened in the end, A New Beginning was originally coming to Nintendo DS, as we reported way back in 2008.

Want more? Check out our growing collection of A New Beginning articles!

Out now: Plummet dangerously through the center of alien worlds in Planet Diver

Eco-thriller A New Beginning coming to DS in 2009