We were hoping that Japanese arena battler Croixleur Sigma would be out for PS Vita this year, but it isn't happening.

Don't fret, it's coming to the west next year at some point (hopefully), so it's just a case of waiting a bit longer.

To satiate any urgent need for young girls with swords battling large monsters and robots that you may have, there's a new PS Vita trailer to watch.

There's three minutes of video altogether, in fact, and it even includes a good look at the cat ears you can have the girls wear. Fantastic. 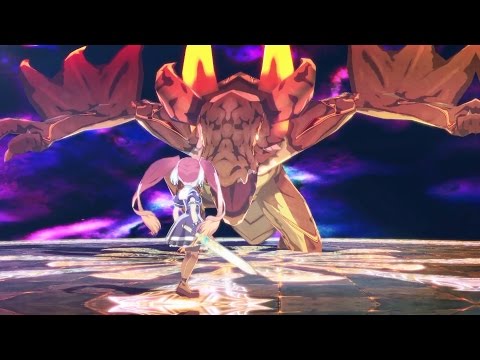 Oh, and if you don't know, Croixleur Sigma is all about battling up the floors of a tower to beat your childhood friend to the top.

It's hardly for kicks either - whoever reaches the top first decides which faction defends the queen and holds all power over the land.

But, yeah, screw the story, Croixleur Sigma is clearly all about beating up baddies and chaining combos. And that's just fine.

It's due out for PS Vita in Japan on March 5th 2016 and will be heading west after that date.

High-speed, Japanese hack-'n'-slasher Croixleur Sigma is heading to PS Vita in the west