One of the strangest things about modern mobile gaming is its transient nature. If you’re old and were a fan of the Game Boy, chances are you can fire up favourite cartridges on ageing hardware.

iPhone and iPad games? You’d best hope developers don’t set fire to their accounts, or leave the games to gather digital dust. Because sooner or later, you’ll launch them and they just won’t work. And even if some still function, chances are they could do with a major spruce-up.

This, then, is a grab-bag wish-list of titles I hope, by some combination of thumb-screws and dabbling with arcane arts and parallel universes, will one day find their way back to iPhone and iPad in super-stunning Retina glory.

Have your favourites been entirely unfairly omitted? If so, yell in the comments. 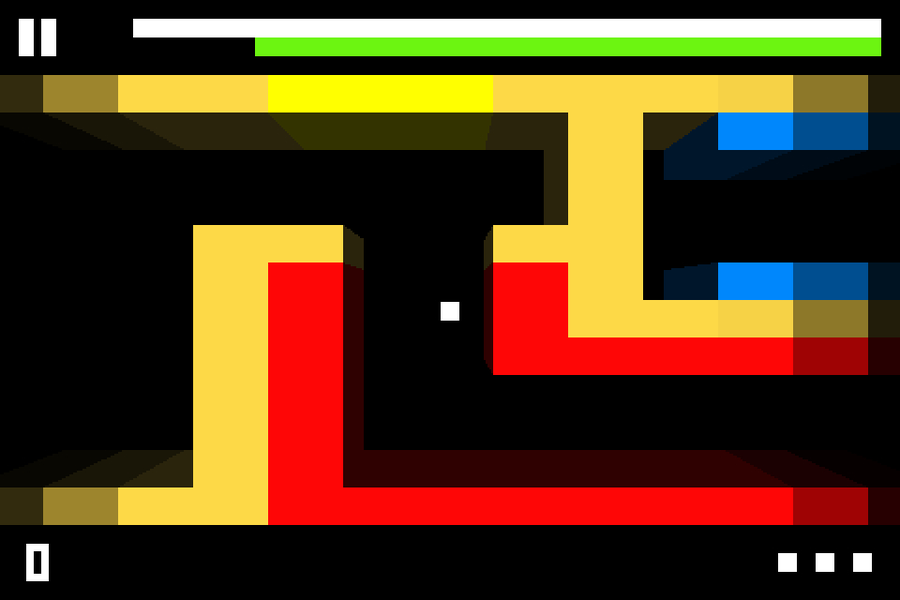 Probably responsible for dozens of smashed iPhones, Squareball was the murderously difficult fusion of Pong and a platform game.

Your ‘squareball’ ricocheted about the place as you dragged and swiped levels (rather than directly manipulating the ball itself), trying in vain to avoid insta-kill red blocks and somehow make the exit before the timer ran out.

Brutal and brilliant, it’d work perfectly on modern devices just by scaling up its chunky graphics (and possibly adding a ‘wuss’ mode to avoid the aforementioned iPhone smashage). 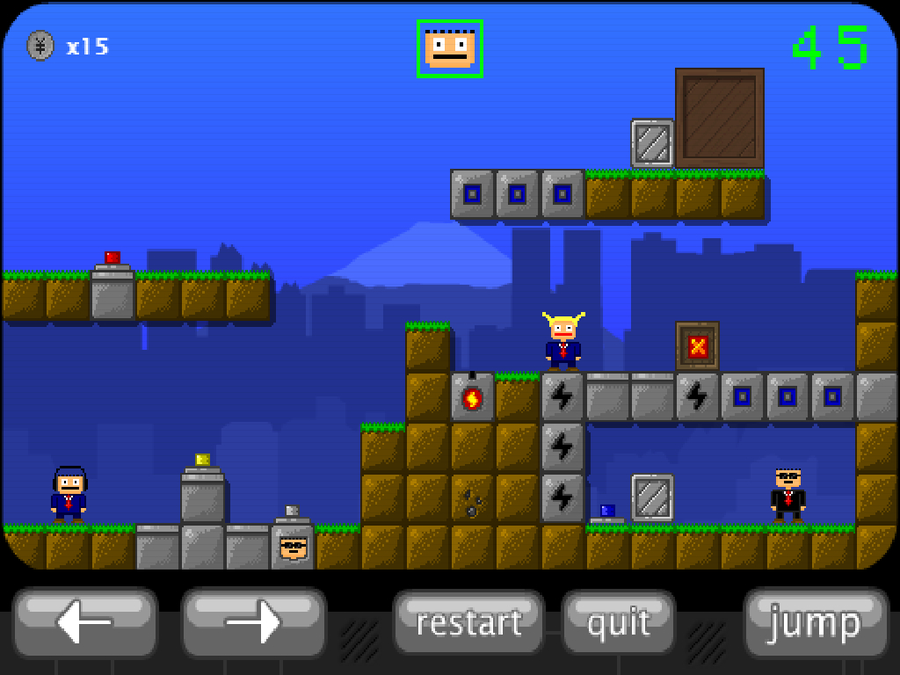 It wasn’t so much a hard life as a hard death for this office worker. Across 50 potentially bloody levels, you had to figure out how to off Mr Karoshi. It started easily enough, mostly through having him leap on to spikes.

Before long, though, your brain was taking a beating from a briefcase smelling of cubicles and fading dreams, as you tried to figure out which combination of switches, platforms and other devices would send the worker on his way. 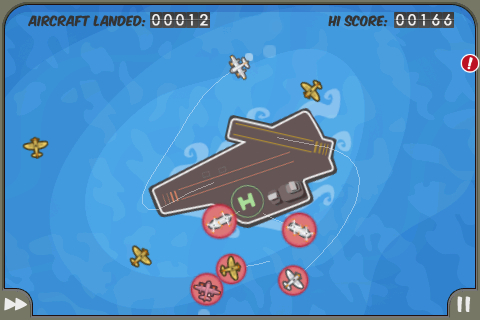 If you weren’t there in the early days of iPhone gaming, you won’t realise just how amazing Flight Control was. You drew flight paths for planes. With your fingers. For a generation of joystick junkies and gamepad mashers, it was a revelation.

To be fair, that it was a really good game helped.

Before long, you’d have a very clear sense of why air-traffic controllers are so stressed, juggling a dozen flight paths, trying to stave off that single collision that would end your game. EA ruined everything by buying developer Firemint and infusing the game with IAP. Recently, Flight Control was grounded for good. Boo and, indeed, hiss. 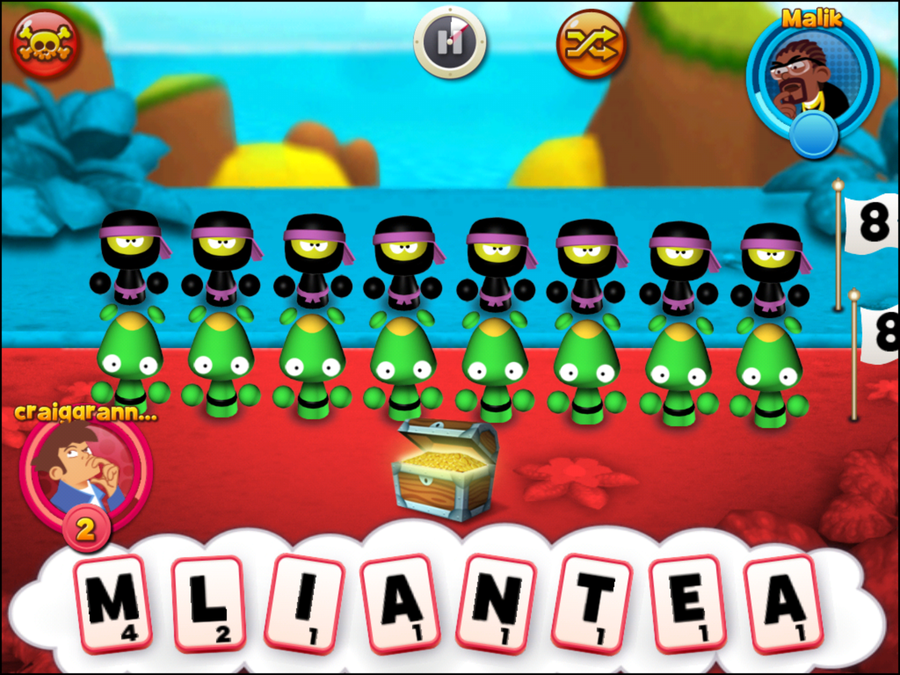 Quite why no-one had smashed Scrabble into Risk with a hammer before, I’ve no idea, given how ridiculously great Quarrel Deluxe was. Your little critters would scoot about tiny boards, and attack using the most cunning of weapons: anagrams.

It was a bit like a round on Countdown, only the winners got to smack the losers with those huge letter tiles.

Given the huge popularity of word games on mobile, it’s baffling this one never really troubled the charts. It was charming, smart, vibrant and hugely playable. But now it’s gone, leaving its fans an anagram of ‘ctdwonas’. 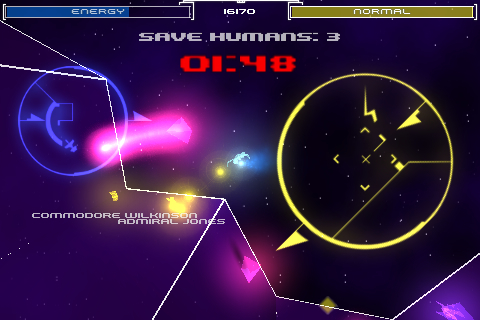 The aim was to venture deep into enemy territory with your craft, blowing up gun emplacements and rescuing idiots who’d gotten themselves trapped (and, amusingly, had names wrenched from your Contacts app).

Moving, thrusting and shooting required serious arcade skills and dexterity, lest your ship end up a neon smear on a neon rock face, making all your captured neon chums cry little neon tears. 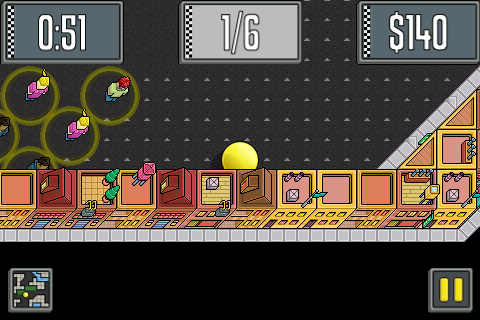 Here’s another semi-random ‘what if we combined THIS and THIS?’ game that worked wonderfully. Taxiball glued Marble Madness to Crazy Taxi, and the result was, frankly, an awful lot more suitable than Crazy Taxi ever managed to be on iOS.

It is a little bit weird seeing people carted about on the top of a roaming ball, but this Labyrinth-style effort was astonishingly good fun back in 2009. Which makes it a great shame 2009 was also the last time it was updated. It’s still available (for free, in fact), but could do with some serious love for modern devices. 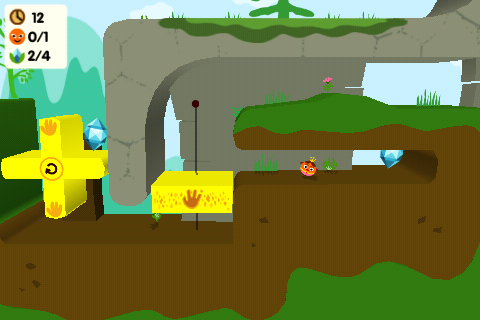 One of the very few games to ever score a perfect 10 here on Pocket Gamer, Rolando was the breakout hit that wasn’t. Or at least wasn’t enough.

It featured ball-like Rolandos that you guided to each stage’s exit by way of tilting and swiping. Even though its controls and gameplay have since been superseded on iOS many times over, Rolando has aesthetics and level design that would make it still worth buying today — if you could download it. Which you can’t. 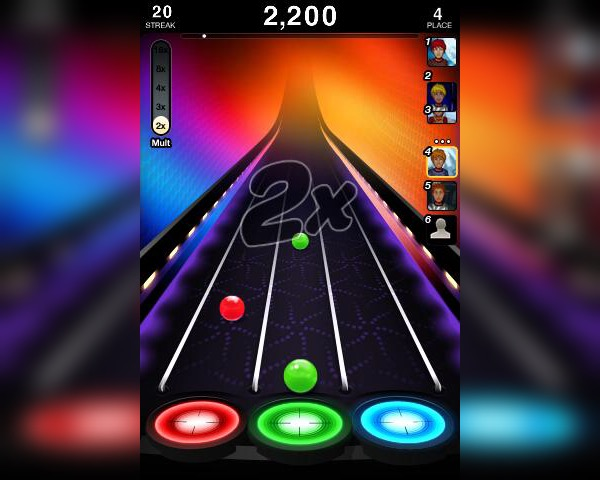 So old it pre-dates the App Store, the original Tap Tap Revenge (Tap Tap Revolution) required you to jailbreak your iPhone in order to play.

Inspired by Dance Dance Revolution and today coming across like a stripped-back Guitar Hero, Tap Tap Revenge became a launch game on the proper App Store, spawned some much-loved sequels, and then after five years was abruptly tap-tapped out of existence by then-owner Disney, probably because the mouse’s stupid sausage fingers meant he couldn’t get really high scores. 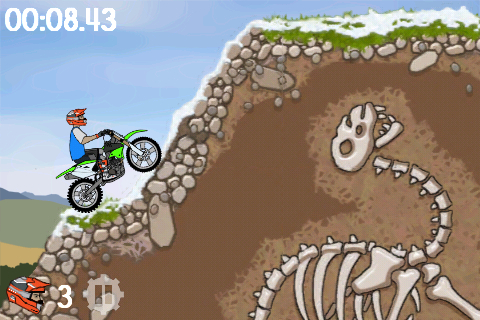 There are loads of trials games on iOS, and even when Moto X Mayhem first appeared, it was far from unique. Still, its ragdollish physics and oddball humour (such as skeletons of previous riders at the bottom of canyons) won it a lot of fans.

Said fans can still download it today, but try to download any of the extra levels via IAP and you’ll get an error message, thereby wasting 79p and leading to you writing an email to Tim Cook about the terrible unfairness of it all. 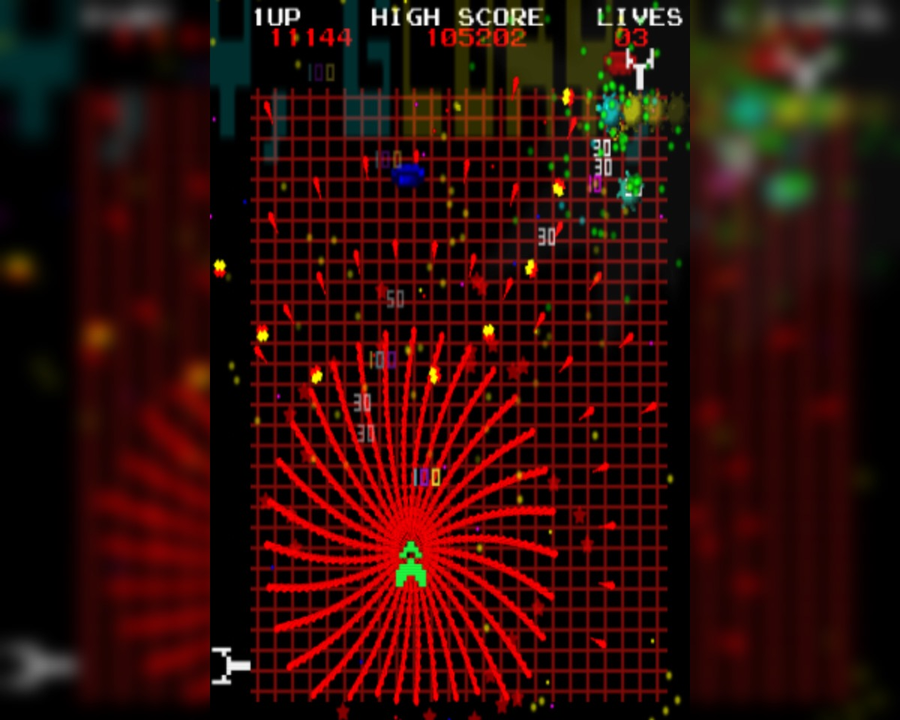 The finest single-screen shooter on iOS isn’t actually gone from the App Store just yet, but it is a little bit broken. Originally, you could flip your device into landscape mode to play a version of the VIC-20 original. Now, it plays upside-down.

That’s not the worst thing ever, but developer Jeff Minter quit iOS long ago and has no plans to return. The VIC-20 Gridrunner weirdness is just a little taste of a future iOS where there’s no Gridrunner at all. And no Minotron. And no GoatUp. AIEEEE!