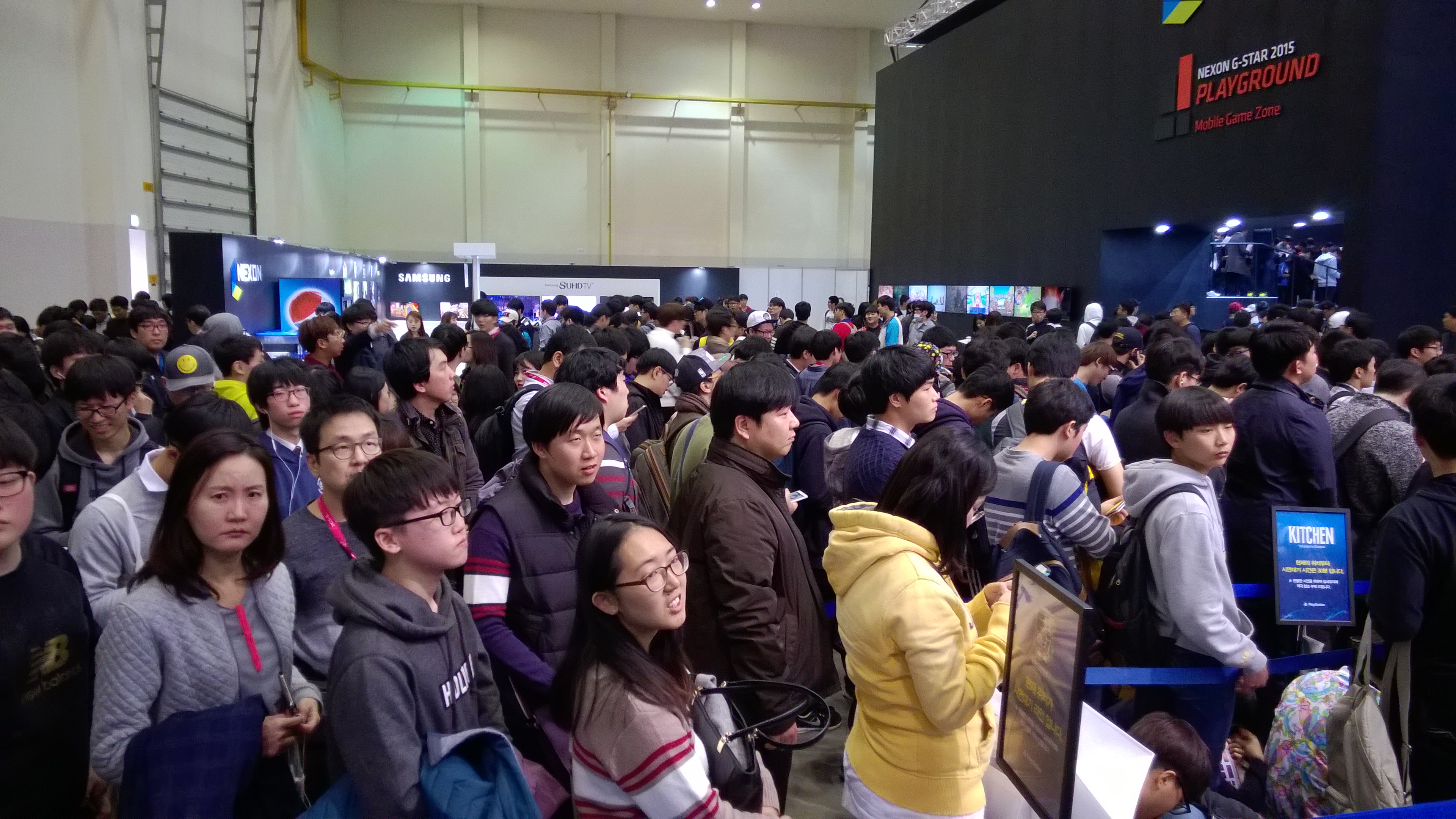 The noisy, crowded consumer area at G-Star was divided into pavilions, some of which had hour long queues to play RPGs in Korean for a few minutes, though the busiest was certainly the Sudden Attack 2 megabooth. (Elevator pitch: Counter Strike with bikinis.)

After visiting the 4:33 booth, where I saw three games and watched a million-dollar showreel for a few more, I decided not to spend too much time queuing for the others.

It's not that the games weren't good – it's just that they were very Korean, with names like Eternal Clash and Lost Kingdom, and as a group they're difficult to triage in a foreign language while a queue of gamers looks on impatiently.

So I'll let 4:33 be the representative of the high budget segment of the Korean mobile games industry.

The 4:33 megabooth was a monument to the company's success - it attracted a $110m investment from Tencent and Line last year, and has cast Orlando Bloom in the ad campaign for Lost Kingdom. Pretty good for a developer you've probably never heard of.

The booth comprised several shipping containers, filled with phones and comfy chairs, and it was guarded by the coolest security people I've ever seen.

Just LOOK at them. 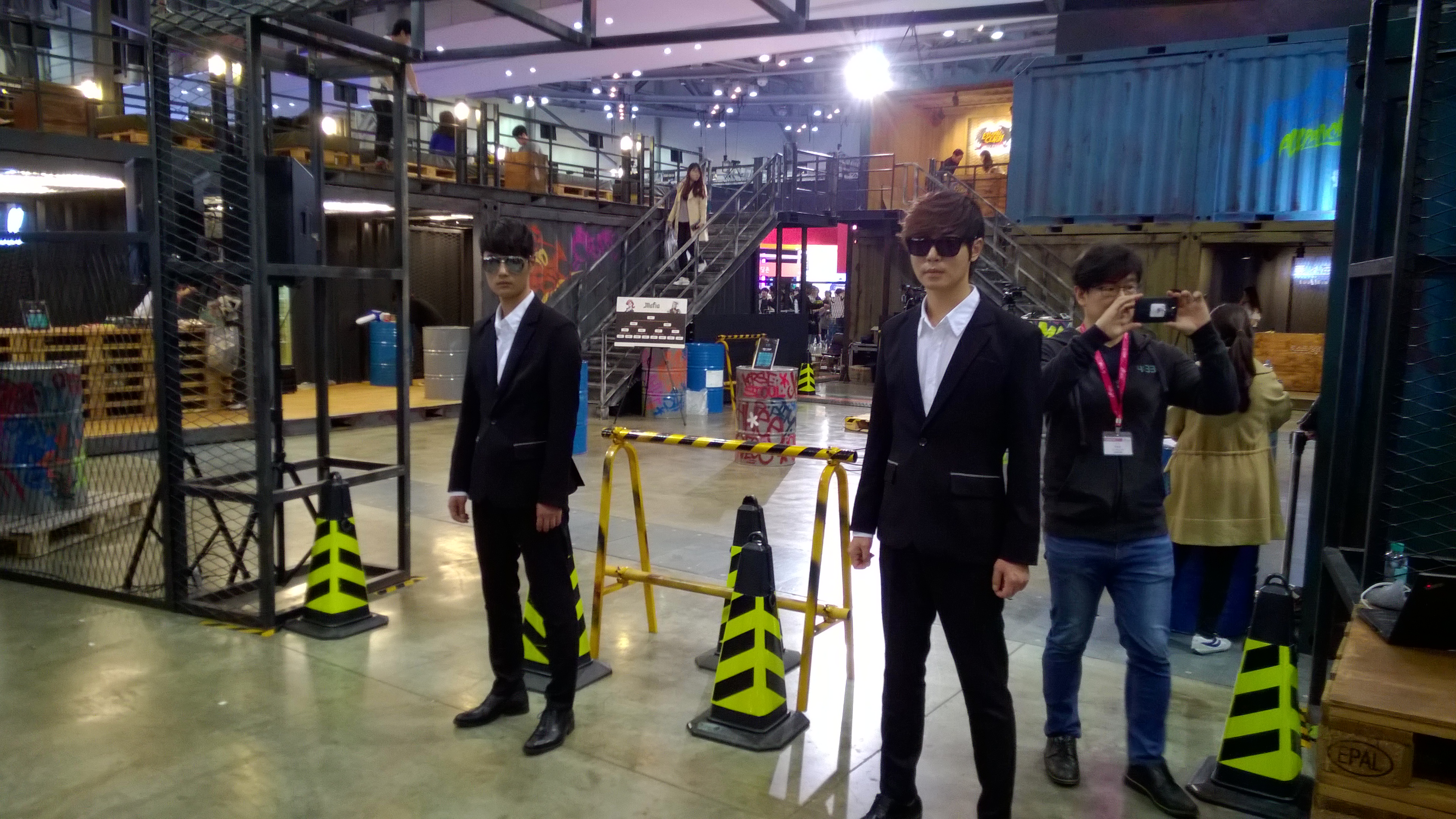 Don't mess with these people

The first game I saw was Lost Kingdom, a 3D action RPG with unbelievably crisp, beautiful graphics. In the two minutes or so I had with it I ran around a fantasy castle environment chopping up enemies with a preposterously large axe and deploying special attacks that filled the screen with shuddering blue light and numbers.

Next I played Mafia, an action game obviously aimed at a global – if not specifically western – audience. The gameplay I saw involved using touchscreen controls to shoot attritionally from the window of a moving car at another car.

It's fairly polished, but not outstandingly. And it's not very much fun. The problem is that it uses touchscreen controls to mimic gamepad controls, which few developers manage to get away with, and it all just feels very primitive.

Between rounds you can visit a bar to gamble for credits, go to a gun shop, and buy drinks. This seemed pretty neat, and it's possible that there are other stages showcasing better gameplay, but on the strength of what I played Mafia feels like an ill-judged attempt to appeal to western console gamers with a mobile action game.

The last of the games I played at the 4:33 booth was Eternal Clash, a polished castle defence game that was, well, fine as far as I could tell. Three minutes isn't long enough to make a real judgement, but the cartoony graphics are full of character and the interface is clean.

Remember when I said I only visited the 4:33 booth because of the queues elsewhere? I lied. On the third day of the show I managed to sneak (read: walk unchallenged using my exhibitor pass) into the consumer area before the crowds arrived. 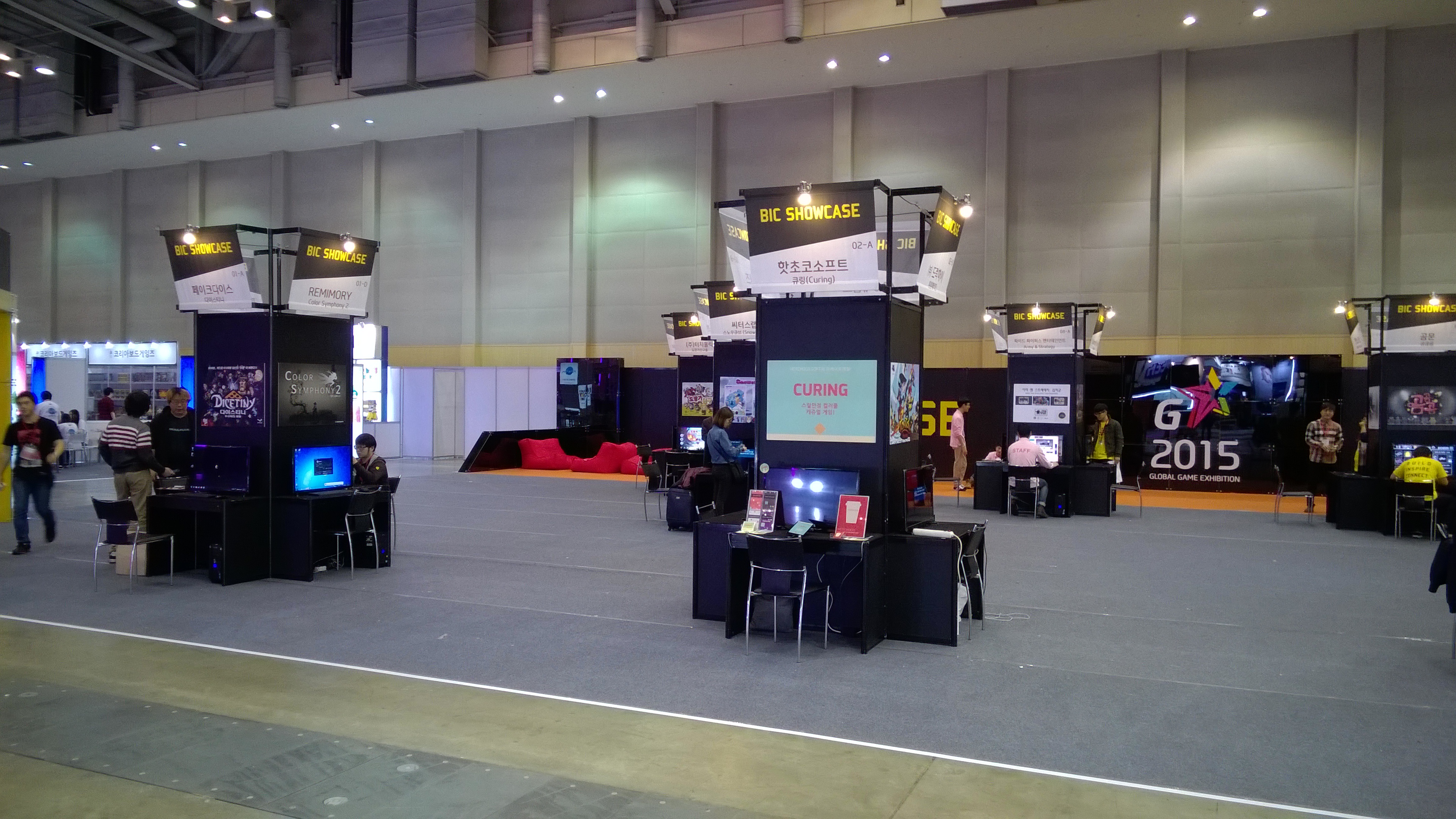 On the Nexon (Pocket MapleStory, Fantasy War Tactics) megastand were two mobile games, being shown on Galaxy S6 handsets. The first was Legacy Quest, a blocky roguelike that's out on Android and in New Zealand on iOS.

Legacy Quest looks pretty interesting. Yes, it's a free-to-play RPG from a mobile giant, but it also has characteristics that should appeal to core gamers, such as permadeath and procedurally generated dungeons.

According to a highly detailed VentureBeat article earlier this year, many of the developers are ex-Rockstar, and their influences include Dark Souls, Diablo, and Torchlight. Legacy Quest is clearly designed to appeal to as broad an audience as possible, with a mix of hardcore and casual elements.

It looks nice, plays well, and I think it has promise.

The other game on display had the equally generic name of Super Fantasy War. This Disgaea-esque tactical RPG has been in the works for a long time, it'll eventually be out for Android and iOS, and it looks fine. 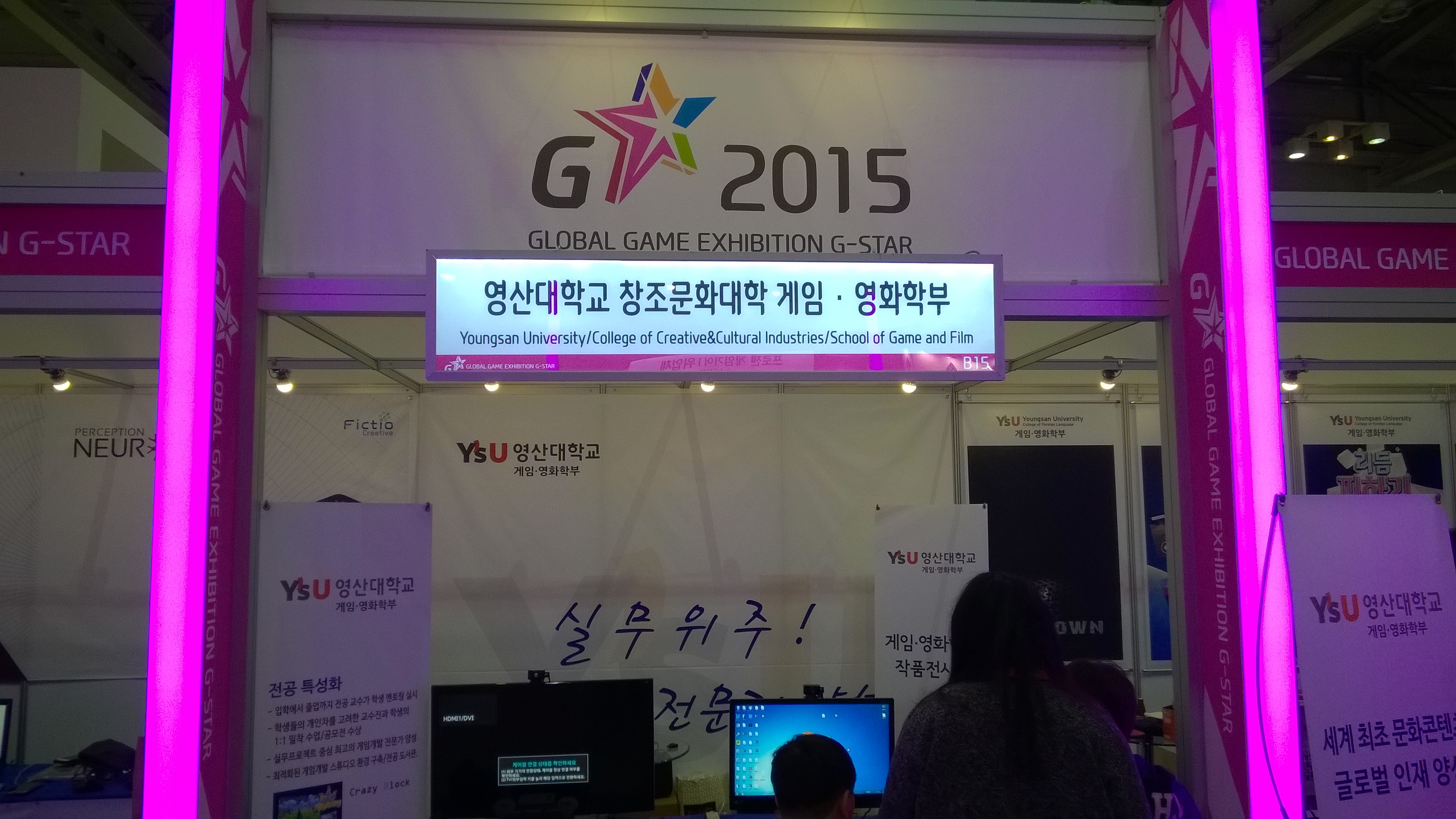 I'm sorry to say that I didn't play a single decent game at these booths, which is understandable given the relative inexperience of the developers populating them. Since none of the games is commercially available either I'll just ignore these and move on to the most interesting part of G-Star: The BIC Showcase.