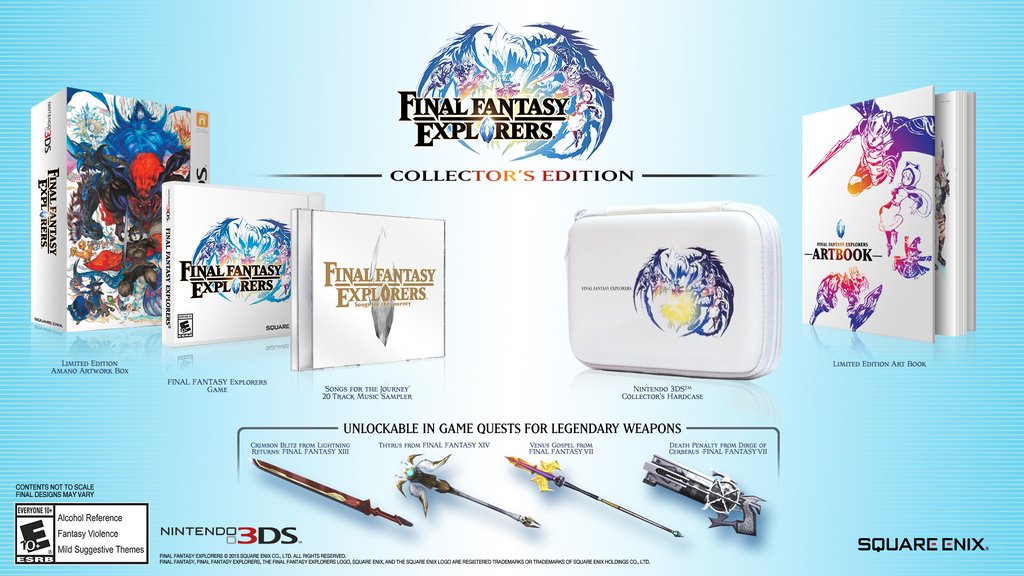 Final Fantasy Explorers - the Monster Hunter-like spin-off - is getting a Collector's Edition when it comes out for 3DS on January 26th 2016 in North America.

It'll come with a the soundtrack on a CD, a special 3DS hard case, an art book, and exclusive in-game quests that'll net you classic Final Fantasy weapons.

It was also revealed that all of the DLC that's available for the Japanese version of Final Fantasy Explorers will all be included in the initial release of the western version.

Final Fantasy Explorers is a co-op focused RPG in which you hunt huge beasts. There are 20 different classes and you can play as classic Final Fantasy characters including Cloud, Tifa, and Cecil.
SEE COMMENTS

Final Fantasy Explorers is heading west on 3DS in January 2016