Buster Sword and all 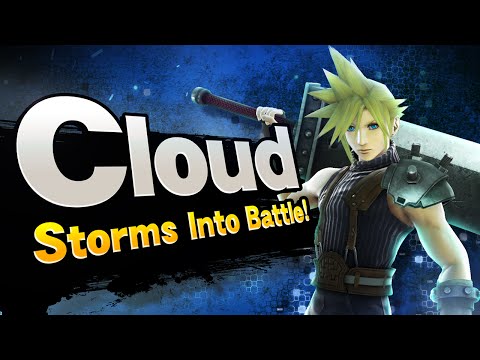 During the Nintendo Direct last night, it was announced that Cloud Strife from Final Fantasy VII would be coming to Super Smash Bros. for Wii U and 3DS.
As you can see in the trailer above, Cloud will come with his Buster Sword, as well as limit breaks, an Odin summon, and an alternative Advent Children costume.

You can also see a Midgar battle stage in the trailer that should be added to Smash Bros. once Cloud arrives.

Finally, at the end of the trailer, you can see new Chocobo costumes for the Mii fighter. Unfortunately, we don't have a date for these new additions.

Cloud will be the latest in a line of DLC characters added to the platform-fighter following previous additions including Street Fighter's Ryu and Fire Emblem's Roy.

Hyrule Warriors Legends to get Linkle - a female version of Link