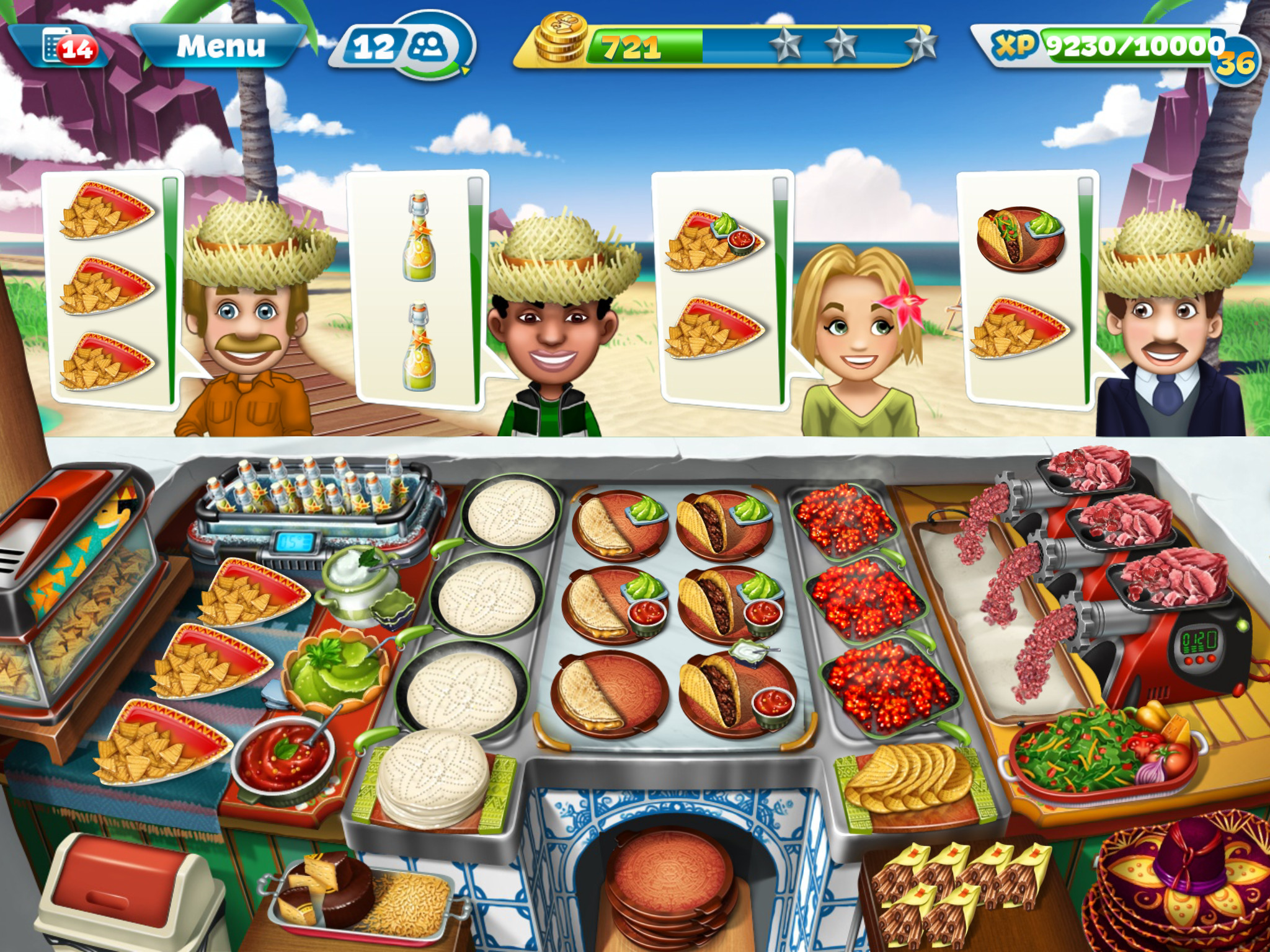 Nordcurrent has released the latest update for its hit restaurant management sim, Cooking Fever, which puts you in charge of Cafe Mexicana, a Mexican-themed restaurant.

Here you can serve up delicious Mexican meals like tacos, nachos, and quesadillas to your impatient customers as well as side dishes like guacamole.

The latest update proved a huge hit with you Cooking Fever fans who are clearly hungry for more considering that over a million of you flocked to the update as soon as it launched on iOS, Android, and Kindle Fire devices.

The total number of Cooking Fever downloads now sits at a whopping 60 million but Nordcurrent isn't content to rest here. New updates are planned which will add a huge variety of new restaurants and Windows Phone and Facebook versions are also in the works for an early 2016 release.

Cooking Fever is a time management and restaurant simulator in which you have to serve up an enormous variety of delicious meals to impatient customers to earn money to set up new restaurants across the globe.