How to progress in Progress

Before we start, we recommend that you do not use this walkthrough. The game isn't that hard, and it's much more fun if you figure things out yourself.

So before you read on, have another go. Listen carefully. Read the instructions a few more times. Ask a friend. And only then should you scroll down and get the solution.

You'll kick yourself when you do.

Rub a finger from left to right, slowly on the screen. And repeat. Don't do it too fast or the cat will get angry

Hold the iPad up in the air and face down, and then do a walking motion on it with two fingers

Hold something blue up to the camera. You can see what colour the game is picking up by the colour of the word "blue". Keep the blue item there until the progress bar fills up

Hold one finger on "close" and another on "the", and then drag them together. Hold until the progress bar fills

56 - Strike through this text

Swipe a finger across the top line of text. Do the same to the bottom line.

Hold the iPad up and then slowly bounce from your left foot to your right and back again.

Just doodle around with your finger

Put your device face down, in a fast motion

Turn the volume down on your device

Hold your device, then - while holding it! - drop it down to the ground. Don't let go, or this will be the most expensive app you ever bought.

Swipe your finger up and down on the screen

Quit the app. When you come back, it will be completed

Turn your iPad to face away from you. Then keep spinning until it's back to the first position

Hold one finger on the white progress bar and another on the black background. Keep them held until the bar fills completely.

Swipe your finger from the white section to the black. Keep doing this until the progress bar fills completely.

Hold a finger on the word "patience" for ages.

Do the same as "on a horse"

Tap the screen 10,000 times. As ever, use lots of fingers to speed up the process

Hold your finger on the big gap between "mind" and "the" until the white progress bar gets to that spot. Then let your finger off the screen. Put it back when the bar passes onto the word "the".

Shake your iPad up and down, then hold the screen. Keep repeating this action until the progress bar is complete.

Literally receive a phone call while in the game. Get a friend to call you.

Tilt the device down like a ski slope, then drag your finger from the left side of the screen to the right

Literally hold your device up and against the wall. It uses the gyro and the camera to know.

Turn off any internet settings on your device. To do this, open the control centre (swipe up from the bottom of the screen) and either switch on airplane mode, or turn off wi-fi.

Don't stand on your device! Just hold a finger on the word "it".

Plug your iPad or iPhone in to a power socket. Easy!

Use multiple fingers to clear the screen

Move your finger around slowly until the screen goes completely white.

Scrub your finger across the screen to erase the darker image 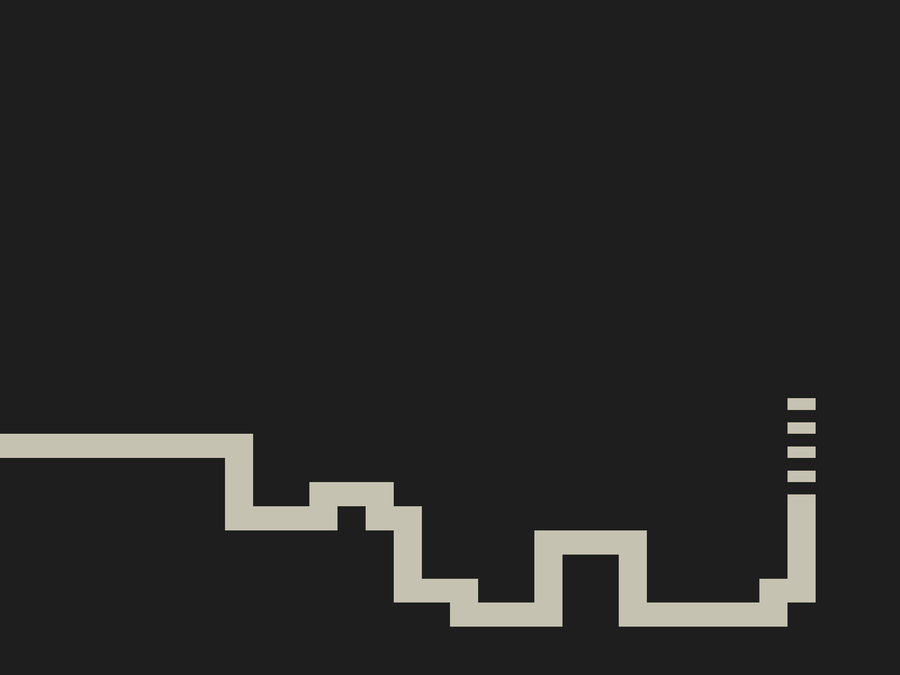 Hold your finger on the square. Then move it around to go along a little maze until you find the exit. The correct solution can be seen above (keep going along this path to finish).

Tap and hold three fingers on the three cross shapes. Then follow the movements with your fingers until the progress bar fills.

Same deal as 93, but this time you tilt the device

Use four fingers to make four Pong paddles that cover the entirety of the left side of the screen. Now wait

Use a QR code reader to scan in the code and finish the game!

Want more? Check out our growing collection of Progress to 100 articles!

Out now: Progress to 100 will have you prodding, shaking, maybe even kissing your iPhone