Oh! PlayStation VR! How is that?

It's a pretty good headset. It looks, feels, and works very similar to the Oculus Rift, but Sony has smartly shifted some of the weight into the head strap which means you're not trying to balance a brick on the end of your nose. Much nicer.

Once you're strapped in it looks fantastic (once you've adjusted everything for focus and comfort) and everything moves around fluidly. Basically, this looks to be every bit as good as the PC headsets - so console gamers shouldn't feel left out of the VR party.

This is one of Sony's main VR games. It comes from Guerrilla Cambridge, of Killzone Mercenary fame, and is a team-based multiplayer sport featuring rocket powered robots.

Kind of. Except more violent. You're in a mechanised walker and can blast the crap out of your opponents with a pair of arm-mounted cannons.

The goal of the game is to wreck your rivals until you enter overdrive mode, and then climb up and jump into the goal hoop in the middle. The arenas are much bigger and more complex than a Rocket League pitch. 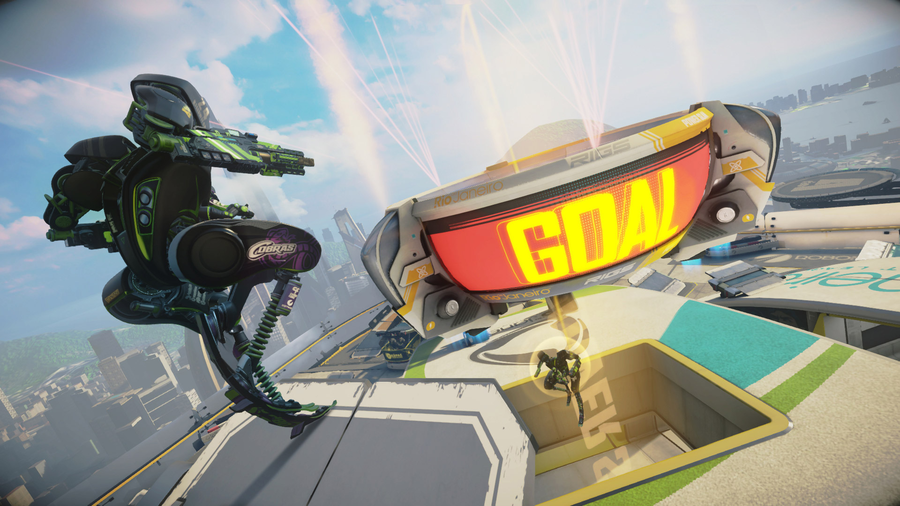 Sounds complicated - How do you control everything?

This one just uses a Dualshock, so you don't have to worry about PlayStation Move or crazy cameras or anything like that. It controls like a typical game - triggers for shooting, dual analogue sticks for walking about.

The difference is that you aim by looking. Luckily, your guns are not super precise sniper rifles - just big blasty rifles and some air cannon that fires out a propulsive shock wave - so it works out fine.

Everything comes together surprisingly fast. You only need a couple rounds before you get the controls and can go toe to toe with the competition.

Sure. It's not Rocket League. Or Call of Duty. But it's a perfectly fun game with feisty back and forth play and room for both attackers and defenders to really help out. I only played one full round, but I enjoyed what I played.

Would it be as interesting without VR? Well, maybe not. But it does fit the whole virtual reality thing well. 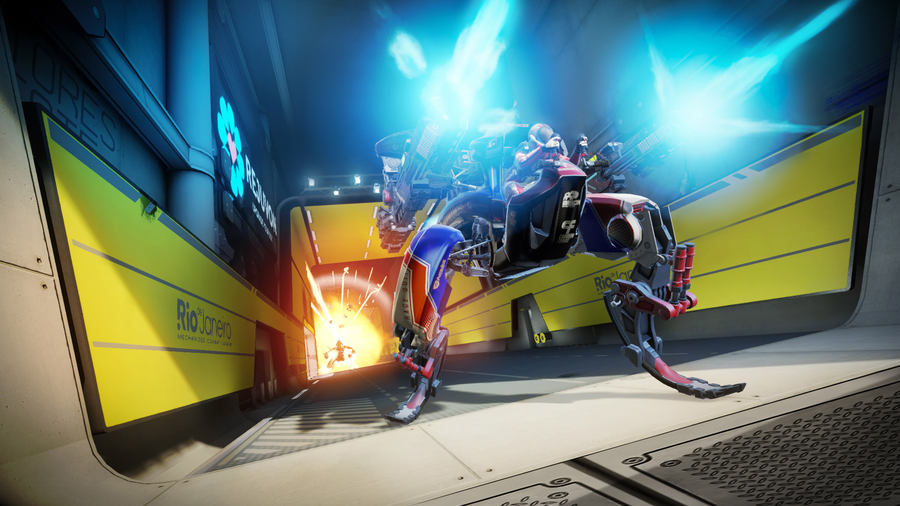 It's all about being inside the mech. It makes sense that you can both move your mech with a joystick, and also look around independently by moving your head.

Other VR games I've played where you're a human character, with a human speed and attributes, it can feel weird and disorientating to, say, move your head with a right analogue stick. It's unnatural.

Also, you have the heads up display that exists inside the game world, beamed onto the inside of your cockpit window. It sells the fiction that you're sat inside one of these things.

What happens when you blow up? Do you die?

No. The developer says this is was an important decision - violence in VR is more impactful than traditional gaming. So, to avoid you having to confront your own mortality, you don't die in RIGS. You just respawn. 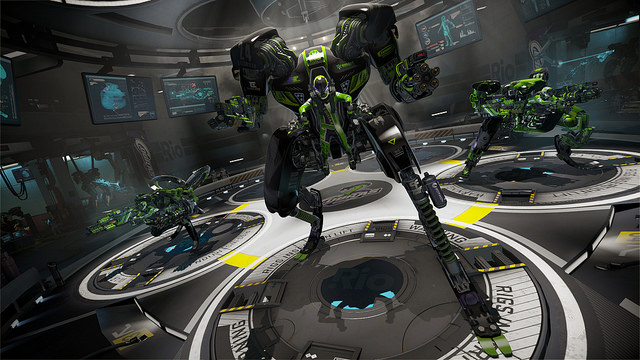 So, is PlayStation VR the future?

I'm totally sold on VR. It's immersive and exciting. That moment when you lift out of the ground in your rig fills you with equal parts excitement and terror. I didn't walk away from the PlayStation stand, I stumbled.

And PlayStation VR could be the choice for you. Don't have a high powered PC? Then just get this thing and jam it in your PS4. From these early impressions, it seems like you're going to have just as much fun.

Nintendo has announced its first smartphone game, and it might not be what you were expecting