Kung-Fu Sheep - is it good or baaaaaaaaaaad?

The troops have been playing Kung-Fu Sheep for a few days now, and here's what they've made of it. 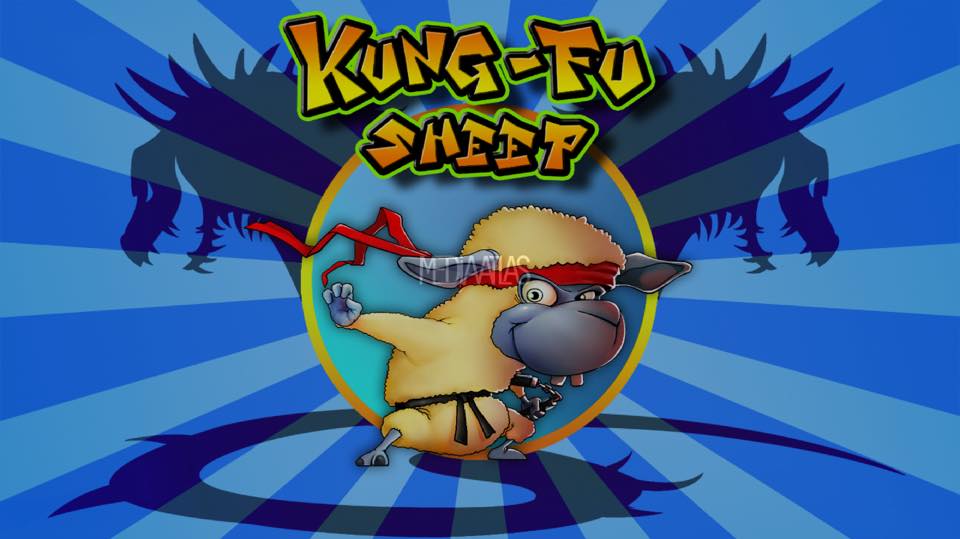 You get hit with a lot of text straight away and I have no idea what's going on, but it does seem kinda fun. Not being able to jump backwards is annoying, though.

I loved Jetpack Joyride and this has the same feel. It makes you want to get further each time you play and I look forward to seeing you all smash my scores!

The sound effects are good but I'd like to see the theme taken advantage of more with weapons like nunchucks or something.

This isn't much like Jetpack Joyride at all. That's a very good game but I'm not having fun with this.

Activating special moves is really tough when you're colour blind!

It feels really lazily put together.

I'm afraid it's not a keeper.

It's really far too slow and when you activate the sideways jump it gets even slower. And why does it need six pages of instructions? 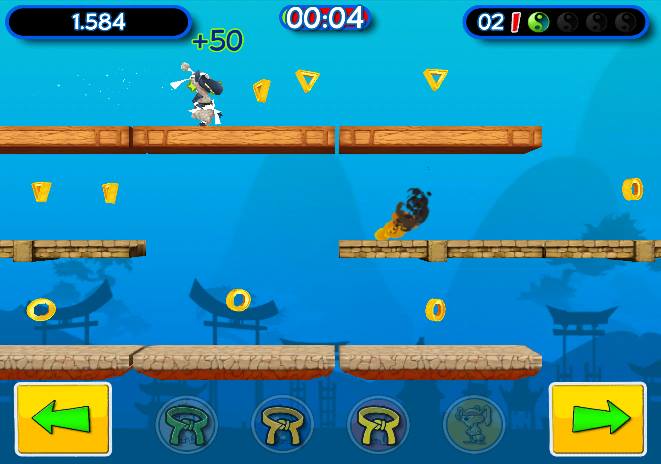 Not a fan of this, it feels very poorly made. Graphically it's awful and the gameplay is not very interesting, either. It's very repetitive and runs very slowly on my device.

It's not very creative and just seems really lacklustre.

It does make me wonder if some of these devs play their own games or even play games at all because this brings nothing new to the table at all.

I quite like this. Nothing too difficult in there: left and right and jump and swipe.

The game looks pretty good; menus, animation and art all of a high quality. I like how you have to complete levels, especially when you get to a point where it looks like it's the end and you just scrape through.

An endless running game where the player guides an absurdly dressed sheep through a side-ways running maze (I'm sold).

As soon as you fire it up, you can see two modes: Regular and Endless. Having never played the game before I went for the former, which then showed me an overly complicated tutorial screen.

The game seems a little under-polished; things like how the jump has a sort of ‘zero gravity’ effect to it, how the sheep can run right along the edge of the screen, the way I can’t seem to find a way to exit the level other than dying, as well the low quality textures and bland background.

I also managed to beat my high score quite considerably by just leaving the game running on my iPad with no input from me also says something about the level design/difficulty.

And then there’s the IAPs, which is something I don’t like.

That said, this is a free game, and with a more little effort from the developer it could turn into something great. 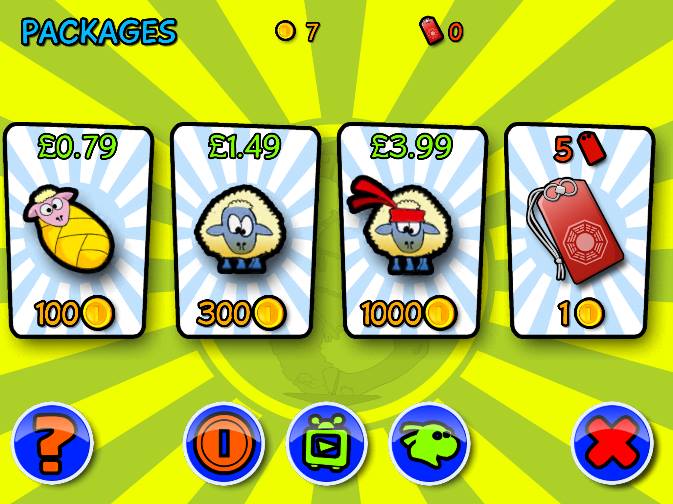 I think the levels all feel really arbitrary.

I was always a big fan of Guitar Hero, so tapping colours to win battles is a nice touch.

In general, though, I just don't think I understand the idea behind this game. I'm collecting things to get points, which is fine, but the jump responsiveness is a disaster.

The other frustration is the fights. Why can't I just run into the bunny and fight him? Why do I need a coin to make it happen? AND, when I finally get a bunny, but I don't hit the fight bunny button in time, I just get kicked in the face. I don't understand. Perhaps a video tutorial instead of words would help.

With some improvements, I can see myself playing this game a lot, but, right now, I just can't.

I agree that a video tutorial would help a lot!

There we have it, then. It would seem as though Kung-Fu Sheep has some potential, but as it stands you might be better off waiting for the developers to address some of its issues. Still, it is free, so if you do decide to check it out then let us know if you agree with the troops in the comments!

If you'd like to join our App Army yourself, then have a gander at our sign-up page.
SEE COMMENTS

Crossy Road and Shooty Skies are the new hardcore, and you're going to have to deal with it

Afterpulse - Almost certainly shouldn't be as good as it is

(Update) V4 is an open-world MMORPG from Nexon, and its global iOS & Android pre-registration campaign has now begun