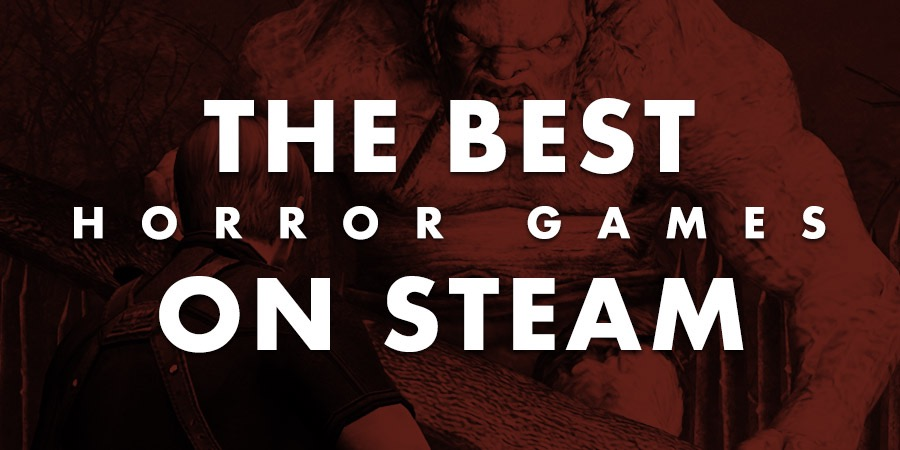 It's that time of year again when every good gamer's thoughts stray to horror titles.

That's no surprise. Video games put you directly into the thick of the action. That gives them an immediacy and a sense of ownership that books and films can only dream of.

This sense of being there is an obvious springboard for traditional scares. Yet it's also a passage to things deeper and more unsettling. The thought that you, as the protagonist, might have done unspeakable things. Unspeakable things we might all do if we were pushed far enough.

You'll find the best games in both categories below. Along with some top traditional survival horror titles. What you won't find is much in the way of action gaming. It's fear, not monsters, that make a horror game. 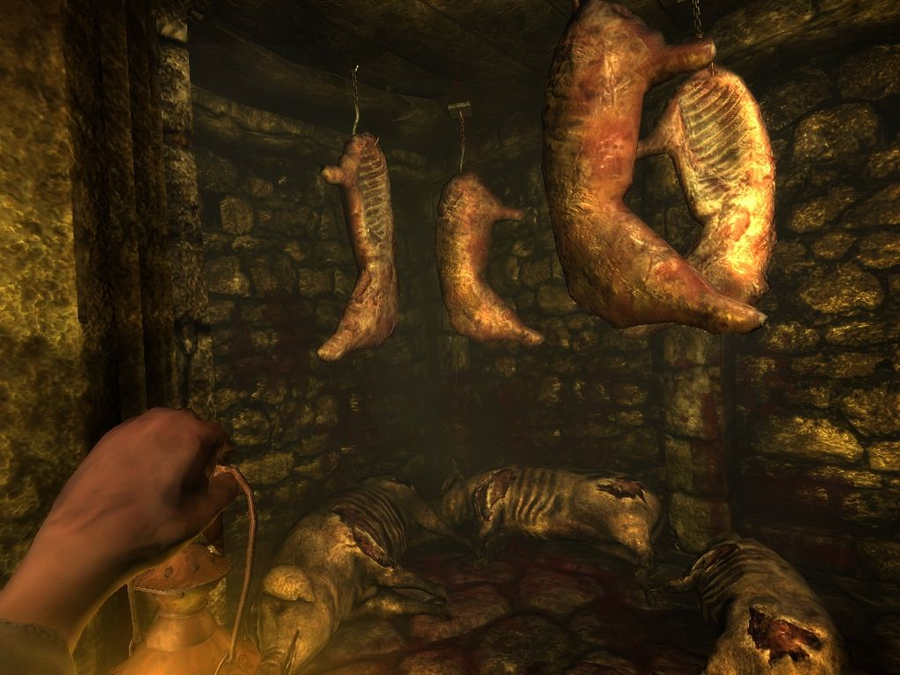 Amnesia traps you in a mechanical vice. You are defenceless against the disfigured things that stalk the game. To surive you must hide in dark places until they go away. Yet spending too long in the dark drives you insane. Until beetles start crawling across your screen and your breath stumbles out in ragged gasps.

Alone, in the dark, with headphones on I could only manage this in small doses. After fifteen minutes I'd have to turn on a lamp and text someone, just for the comfort of human contact. 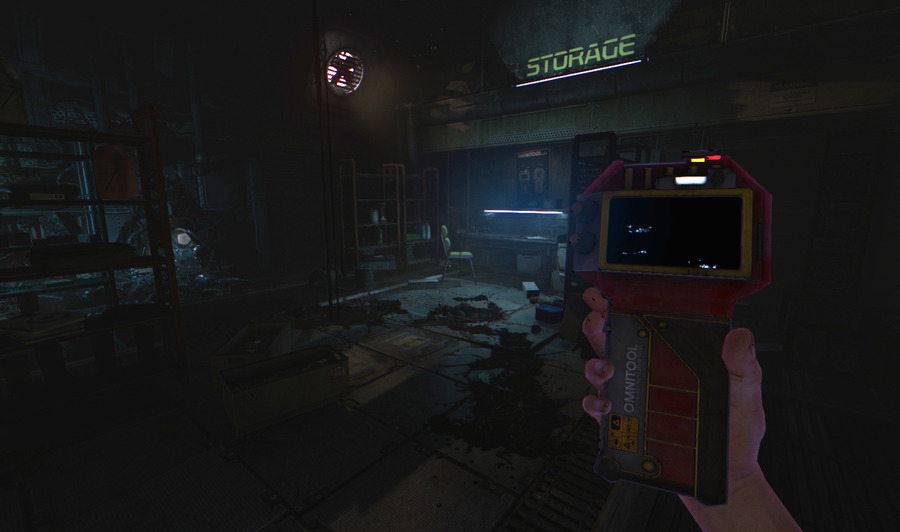 The new game from Frictional, the developer of Amnesia, trades shocks for something subtler and more insidious. SOMA tries to make you question your very humanity.

It's set in an abandoned underwater station where something has gone catastrophically wrong. There, you keep bumping into robots who believe they're people. And other robots who want to rip your head off. As the plot unfolds, it becomes clear that the former kind are actually the scarier ones. 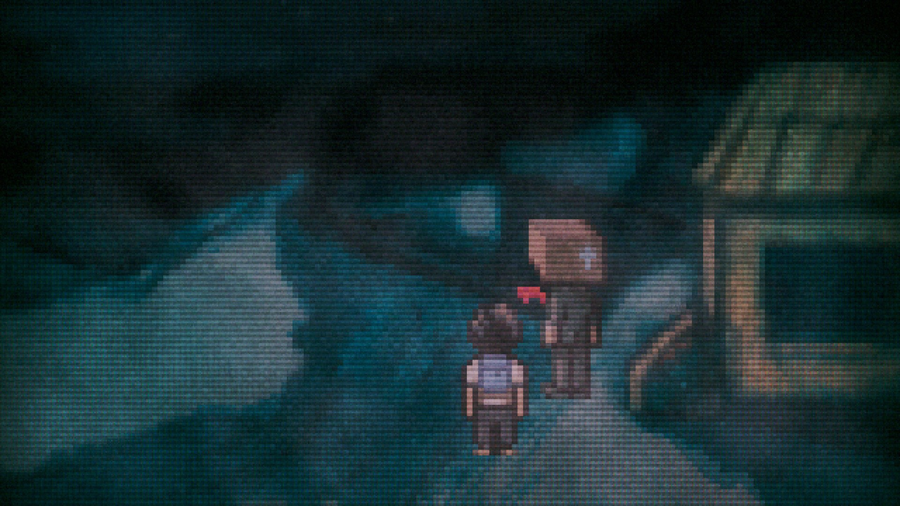 With its pixel art visuals and side-scrolling gameplay you could mistake Lone Survivor for a cheerful indie adventure game or an RPG. Big mistake.

Lone Survivor is one of the darkest alleys in the indie gaming revolution. Most of humanity have transformed into faceless, shambling things. Your avatar represents what could be the last person on earth. As food and other essentials dwindle, it's bleak beyond belief. 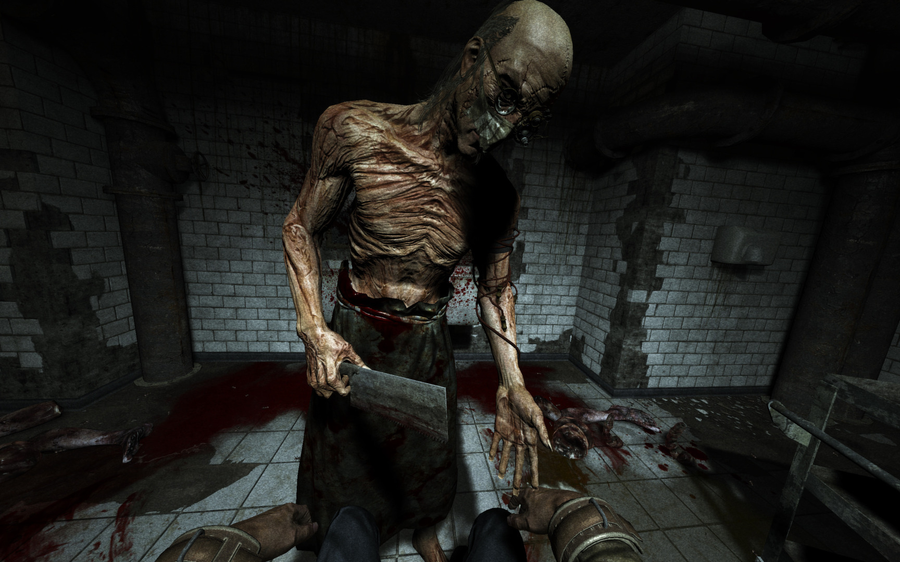 The opening sequence of Outlast sees an investigative journalist driving to an asylum in a thunderstorm. He has a small video camera to make a "found footage" film. It makes the game look like a roundup of every horror film cliche.

And so it proves. Yet Outlast has a masterful grasp of the shock scare. Bloodied lunatics will jump at you from the dark which permeates the game. There are revolting scenes of disfigurement, cannibalism and assault. Cliched it may be, but it's very effective. 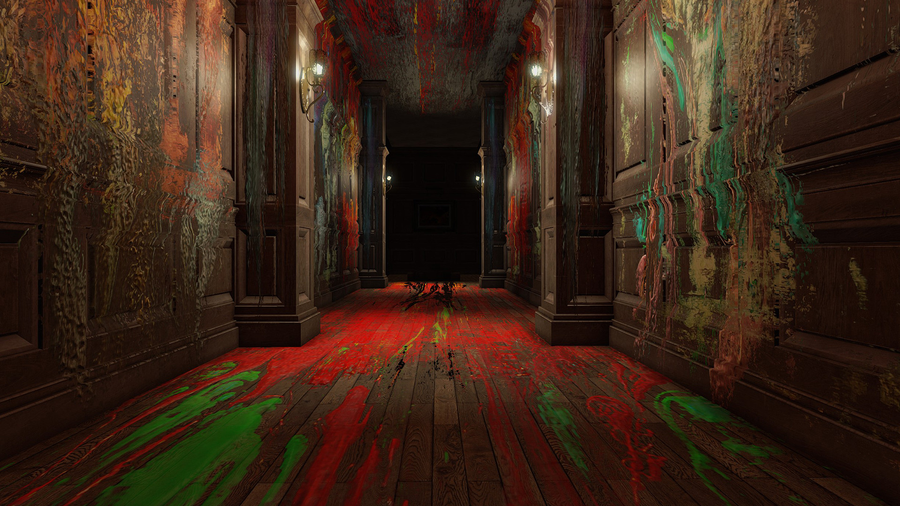 This game is still in alpha, but what's there is already impressive. The whole game takes place in a haunted house that twists and changes round you as you explore. After just fifteen minutes of this confusion I was jumping at every flickering pixel.

As you get deeper, it becomes clear that your avatar has done some very wicked things indeed. The unfinished state of the game means we're left in the dark as to exactly what. And in some ways, it's scarier left to the vagaries of the imagination. 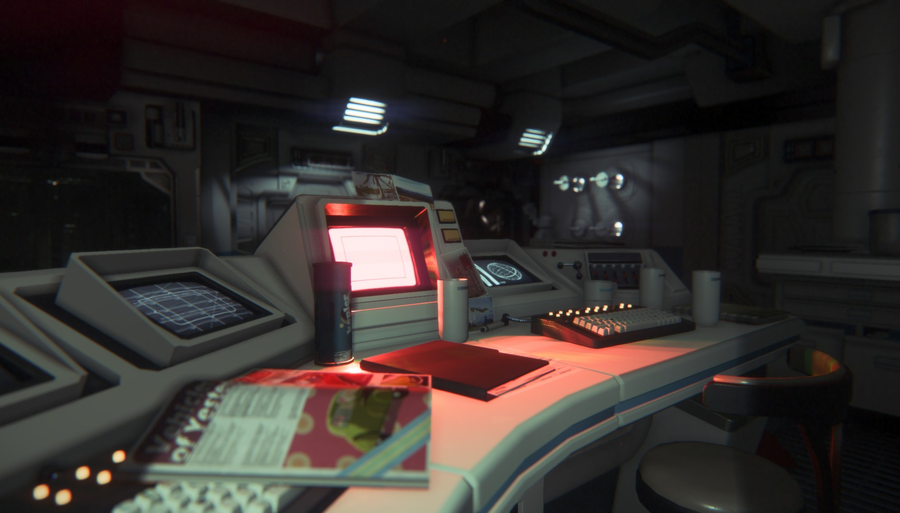 For gamers of a certain age, Alien was their seminal horror film. It took 35 years and any number of badly executed franchise titles before it got a proper video game treatment. But it was worth waiting for.

As the unbeatable, extraterrestrial terror pursues you through the game, you'll see echoes of the original film everywhere. Not just in the visual and sound design, but in the classic message that often, people are worse than the monsters chasing them. 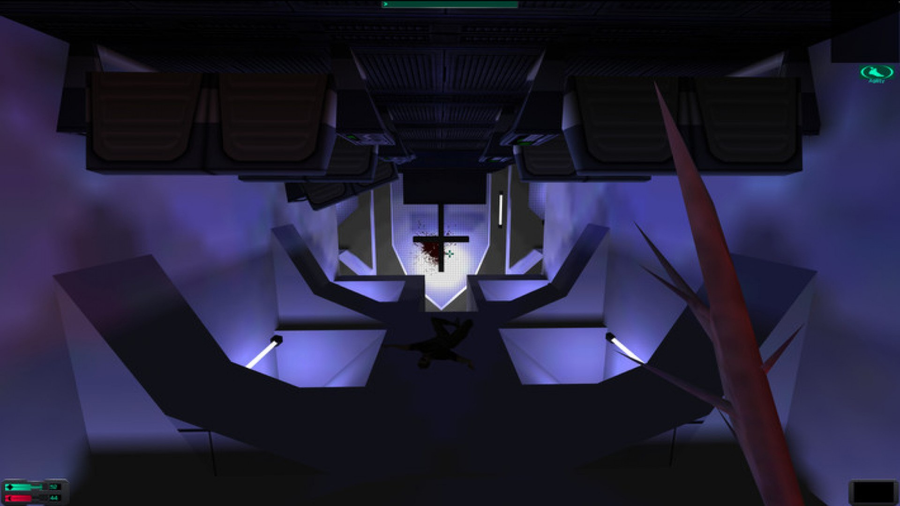 During its tutorial, System Shock 2 looks like a typical sci-fi shooter. It maintains that pretence right up until the start of your mission aboard the spaceship Von Braun.

There you'll face some of the most memorably wicked antagonists in all of gaming.

All your guns, training and cyber-modules are of little avail when they're starved of ammunition and spare parts. It's survival horror of the purest variety.

Don't let the age of the game put you off. However jagged the graphics might appear, the ragged sounds of cyborg mutants stalking you in the dark isn't something that dates. 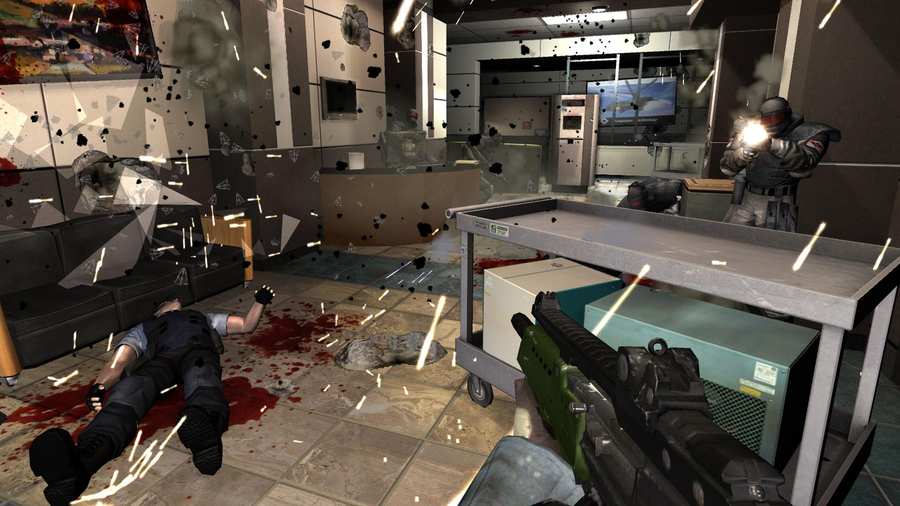 This is the only game on this list which is, unquestionably, an out-and-out shooter. Other games have guns, sure, but they ration bullets like their own blood. F.E.A.R. gives you the usual arsenal of a small private army to port around and point at people.

What earns the game its spot is the antagonist. A small, delicate ghost of a girl who lacks a face and can tear apart a whole special forces squad with a mere thought. Suddenly, you feel you can justify the fact you're carrying all those guns. 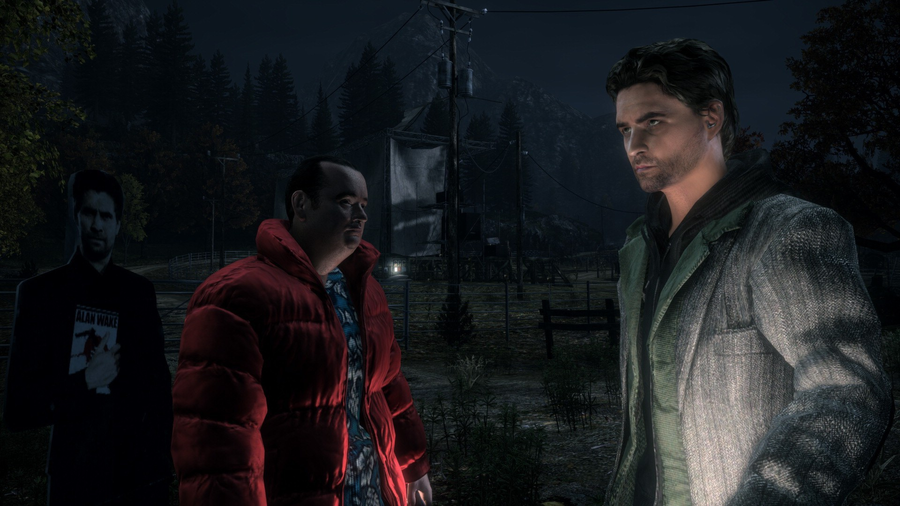 Alan Wake feels like a fan's attempt to squeeze the entire horror canon into a single game. From gore to ghost stories. From Lovecraft to King. It's all here.

The result is predictably unweildy. It can feel bloated and there are some uneasy shifts between action thrills and psychological chills. But with so much content and so much imagination, it's a case of throwing it all at the wall and finding an awful lot sticks nicely. 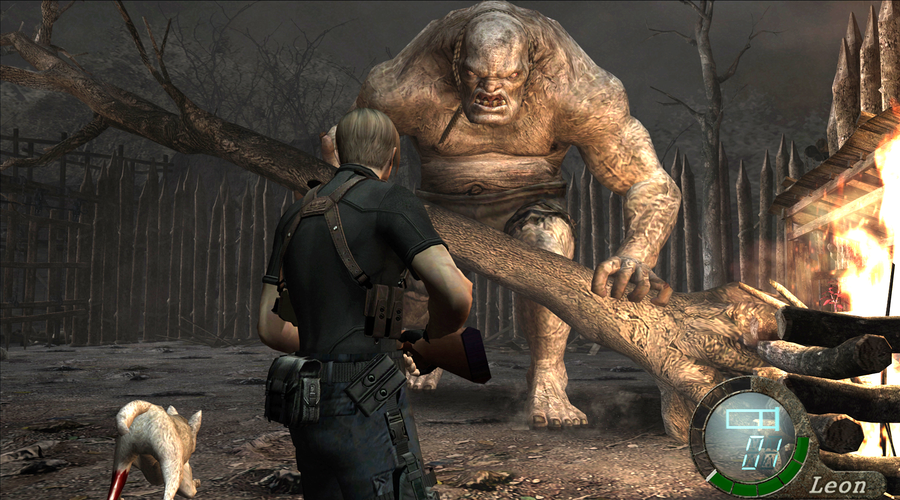 The Resident Evil franchise pretty much invented modern survival horror. But many of the older games in the series feel slow and clumsy by current standards.

Even the much-vaunted fourth outing suffers from tank controls and obscure camera angles. They're there to increase the scare in what's otherwise a standard action game (Blasphemy! - ed). Between them and the menagerie of repulsively parasitised foes, Resident Evil 4 still supports more than its fair share of shocks. 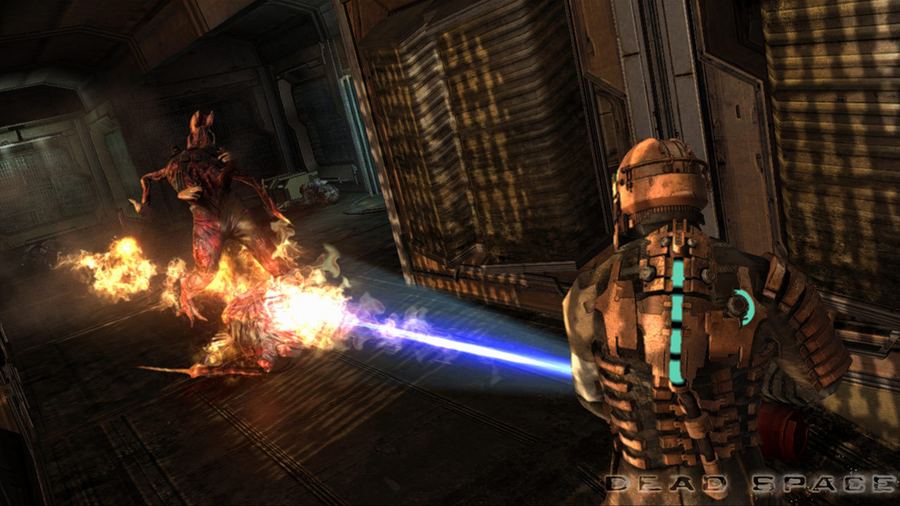 The premise of fighting an army of nasties built from mangled corpses is a good start for any horror game. What made Dead Space special is how you fought them. Lopping off different body parts might disable or merely enrage your foes. By the time you found out which, it was often too late.

Later games in this series crossed the line into full-blooded third person shooters. You can see the original heading in that direction. But the scarcity of resources leaves the game with one foot in classic survival horror. 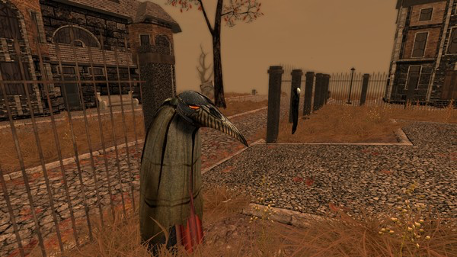 Developer Ice-Pick lodge isn't exactly a horror specialist. Its hallmark, however, is games of such outragous oddness that it's hard to categorise them as anything else.

Pathologic sees you trapped in a town stricken with a virulent disease. Its plot is set over the course of twelve days and events unfold without you, whether the consequences ruin your game or not.

The same devil may care design pertains to whether you get enough weapons to fight or even food to survive. As the town descends into panicked madness the devil may not care, but you certainly will. 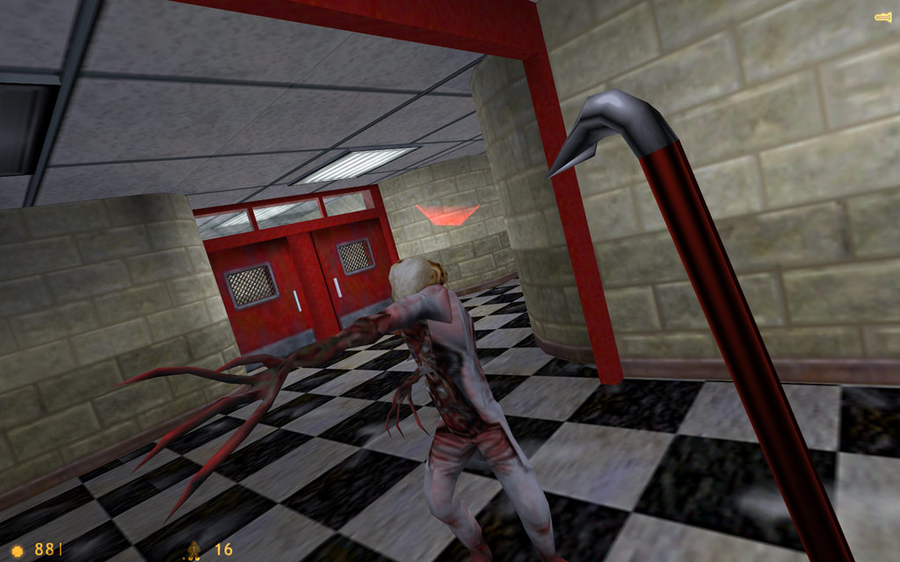 Do not adjust your set. Half-Life did have a few scary moments, but it's not listed here for the original game. It's here for the mod series They Hunger.

The mods transform the game into a brutally difficult zombie apocalypse setting. The dark is permeates everything, seething with horrors. Ammunition is so scarce that shooting feels like giving blood forcing you up close and personal. It's proof that old games can still be great games.

Out at midnight - Octodad: Dadliest Catch is a dad simulator with added tentacles