Get your pre-orders now

After saying that Corpse Party: Blood Drive would come to Europe and Australia in time for Halloween, Marvelous Europe has now stamped a specific date on that news.

The conclusion to the horror game trilogy arrives on PS Vita on October 20th.

As it's only a week away the pre-order campaign for the game is now coming to a close. But there's still a little bit of time to grab some goodies if you haven't already.

The limited edition packs include the "Everafter Edition" which comes with the game, art book and a 2-disc soundtrack for £39.99.

The other one is the "Heavenly Host Edition" at £49.99, which gets you all the above as well as two Pin-Jack mascot figurines. 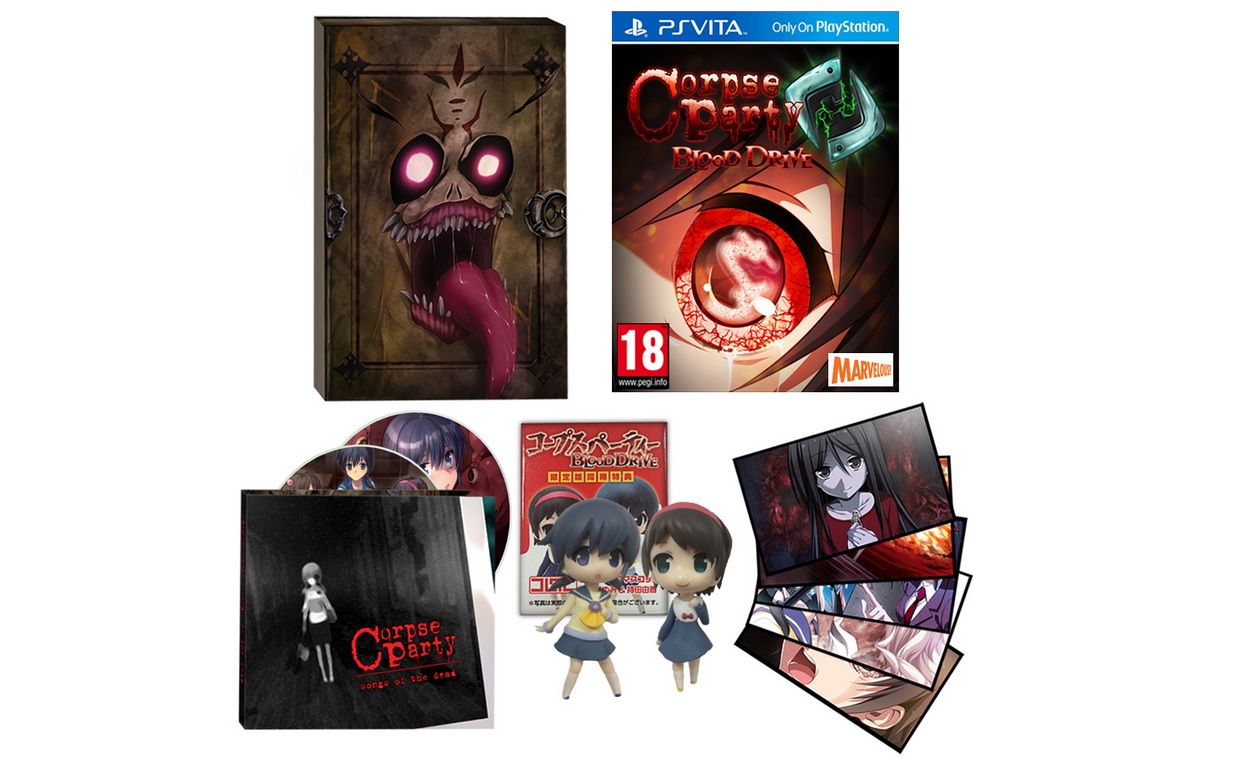 By ordering directly from Marvelous (the links above) you also get free art cards. That includes if you buy the £29.99 regular edition of the game too.

For more details on Corpse Party: Blood Drive check out our previous write-up on the game. In short, its a 3D horror game about students trapped in school with a murderous spirit.

Carcassonne and Rules! devs get cryptic with the reveal of One Button Travel