There have been some big new games this week. You can see the bigguns, here. 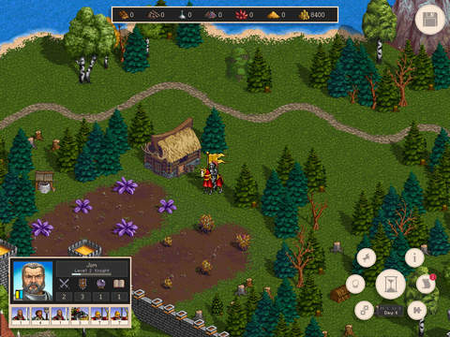 "Royal Bounty HD was crafted for the lovers of old adventure RPGs like King’s Bounty (1990). You are an adventurer named Jim, just out of the island prison. How you ended up like this is unknown. You have no gold and no army. Angry Cell Guard is chasing your heels. Your first quest is get away from the maze and find a ship. But it is just a beginning of the story."

"Your finger has never been so sharp! Cut with skill to complete the 120 ingenious physics levels of Super Sharp and become a cut master!"

Forge powerful Mining Guilds with your friends, conquer Mining Outposts to expand your domain, then crush the competition in explosive, arcade-style PvP base attacks!" 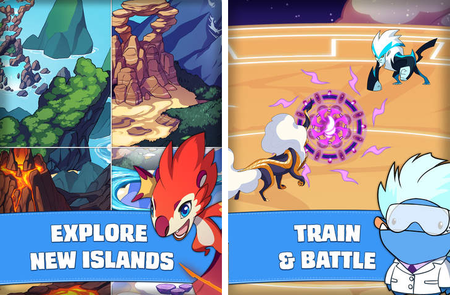 "Discover 100+ monsters as you embark on a journey in a world of battles, quests, and PvP! Hero up and defend the land from impending darkness. Embrace the power of evolution to restore peace and harmony. The evolution of the world is in your hands."

"Manage your team of adventurers as you raid the local dungeon for treasure! Upgrade your tavern, purchase new sodas, and attract new party members. Gold, legendary items, and more await you!"

"Magical action platformer. After the Tower of Magic is taken over by an evil wizard, it's up to you – a young learner of magic – to save the world and restore order. Run and jump through forest, candyland and desert worlds, during the day and at night and finght the final boss in the tower". 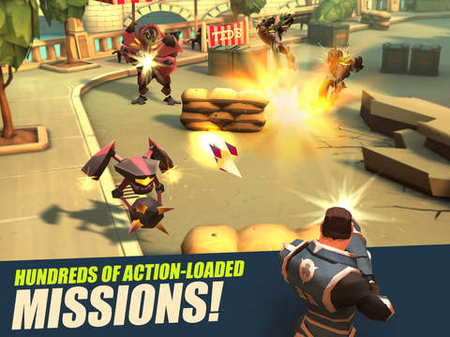 "Play the most insane action shooter today! Shoot, upgrade and craft your way through hundreds of levels of intense blasting action, with loads of new challenges every month! It’s just you versus the Reptor Empire, and you’re going to need Max Ammo!"

XCALIBUR 2
By Jongha Back - Free 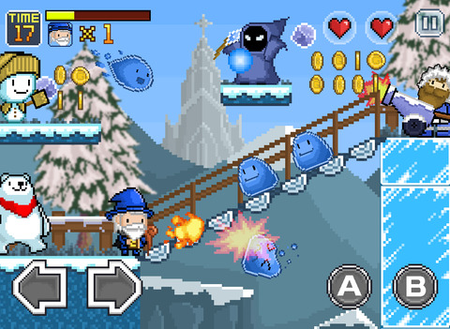 "XCALIBUR 2 is an exciting and fast paced speed runner. You must race through the levels collecting items. Defeating cunning enemies. Solving puzzles map before the clock runs out. Jump and action at the right time to avoid your death." 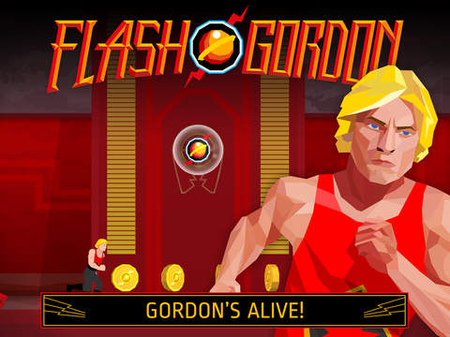 "Gordon's alive! And he needs your help to escape the evil clutches of Ming the Merciless… Put your reflexes to the test in an action-packed adventure based on the cult classic Flash Gordon. Rock-out while you adventure through Mongo to music from the original movie soundtrack by Queen." 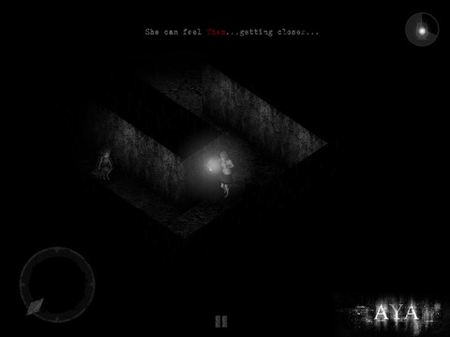 "The game-play story begins with Satan's exploration of Aya's soul; with graphics in grainy black and white to signal that it is a inescapable nightmare. Armed with a storm lantern, light as friend, Aya enters the world of evil.Subsequently after the nightmare, Aya will get attacked by many of the evil spirits of Satan, which he successfully wards off with the deadly 13 nightmares of his evil maze". 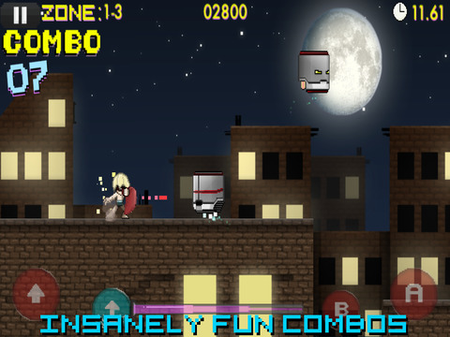 "Get ready for a retro challenge in Jump Jack: an action platformer reminiscent of 2d side scrolling classics. Play as Jack, the game creator’s son, as he sets out to save his baby sister from the evil robots who have kidnapped her. Jump, shoot, and use a number of other abilities to maneuver through four action packed worlds and destroy any robot trash that get in your way." 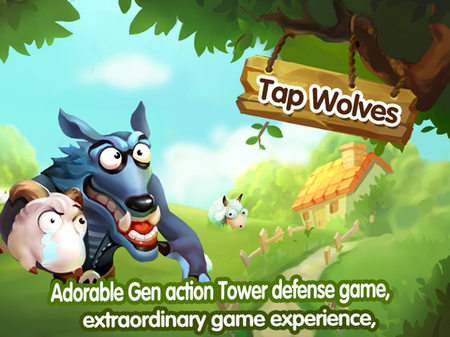 "This is an adorable 3D action tower defense game. Players need to put the tools on the map to stop wolves running off with the sheep, and click on the wolf to stun it or get rid of it. Players can collect the wool to upgrade defenses and complete the mission".

Scouts Guide to the Zombie Apocalypse
By Paramount Pictures - Free 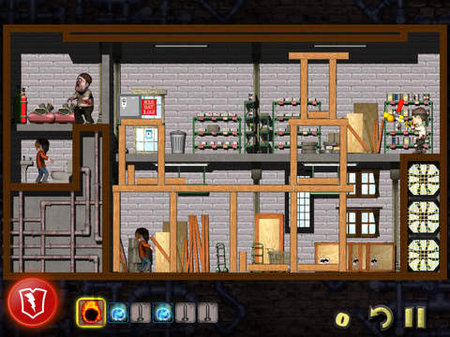 "Survive the zombie apocalypse in the official mobile game for Scouts Guide to the Zombie Apocalypse. The town has been infected with flesh-hungry living dead, and you, a lone scout, must use your wits and skills for destruction to find the party, save the girls, and get laid." 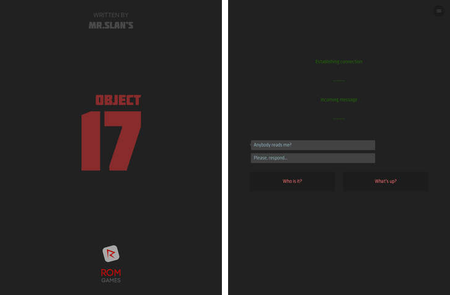 "Deadly danger and shocking mysteries can be seen not in the movies only… Help Dan to get out of the trap – his life is now in your hands. Wait for his message to appear on your iPhone, iPad or Apple Watch, and think carefully before you give any advice, as every step can be the last one!" 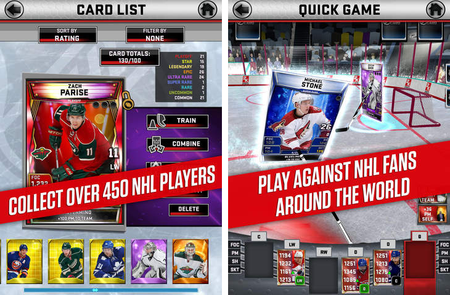 "The NHL’s premier collectible card game takes the ice with the debut of NHL SuperCard! Featuring more than 450 active and legendary players, gamers will collect cards and challenge others around the world in exhibition games, season-based tournaments and special in-game events. Along with a wealth of card enhancements, gamers can also customize player stats, while training provides maximum potential for each card."

Balls & Holes
By Planet of the Apps LTD - Free 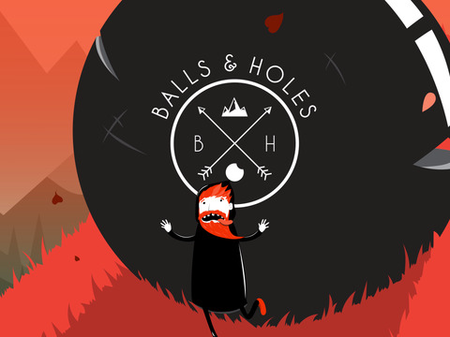 "Welcome to the celtic hills, the place that combines beauty and danger. Each year the bravest lads and lasses volunteer to conquer the 'Ancient One' -the highest peak of the mountains range. Many have tried BUT no one has succeeded yet… (or should I say returned)." 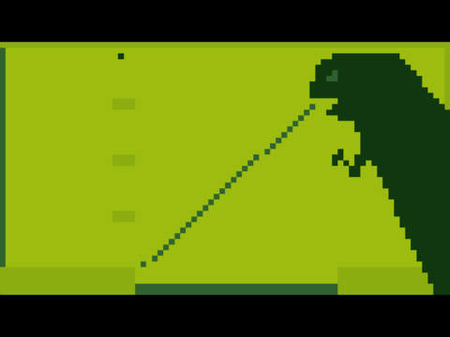 "1px is a minimalist retro platform game with simple yet challenging gameplay, as well as a focus on speedrunning. Touch the sides of the screen to move, and try to get to the final boss!"

Chesh - a confusing take on a classic board game