Hit PS4 Action RPG Dust: An Elysian Tail is out now on iPhone and iPad

Has anyone ever had dust on their iPhone? 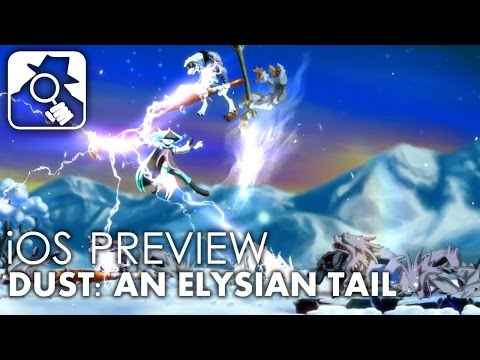 Developer Dean Dodrill said earlier this week that his gorgeous action RPG Dust: An Elysian Tail would be hitting the App Store very soon, and he wasn't lying.

Having received widespread critical acclaim since its initial 2012 release on Xbox 360, and subsequent appearance on PC and PlayStation 4, Dust has finally landed on iOS.

It comes with with touchscreen controls, cloud saves, and Game Centre support, and Dodrill says he's really happy with how the game has translated to mobile.

Dodrill spent three years creating the game almost entirely on his own, and it took a further five months to ensure a successful port to iOS. You can see how it turned out in the video above.

Want more? Check out our growing collection of Dust: An Elysian Tail articles!

Gorgeous hack-n-slash Dust: An Elysian Tail slices its price in its first sale

Dust: An Elysian Tail - A great game with a few problems