Chesh - a confusing take on a classic board game

The troops have spent the last week with Chesh, which is not just a chess simulator featuring Sean Connery.

It is in fact a new take on the classic board game from developer Damian Sommer, with randomly generated boards and pieces.

Let's see what our App Army had to say…

Early impressions are that it’s an interesting idea, but I can’t work out if I actually like it.

It definitely is an interesting game. The pieces have different move shapes and half the battle is trying to figure out what each one does.

The other half of the battle is that there’s no obvious way of picking another piece after selecting one, as soon as you select a piece you’re committed to moving it.

Fighting the UI is also a bit frustrating and definitely detracts from the enjoyment.

I don’t think this is as randomly generated as it claims to be because you’re the one controlling how it generates. Pieces move differently to real chess but there’s no tutorial on how it works, which is really confusing.

So far it doesn’t seem anything like chess apart from the fact that there’s a square board. This game just isn't any fun and there's no content to it. I can’t even get into an online match.

I agree that it’s confusing at the beginning, but I find part of the fun is figuring out how the pieces move. There are also some other rules such as fatigue and looping, which add another layer of strategy to the game.

I'm sure there is a great game buried in here, it’s just gonna take some work to uncover it. 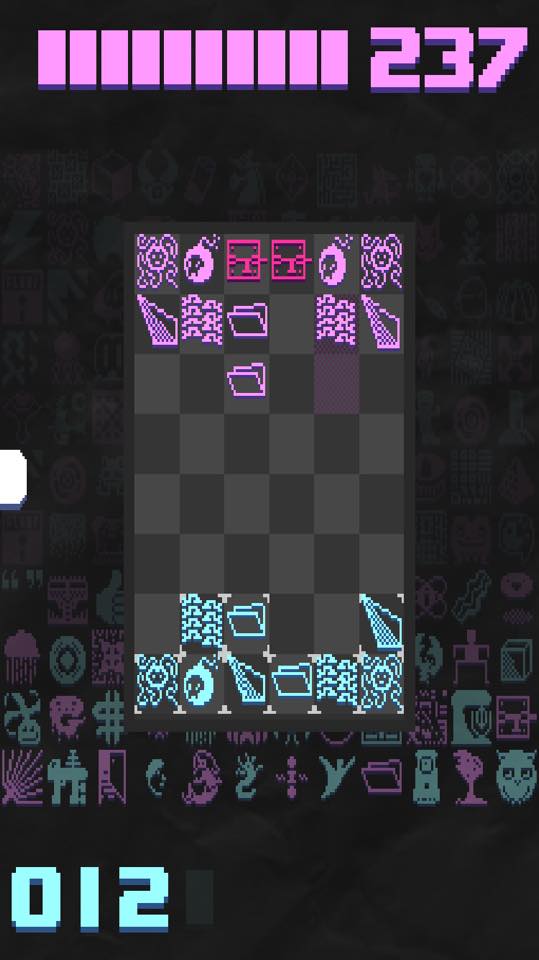 It is an odd little game. I had no idea what was going on after first launching it, but after a bit of jabbing at the screen I kind of figured it out: it’s a bit like chess, but without the pieces or rules.

You move your pieces about with the intention of 'taking' the opponent’s pieces, but as there’s very little guidance and no tutorial, half the time you have no real idea what your piece is capable of until you tap on it and some highlighted squares appear showing you where you can move to.

The problem is once you tap on a piece you have to move that piece, there is no way of selecting a different piece, which, as you don't know what each bit can do in the first place, makes planning ahead almost impossible.

Exactly right. You have your pieces and you tap on them without really knowing what they do, which makes it confusing and it bored me within minutes.

I actually played a match where I took a go and then stared at the screen waiting for something to happen before realising that I was playing a two player match on the same device!

The developer really should pop something up on the screen to ask the player what type of game they want to play on first launching the app, rather than just randomly putting you into multiplayer.

This happened to me, too. I actually thought I had to play against myself. It isn't very obvious. The main screen needs more signage.

Same here! It just seems lazy and dumped out. 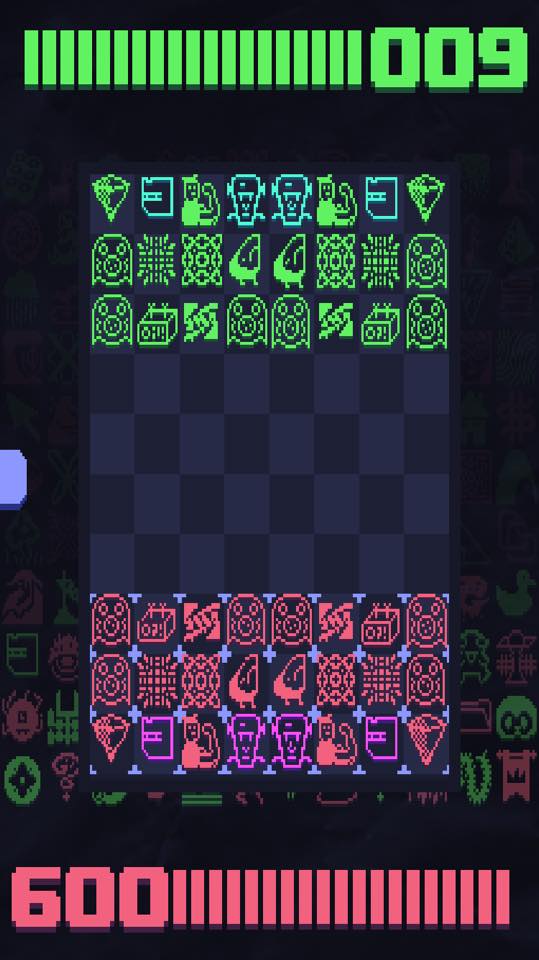 I'm sure there’s a pretty decent strategy game here but it’s completely buried under some puzzling design choices. The main screen is a mishmash of options that can only be discovered by poking.

The game itself is challenging, not because of the difficulty level, but because you have to fight the input system every step of the way. Once you choose a piece to see how it moves, there does not seem to be any way to choose a different piece.

The developer needs to spend some time re-thinking the interface.

The first thing to strike me was how horrible the UI design is. The menu that the player is presented with when they first load up Chesh is completely baffling.

When playing the game I have yet to find a way to deselect the current chess piece that I pressed on. Once I have selected a chess piece, I am stuck with that choice. This isn't an issue if you know what the pieces mean. However, just like the design of the menu, the design of the chess pieces offer nothing in the way of help to the player.

The bottom of the game screen shows what I thought was health, but it is in fact a timer. You have a set number of seconds to make your moves, and when you hit zero you start to lose life and then the game is over.

So if you would like to try and use a strategy, which chess is all about, then you’re out of luck, because it rushes you to make decisions.

I think the developer intended it to be confusing, but I suppose what’s good in one person’s mind might not be good in another.

I tried my best to put a good hour into this game, but I can honestly say I only managed around 15 minutes due to huge issues with the UI and the many confusing gameplay issues. 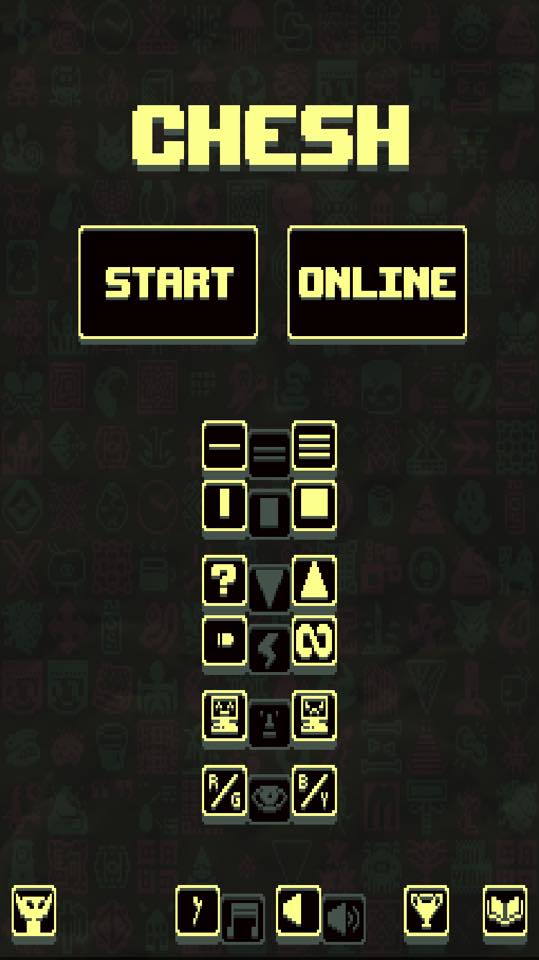 The only things I liked about this game are the soundtrack and the idea, I just wish it was implemented better. Hopefully the developer can fix it with an update.

Chesh is a great idea in principal, but there's a lack of intuitive gameplay and no clearly presented instructions or tips on how to play the game. It was not even clear to me what the win conditions of the game were.

Also, the one hand it wants you to memorise and strategise complex move patterns, and on the other it wants you to make your move as fast as humanly possible so to avoid the timer running out. These seem to be two conflicting ideas.

There is great potential to be found in Chesh, I just believe the game as a whole doesn't quite fit together.

Unfortunately Chesh is distinctly lacking in a number of areas. Firstly, as mentioned many times already, there is a complete lack of support and the player is left to decipher what is going on and what they are meant to be doing.

Upon pressing start you are whacked into the game. The board looks vaguely chess-like and after a few taps you realise that each piece has a different ruleset for moving. You are even allowed to destroy your own pieces.

The problem is that you're left to work it all out yourself through trial and error, which means any strategy is thrown out the window.

Have you checked out Chesh? Are you as disappointed as the troops, or do you see the potential? It’s available now on iOS, so let us know in the comments below!

Dust: An Elysian Tail - A great game with a few problems

The 3 best weird-chess games for mobile

Chesh - A bold remix of chess

Out at midnight: Chesh brings a fresh take on a classic board game to iOS