Your game is going to be cloned

Since then, in the intervening three weeks, dozens of clones have appeared on both iOS and Android. We counted around 35 today, but many, including that first one, have already been removed by Apple and Google.

Most simply copy the graphics and gameplay of the original game, which is a simple screen-tapping time-sink about stopping a yellow dot on a red line to crack open a padlock.

Others swap the lock for safe dials, alarm clocks, door locks, and simple circles. They have names like Unlock Me and Amazing Locks and Rock That Lock and Lock? Pop it! and POp Circle: Crazy The LOck and Pick the Lock. 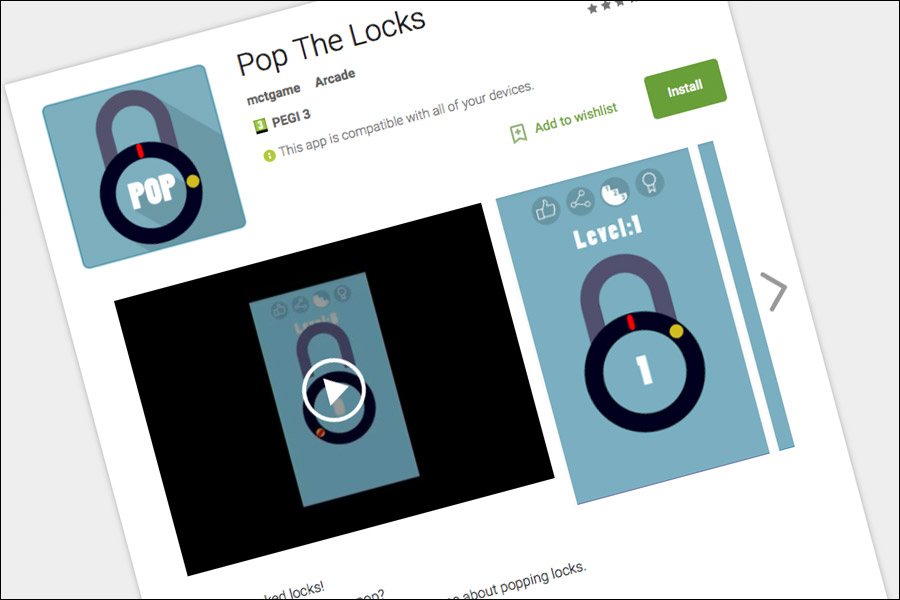 "When I see an exact copy of our iconography or a blatant attempt to confuse and trick the customers we've spent so long building a relationship with, it personally hurts," says Kurt Bieg, Simple Machine's game designer.

Confusion is exactly what happened to us. Earlier this week, we covered an Android game called Pick a Lock without fully realising that it was knock-off of Simple Machine's game. We've since pulled the article.

"On one hand, being cloned means you've made it. And in some ways clones can be beneficial. They create free advertising for us, and they generate a visible increase in popularity that we could never afford as a small studio."

"But they can confuse our fans, tarnish our reputation, and can create an infuriating situation for us by forcing to compete with our own product". 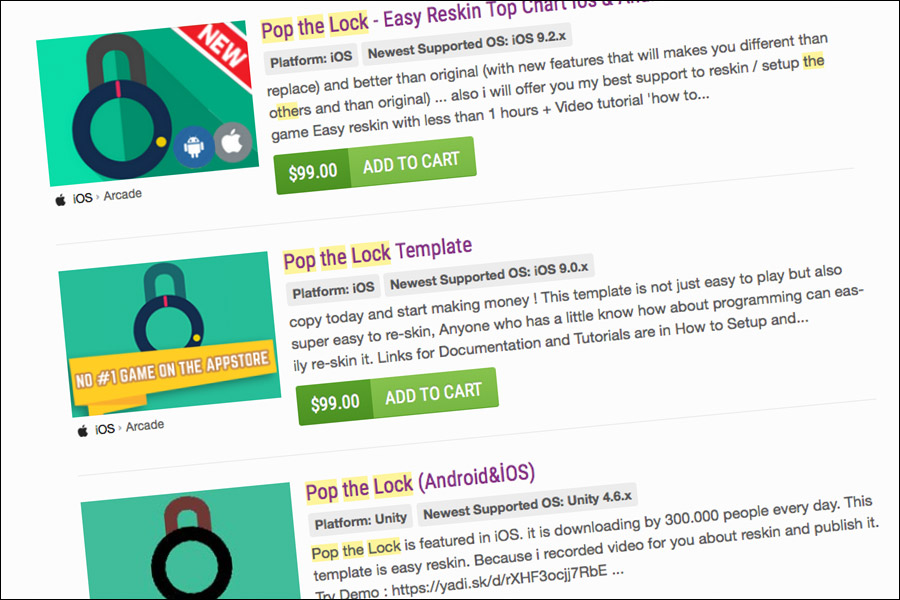 So how did so many games, with almost the exact same gameplay, appear so quickly? Typically, the source can be traced back to websites that offer app "templates", like Chupamobile.

Chupamobile sells source code for simple games and apps (as well as resources like tutorials and development tools) which can be dressed up with fresh art and music, so firms can quickly lob stuff up on the various app shops.

"We allow everyone to have his own app or game in the app stores in no time even without any design or development skills", the firm explains on its site.

But many of the templates available are actually clones and rip-offs of existing games, which Chupamobile says you can use for "app flipping". You can already find five different versions of Pop the Lock.

The creators of these templates - which they sell for around $100 - say you can reskin the game with your own art and then distribute them on the App Store. One of the reskins shows the creator's AdMob (Google Ads) analytics, revealing that their Pop clone made over $50 in just two days. 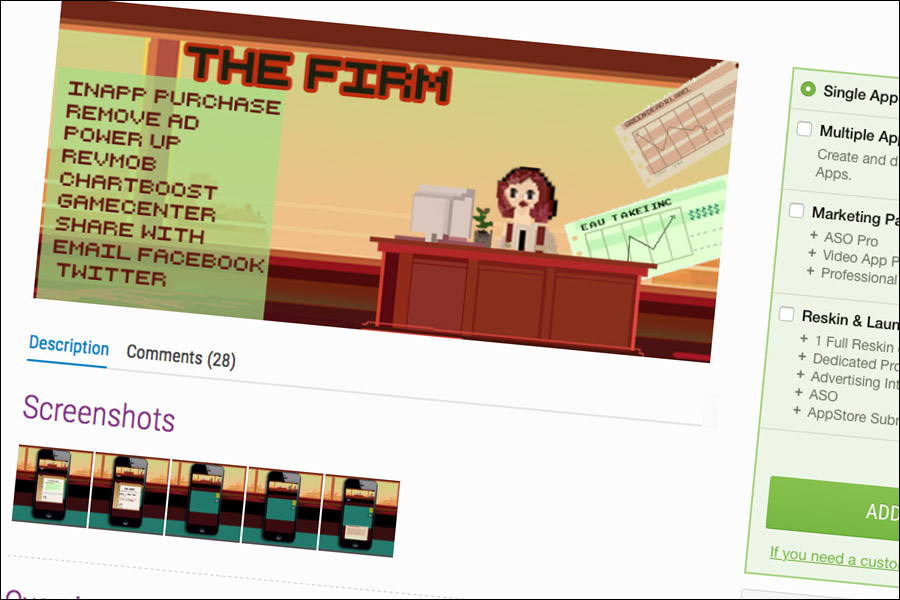 Many popular games are represented on Chupamobile, and the creators of the templates are not shy about saying exactly what you can do with them.

Floors, by Ketchapp, hit the App Store last week and is floating around on the top free apps chart. "At the moment, there is no clone of this game in the App Store and Google Play," says Vietnamese template creator Huhu Studio.

"This is the chance for all of us to get a huge traffic and generate a CRAZY MONEY."

You can find templates of games like Four Letters, Make it Rain, The Impossible Game, Radical, Agar.io, Mr Jump, Timberman, and Swingcopters on there, and many others.

Crossy Road has many templates on there, too.

"If the site was just encouraging learning how to make a game of this type I'd probably be ok with it," says Hipster Whale's Matt Hall. But he points out that Chupamobile also sells things like App Store search tips, making it clear that it is encouraging plagiarism and customer confusion.

"It helps no-one to encourage direct cloning," says Hall, but says that the mountains of clones hasn't exactly hurt his company's ability to make money off Crossy Road.

"But I'd feel pretty sorry for anyone who uses the device hoping for a hit, as that's not how the store works," he says. "A great app is partly a good idea and mostly great execution of that idea. Prebuilt apps have neither idea nor execution".

Maybe not a chance to generate a crazy money, then. 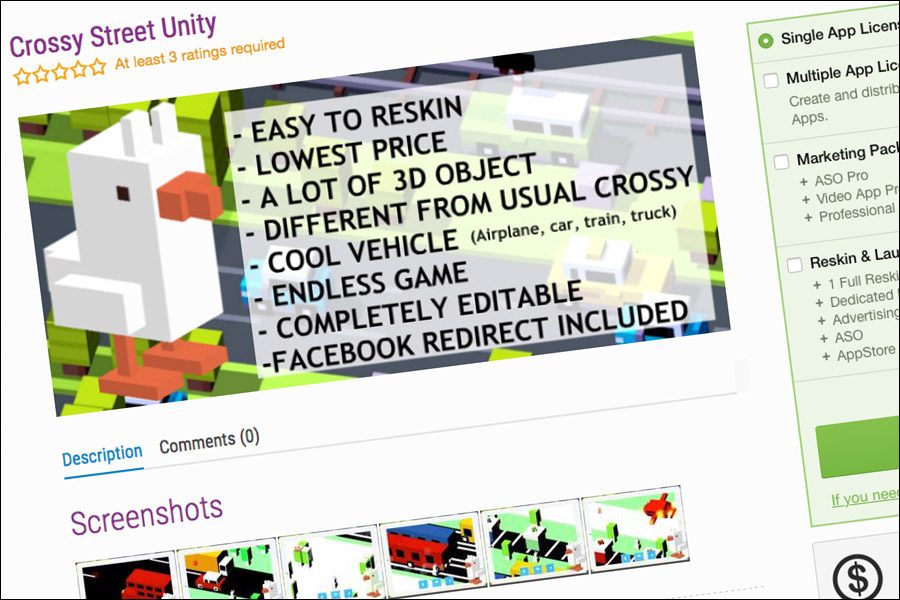 But Bieg, whose other games like Smove and ZAGA are also seen on Chupamobile and as bootlegs on iOS and Android, actually has a slightly different take on the whole thing.

"We took on all the costs and risks involved with making it including paying people for their time and talents. So that's not good," he says, but he also thinks that clones speak to a bigger picture "where creations enter internet culture and take on a different meaning where the creators separate from their creations".

By virtue of releasing it online, "Pop the Lock is not really 'ours' anymore".

When he released the source code for another game, Lex, Bieg explained to Pocket Tactics that "we believe ownership is becoming obsolete," and that by encouraging knock-offs, creators are "inspiring young and old people to read, learn, and ultimately manipulate code".

It's a philosophy that other developers who have seen their games cloned, have also expressed. "We want to celebrate iteration on our ideas and ideas in general," said Asher Vollmer, when his game Threes was roundly ripped off by games like 2048.

But Vollmer argued that those looking to remix and iterate upon an existing product should wait.

"Piling on top of us right when the majority of Threes players haven’t had time to understand all we’ve done with our game’s system and why we took 14 months to make it, well… that makes us sad."

"We do believe imitation is the greatest form of flattery, but ideally the imitation happens after we’ve had time to descend slowly from the peak. Not the moment we plant the flag". 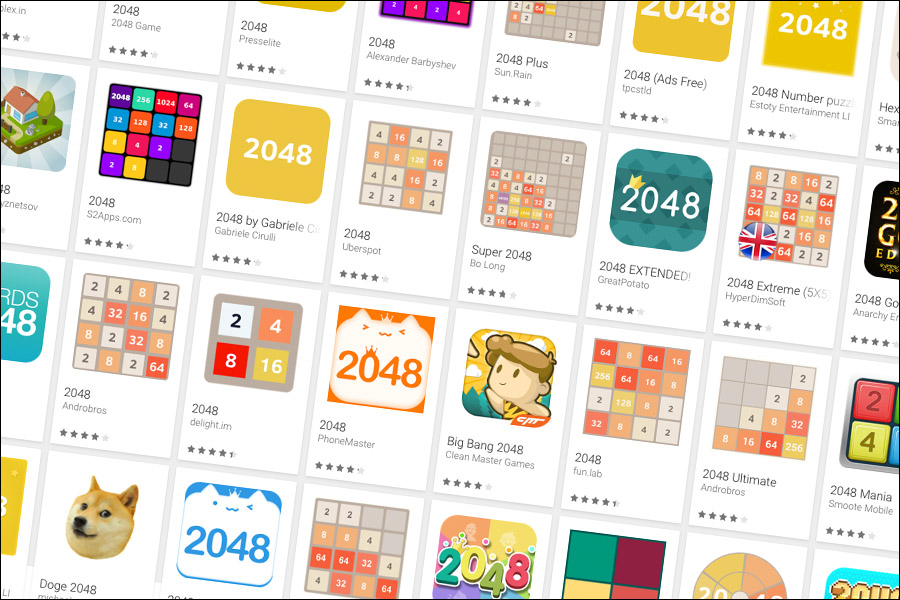 But Bieg is going all in, and supporting open source development where wannabe remixers can get the source code direct from Simple Machine for free, rather than a template site like Chupamobile. "We felt like that's where the bigger picture is and we want to be part of it".

Of course, the studio has to protect its original property, and "we do go after companies and people blatantly attempting to trick our fans". It's working with Apple and Google to (successfully) remove apps that use the exact copies of icons, screenshots, game description text, and titles.

The two major players in mobile "have responsive services where you can submit an issue and they will look at it and make a determination," says Bieg. But neither will pull a game just because it feels a bit cloney.

"If the gameplay is different, in any way, that negates the game being a clone. This is why 2048 isn't a clone, but rather a variation, which to my knowledge hasn't broken any rules".

His defence against those games? "To be the best one on the market, not just the first".

"This is ultra tricky since it factors in unknownable aspects like paid vs free, ad placement, and even small tweaks to the game design. One small design decision could be a missed opportunity to allow a clone make a change and take over".

So, like piracy and taxes, cloning may just be an inevitability. And that's thanks to the simplistic nature of most popular mobile games, the low barrier to entry on both iOS and Android, and the rules established by Apple and Google.

If you make a popular game: it will be cloned. And there's not much you can do about it.

But what you can do, is choose how to see the situation. For Simple Machine, it isn't with frustration, but with an eye to democratic development, fast iteration on ideas, and shops where the best apps and those with the best execution succeed, not necessarily the best ideas.

Alpacalypse - A better name than a game

Pop the Lock - Basic but fun