Disney Infinity: Toy Box 3.0 is out now and highly focused on the Star Wars universe. With last year’s game being so Marvel-centric, you’d be forgiven for thinking Infinity had forgotten about…. well…. Disney!

Fear not, there are still plenty of Disney and Pixar favourites already available for 3.0, with more on the horizon.

All characters listed here retail for £14.99 if you’re buying physical, or are £2.35 IAPs if you’re sticking to the all-digital Android / iOS experience. 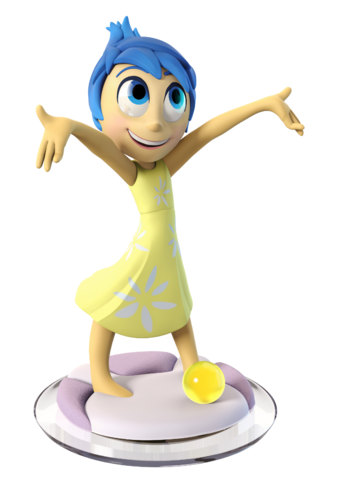 As she’s supposedly lighter than the other Inside Out emotions, she can stay in the air longer after jumps and glide across large gaps in a similar fashion to the dinosaur’s flutter jump from Super Mario.

If needed in combat, Joy can throw memory orbs and use waves of happiness to attack her foes. As you can see, Joy is very much the Kratos of Disney Infinity. 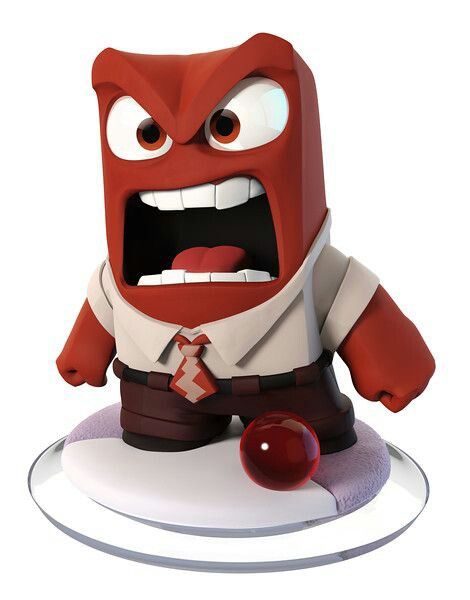 Anger should really be everyone’s favourite Inside Out character, and he’s well represented in game form, too.

His regular rampages allow him to walk across hot lava without being harmed, which can be super useful across many devious Toy Box platforming levels, and like the other emotions he can also throw memory orbs.

His special combat moves include a Fists of Fury, clearly ripped straight from Mortal Kombat, and the ability to unleash a wave of angry energy to defeat everyone in the vicinity. 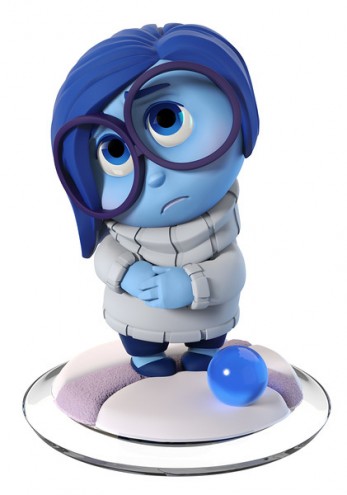 Probably worth buying solely because the brilliant Phyllis Smith reprises her role from the film, Sadness is another handy character to have if you enjoy the platforming of Infinity.

She can float in the air and use clouds as platforms without them disappearing, for example.

Sadness is also the first every Infinity character to wear glasses, and you should probably feel enlightened for knowing that. 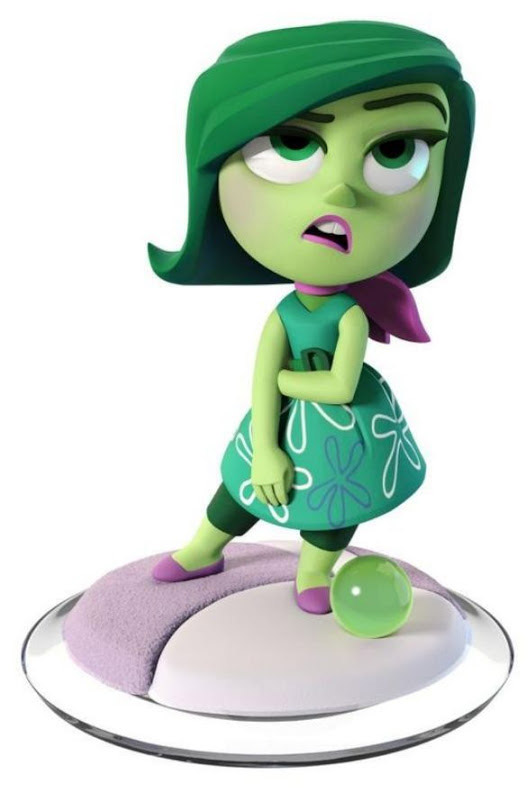 Another good character to own if you’re a platforming fan, Disgust can jump higher than any other emotion by propelling herself from clouds.

Apparently she finds them nasty and therefore wants to get away from them as soon as possible, a bit like when you leap away from the dinner table when parsnips are served up on your plate. 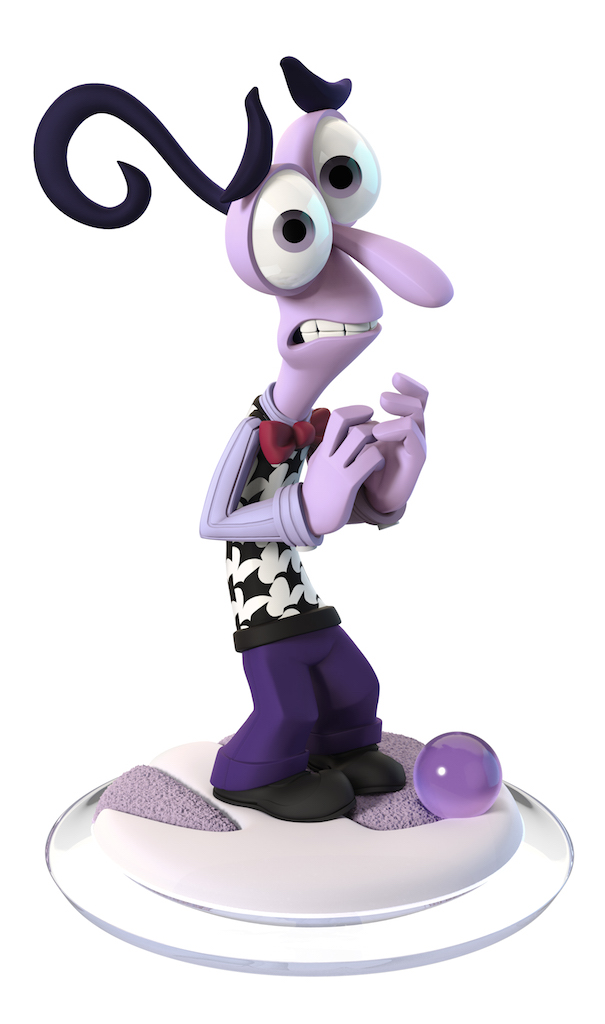 Running away from things is what Fear does best, meaning he can run faster than any other character in the Toy Box.

Even his attacks are focused on dashing into enemies, making him an obvious choice for any time trial levels you might be attempting.

Little is known about Infinity’s take on the boy who never grew up, as he was only announced as an upcoming character during the D23 Expo in August.

A group of so-called 'Toy Box Master Artists' were given the chance to vote on a new character for 2016, and Peter Pan beat out the likes of Robin Hood and Baloo for the honour of joining the cast next year. 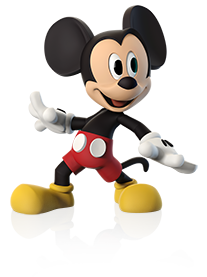 Not to be confused with the previously released Sorcerer’s Apprentice Mickey, this 3.0 version is the standard red shorts wearing mouse we all know and don’t love as much as Donald and Goofy.

His special move sees him summon the likes of Pluto and Oswald the Rabbit to aid him in skirmishes, and lucky attendees of D23 were given a Power Disc to equip him with his Keyblade Master costume from Kingdom Hearts.


The greatest leading lady of our time… 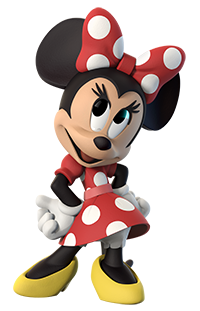 Minnie’s role in combat is all about using her purse. She can whack enemies with it up close or throw it like a boomerang, which is great for completely undermining any Darth Vader boss fights you might encounter.

Like Obi-Wan, her special move sees her charm enemies into fighting for her.

So Minnie’s main assets are her looks and her purse…


One day we’ll get a third Tron film, one day… 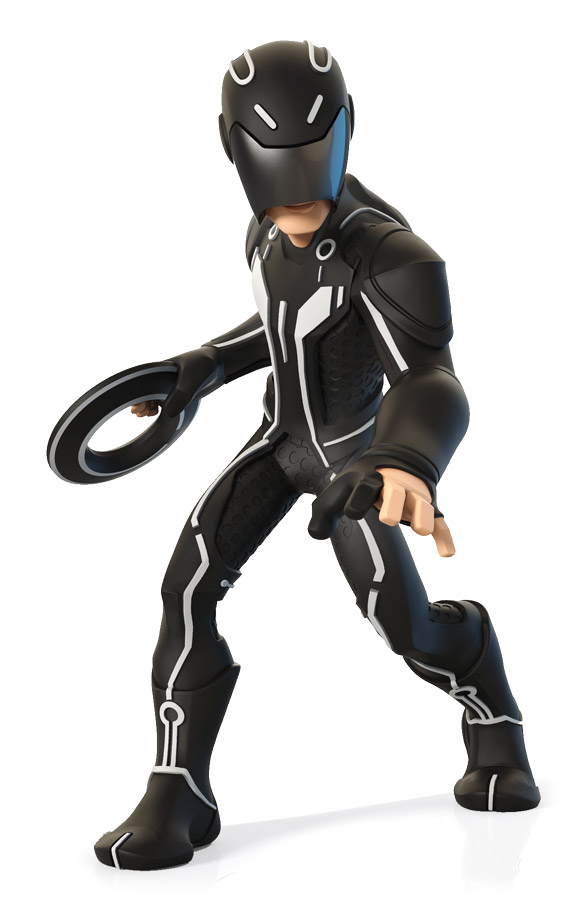 The star of Tron was only available digitally last year, but now you can also buy a figure if you feel so inclined.

As you’d expect his primary combat weapon is the Identity Disc, and he can also summon a Light Cycle, which is still one of the coolest modes of transport ever seen on film.

Like Sam Flynn, Quorra was exclusive to the Android, iOS, and PC versions of the game last year, but she also now sports her own figure and can be used across all platforms.

Her main tool is a climbing hook, which she can use as a ranged attack or as a means of swinging around the Toy Box like Spider-Man.

She also comes equipped with a katana for melee combat and sports the likeness of Olivia Wilde, so there’s that.


Let’s get down to business… 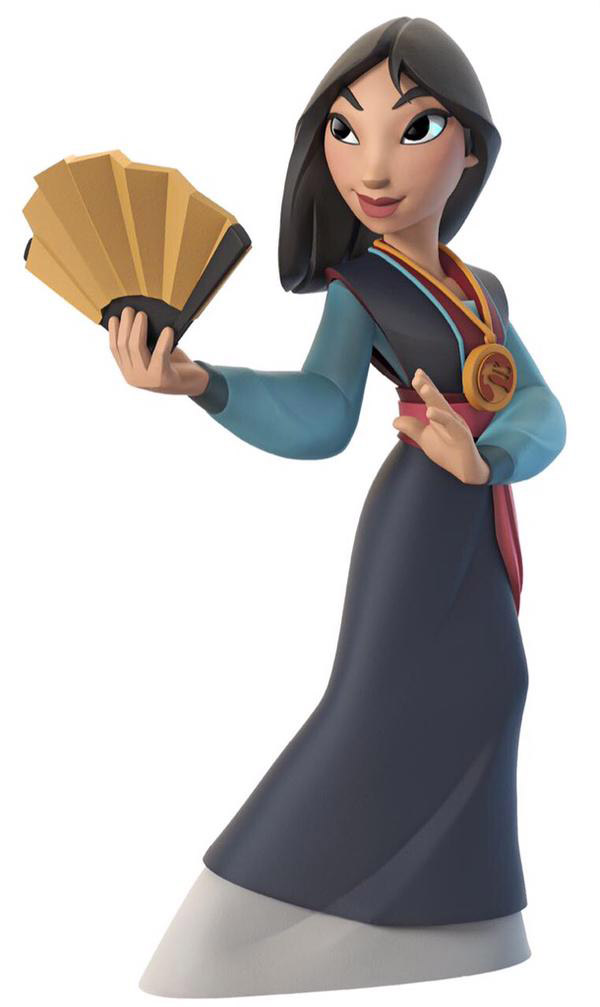 Genuinely the most underrated song in the history of Disney, and Mulan herself is similarly deserving of more praise.

Infinity’s Mulan is a pretty awesome character, too, sporting supreme martial arts skills and a powerful bamboo staff, as well as the ability to air juggle enemies like Dante from Devil May Cry.

Her special move is called Fire Power, which sees her shoot a dragon firework cannon into the air and rain down upon her foes.


Do you wanna play a snowman? 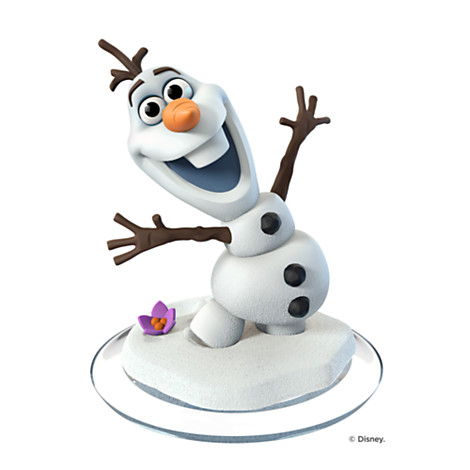 With Anna and Elsa still in high demand since their 2013 release, it was only a matter of time before their cheerful companion also joined the Infinity cast.

Olaf perhaps displays more character in his combat than anyone else; pulling off one his arms and using it as a weapon and sneezing his nose out to strike enemies at a distance.

His special move is to sit back in a beach chair and make the enemies around him melt. 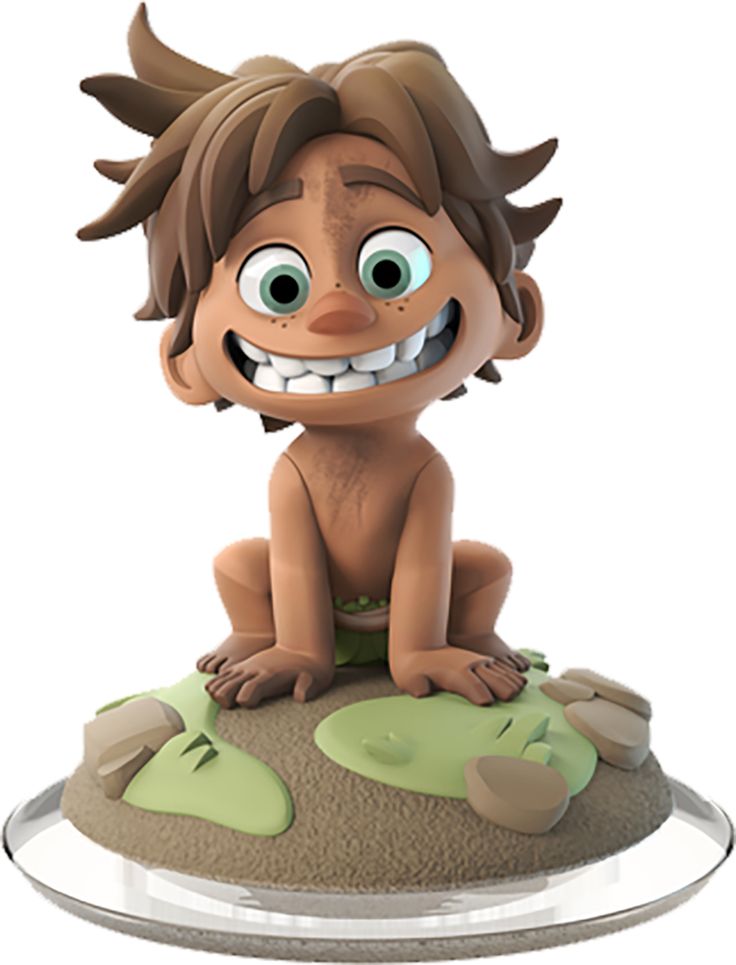 Introducing one of the stars of Pixar’s next film, The Good Dinosaur.

Beyond looking a bit like a junior Tarzan, little is known about Spot beyond the fact he’ll be released in the Toy Box on November 3rd.


Your guess is as good as mine. 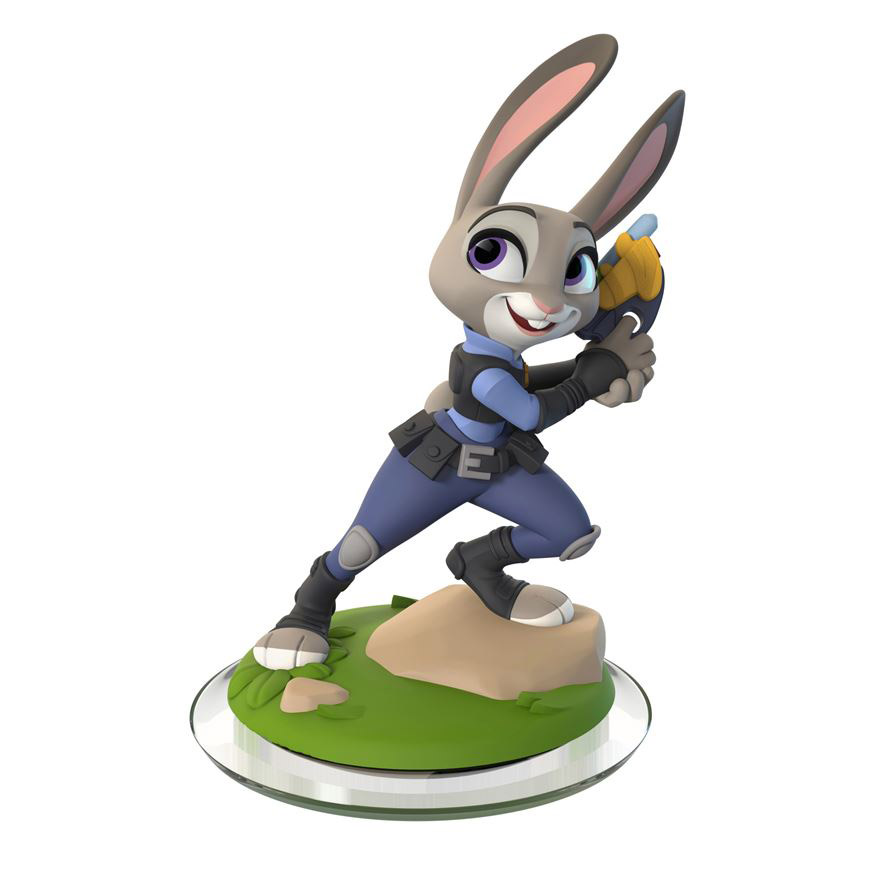 Judy Hopps is an anthropomorphic rabbit and one of the stars of Zootopia; an upcoming animated feature from the directors of Wreck-It Ralph and Tangled.

The film’s not due out until March, so one wouldn’t expect to see Judy hop into the Toy Box before then. 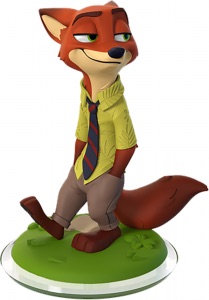 Another character from Zootopia, this time a fox, nothing is known of Nick Wilde other than that he looks like he’s got some attitude.

We also know that his ranged attack will involve throwing a giant popsicle, which sounds fun.