Top tips for when you're on the pitch

In a move likely to surprise no one, FIFA is back on mobile this year and it plays better, looks better, and controls so much better than ever before.

It's a shame it's only Ultimate Team though, right lads?

Enough of that though because this guide focuses purely on how to play the beautiful game right on your phone and, most importantly, how to win matches.

So if you'd like to know how to get the ball in the back of your opponent's net while keeping it out of yours, read on!

How to score a goal 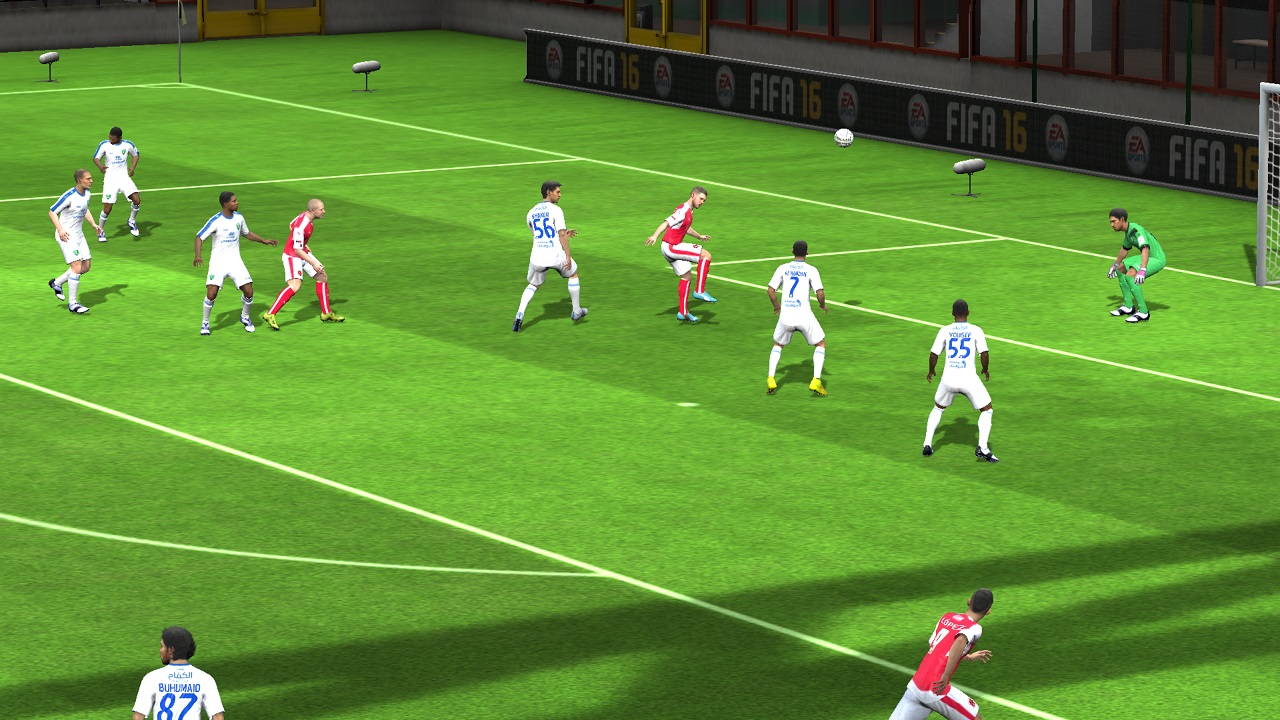 The first thing you're going to want to do is get a taste for goals but be warned - it's likely that your tried and true methods aren't going to work here.

The AI is a lot smarter this time around which means you can't just burst through your opponent with your fastest player like before. That's also a good thing though, because you can now rely on your teammates.

So first-off, get into the habit of keeping an eye on your team. If a player is running into space, try and thread a through ball through to them because, chances are, they're clear on goal. 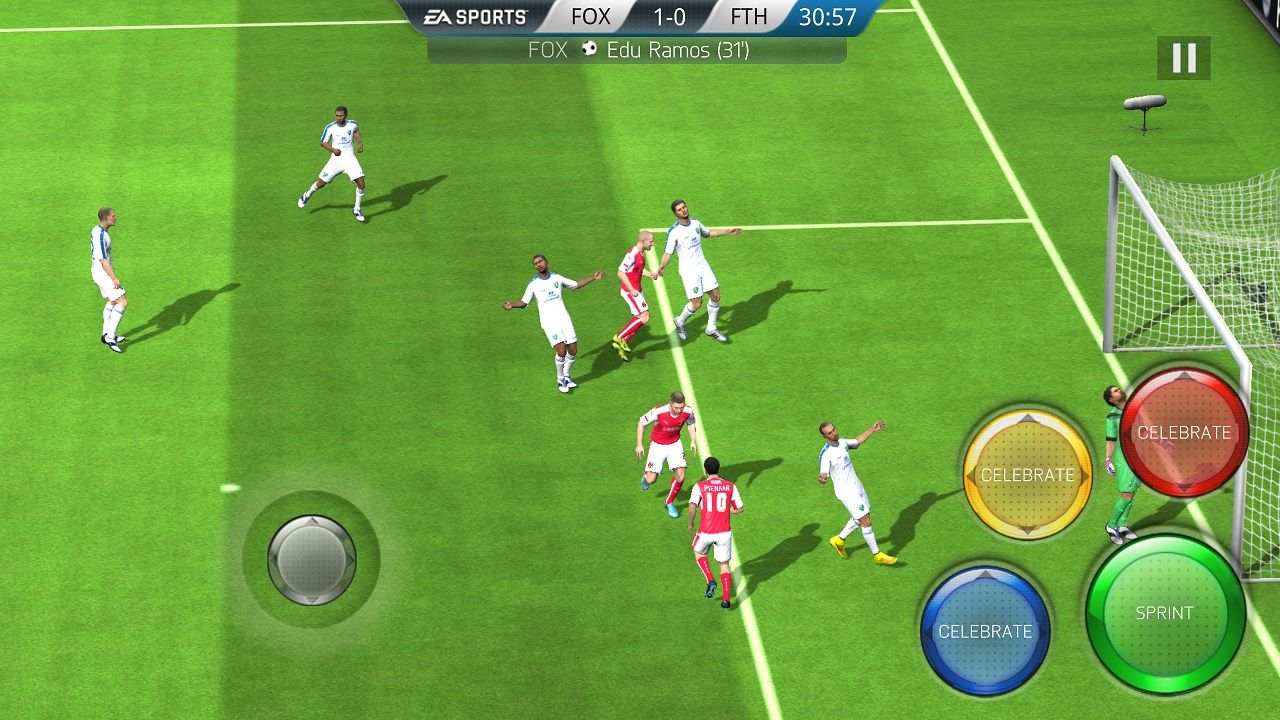 However, don't forget to rely on your own resourcefulness too. If you win the ball back in midfield and find acres of space in front of you, absolutely burst into it. You want to try and stretch your opponent at every possible opportunity.

This may seem obvious but when you get into the box, aim for the goal and away from the keeper. There's a little arrow in front of your feet that will help you do that.

Also, pay attention to the power of your shot. If you're under pressure and battling for space, knock off a weak shot into the bottom corner - heavy shots should be saved for occasions when you have the space and time to pull them off.

How to keep the ball out of your net 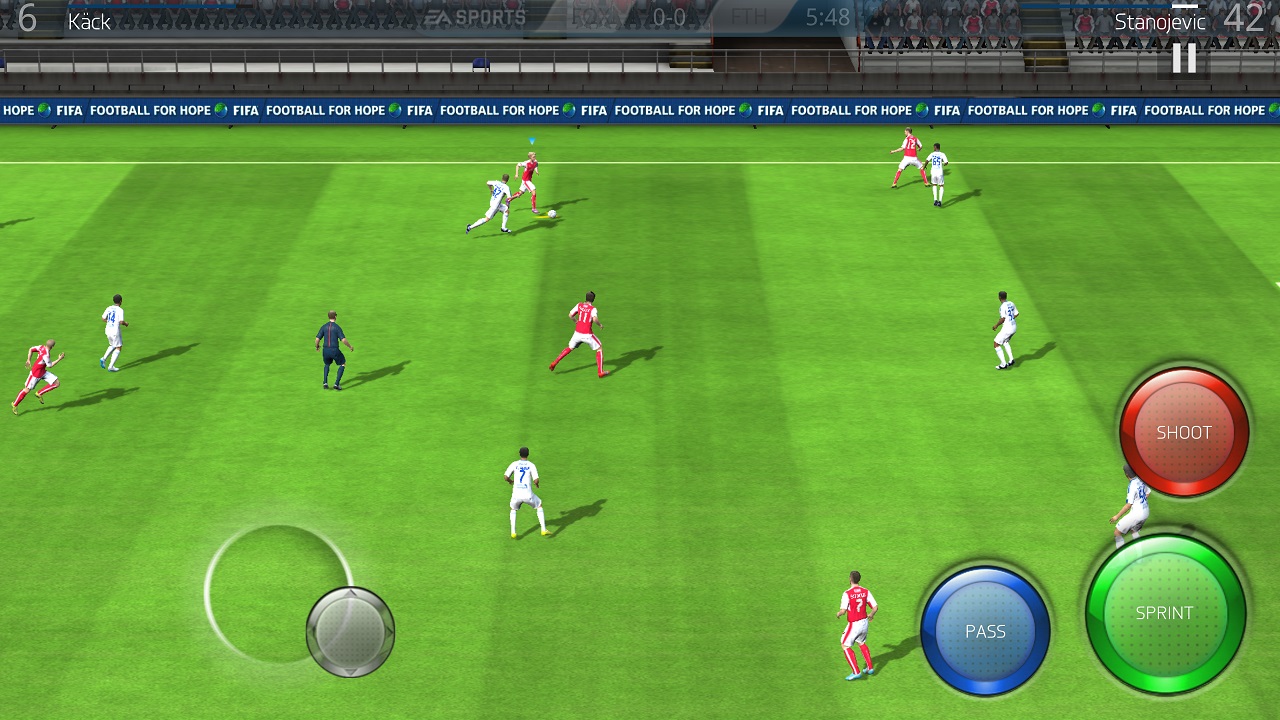 The best method of keeping the ball out of your net is by keeping possession. It seems obvious but it's actually fairly tricky to do.

Pick your passes. Long balls out to a heavily marked winger or striker is likely to result in lost possession so keep your passes short and simple for the most part.

Also, try to reign in your desire to dribble past every opponent. The AI is much better equipped to win the ball back this time so pass it around them instead. 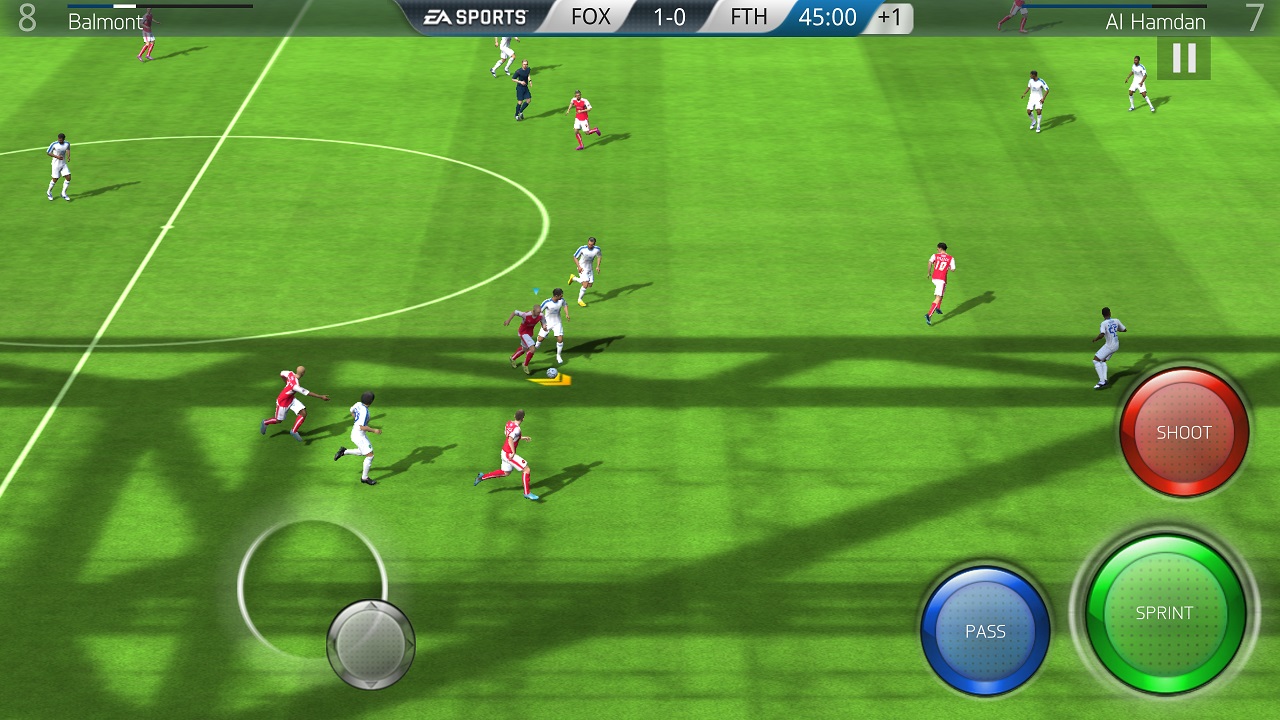 When you have the ball by the box, the opponent is going to put a lot of pressure on you and there's no contain option here.

Instead, face away from the opponent and try and create space to brush past them or pass it to a teammate. This is especially important in the box.

How to win the ball back

Of course, you'll inevitably lose possession of the ball at some point and you're going to want to win it back. Fortunately for you, there are several ways to do so. 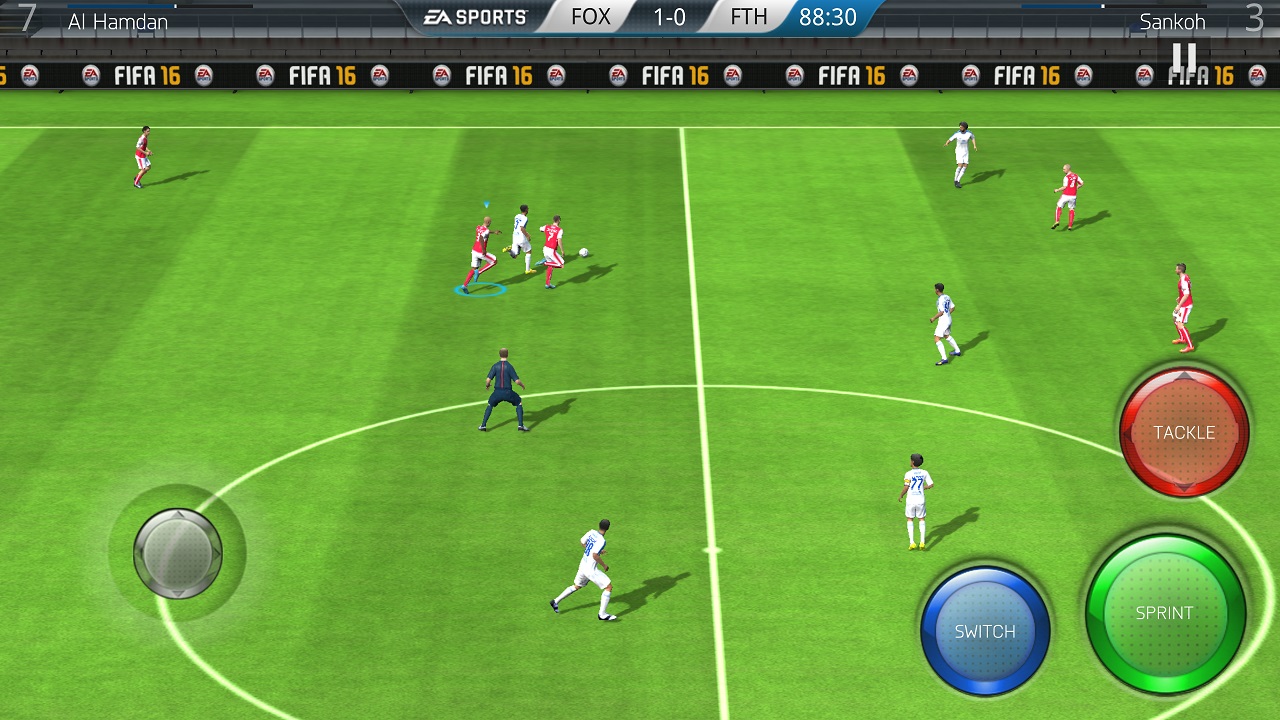 If you're new to FIFA, I'd recommend taking your hands off the virtual joystick and letting your players take over as soon as you lose the ball. That frees you up to make the tactical decisions.

You can still change which player you're in control of by pressing switch or tapping on them. That player will then immediately apply pressure to your opponent.

Now, it's important you choose the right man for the job. If you select your centre back when your opponent is outside the box you'll likely leave a massive gap when your defender runs out of the box.

Instead, bring your defensive midfielder or a winger into play and tap on the opponent to rush in for the tackle. At the very least, this will buy you time. 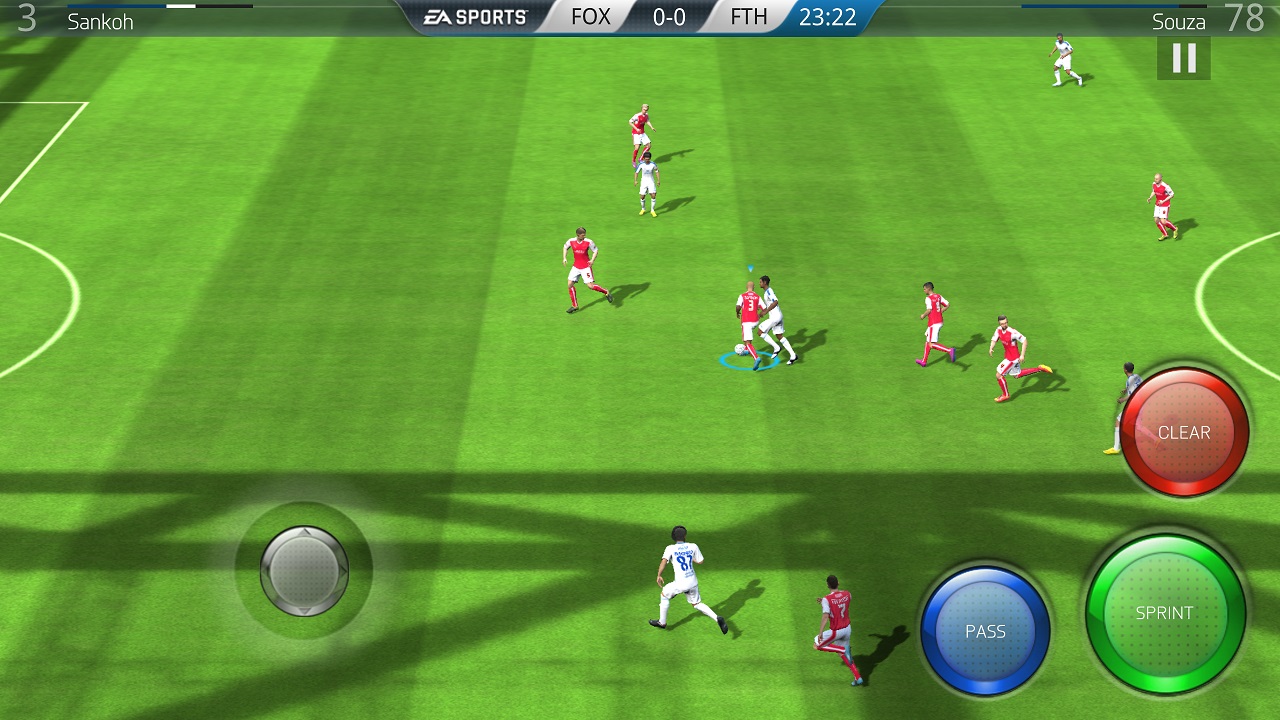 Should they get into the box, bring your nearest defender over to them immediately and manually tackle using the tackle button when the ball is exposed.

Make sure you're in a position to win the ball though as a miss-timed tackle can lead to a penalty and nobody wants that.

You can also use the tackle button to intercept passes if pressed at the right moment. We'd only suggest doing this deep in midfield or near their box as the time it takes you to recover from a miss-timed tackle leaves you a little exposed.

Want some tips for assembling the ultimate team? We've got you covered.
SEE COMMENTS