The phrase "you're all thumbs" has long been a byword for clumsiness, and anyone that's tried gaming on a touchscreen will know why.

With most of your hands holding the device, your opposable digits have all the work to do.

Biologically, they're marvellous things. But they're not quite up to playing Witcher 3 on a touchscreen.

This would seem an insurmountable problem for those of us unwilling to lug round a bulky and expensive controller with our phones. But if the rumours are true, a new feature in the to-be-announced iPhone 6S could be a game changer.

If you haven't heard of this, it's a pressure sensor for your touchscreen. So your phone can tell how hard you're pressing. One demonstration showed a force touch screen doubling for a pair of scales, for example.

It has many other worthy but dull uses. On the Apple Watch, where the technology debuted, it's used to access sub menus. Whoopee.

But we're here to wonder what it means for gaming. And what it could mean for gaming is nothing short of revolutionary.

Imagine the simple stuff first. Twin-stick shooters have rarely been anything other than clunky and frustrating on mobile. Force touch could do away with the need of diverting your thumbs from movement to use a fire button. Just press harder to fire. A bit harder still for an alternative fire mode. 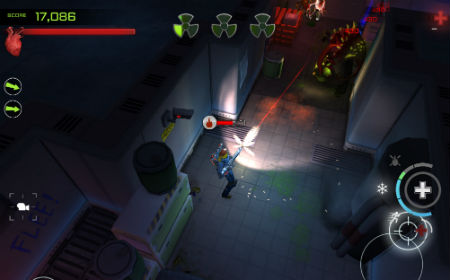 Developed and tested well, that model could you leave you strafing as gracefully as any gloating mouse and keyboard player.

Dig a bit deeper and the ideas become odder and more engaging. Racing games could respond to how hard you press the accelerator and break instead of how long. Driving simulations would instantly become much more realistic and fun as a result.

These aren't the only ways that new technology could make mobile gaming more like consoles. Because force touch doesn't just work one way. As you push it, it can push back at you. A sort of haptic feedback from the screen.

That has the potential to work just like the rumble effects built in to console controllers, allowing you to feel the game physically. Gunshots, footsteps, and explosions could all feed back through your fingertips.

However, force touch has the potential to go way beyond mimicry.

It could give us a puzzle game where clues included vibrating areas on the screen. A bit like the "hotter, colder" games of our childhood, it could let us know if we're homing in on an important location. The feedback would get more insistent the closer we get.

Mobile gaming as at its best, though, when it forgets about being like console and PC gaming and tries to be its own thing. That's where force touch has the potential to be revolutionary.

Pressure is something traditional control schemes struggled with. There's a nice tactile feeling in first-person games where you use a mouse or controller to reach out and pick something up. But it ends there. You either use the item, or put it down.

With force touch, however, you can squeeze it. Squash it. Maybe even shape and smooth it. 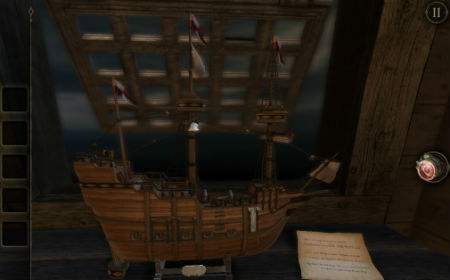 Think of an object based game like The Room 2, and wonder what it would be like it it could feel like you were really reaching in to the screen. Objects would respond with pressure, depending on their density. You could pinch or crush them with your fingers.

VR headsets aren't the only way to gain greater immersion in your video games.

If Force Touch is even real, it remains to be seen whether developers will be willing and able to harness this new level of power.

There's also the question of Android support. Up until recently this was an afterthought for many developers, but porting to Android is now common for big-name releases. So far the only high-end Android handsets to have anything similar are from Huwai. So the lack of force touch might make programmers think twice before using it in a game.

Given its potential application for power users of the operating system, however, other manufacturers won't be far behind. We'd be surprised if next year's Samsung models didn't sport the feature.

So although it could be a while before we see force touch really coming to the fore in new games, its arrival is pretty much inevitable. And when it comes, it's going to be a literal game changer.

#PGCHelsinki: Shadow Bug is in the top five at the Very Big Indie Pitch

#PGCHelsinki: Mind Fork is a minimalist Geometry Wars with a hint of Burnout

Where can I watch tonight's Apple keynote?

7 things that will absolutely definitely happen at today's Apple keynote