After its announcement yesterday, Capcom has confirmed that Ace Attorney 6 is in development for the west on 3DS - but that's not all.

The first details of Ace Attorney 6 have also arrived as scans of this week's issue of Famitsu magazine have made their way online.

According to Siliconera's translation, Ace Attorney 6 takes place in a mysterious country outside of Japan - a first for the numbered games in the series.

Apparently, the people in this country share a belief in dead spirits. 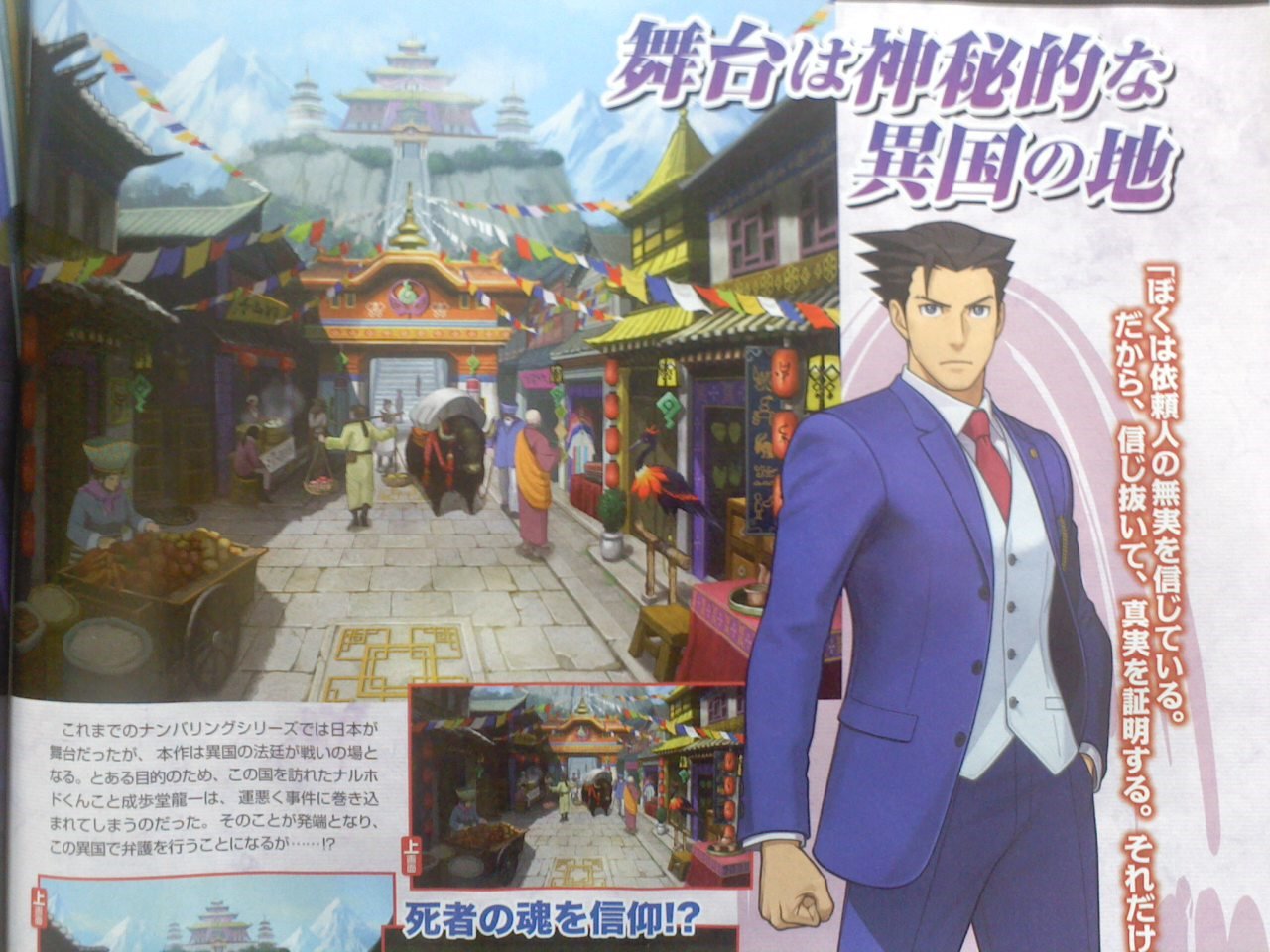 We mentioned in the announcement yesterday that Ace Attorney 6 will have a new game system that speeds up play.

Well, that may have been revealed, as the courtrooms in this country use a "Water Mirror." So when Phoenix Wright unluckily gets caught up in a case here he'll have to make use of it.

By the looks of the images of this mirror, when looked into it reflects images back at you - probably ones from the past - as well as related keywords. 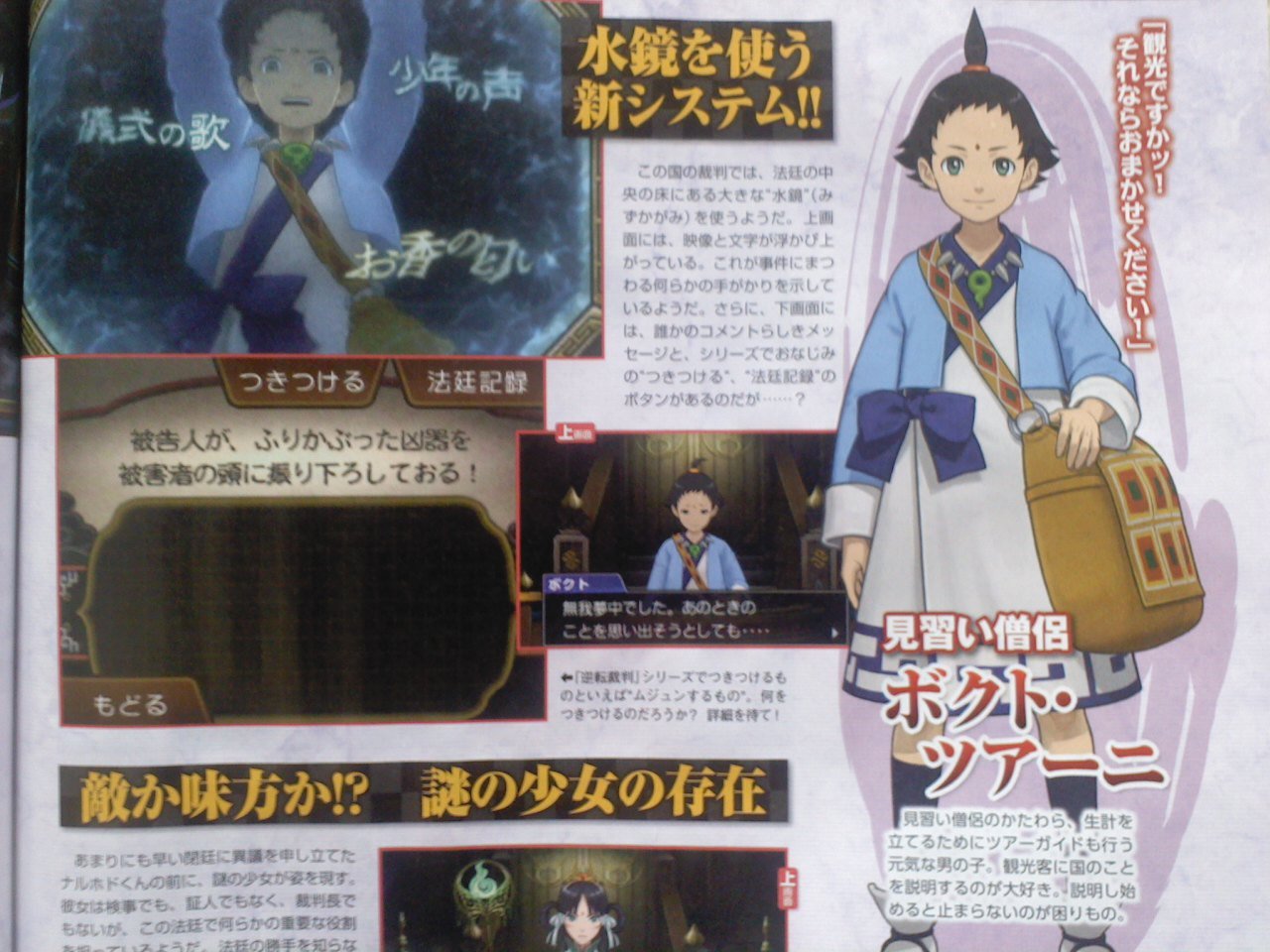 The magazine scans also reveal a tour guide and priest-in-training called Bokuto Tsuani. There's also a new female character shown but we don't know anything about her.

Hopefully we'll have more details on Ace Attorney 6 soon. We'll let you know as soon as we do.