Nintendo has announced that the standard-sized New Nintendo 3DS will be available in North America starting September 25th.

It'll be available in North America as a special bundle that'll cost you $219.99. That gets you the New 3DS, a copy of Animal Crossing: Happy Home Designer, two cover plates, and an amiibo card. 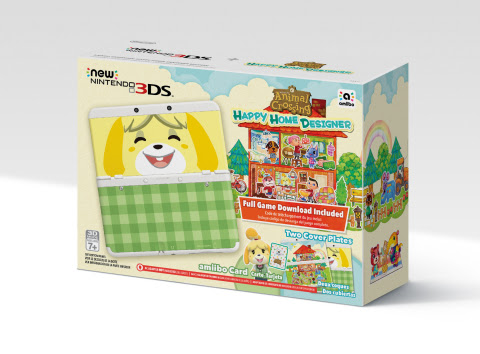 Unfortunately, reservations for the bundle are already sold out. So if you want one you'll have to hunt around after the release date.

In related news, Nintendo has announced a "Hyrule Edition" New Nintendo 3DS XL (note that this is for the big 3DS). It is gold-colored and features an intricate Hylian Crest on the front.

It'll be available exclusively at GameStop starting October 30th at $199.99 (although it's being sold for more than that at the moment).

That date has been decided upon to coincide with the launch of The Legend of Zelda: Tri Force Heroes. However, you don't get the game with your order of the 3DS XL.

The Walking Dead: Road to Survival challenges you to survive the perils of the graphic novels