Swap Cops is the next causal turn-based strategy title from Savory Games, coming to iOS next week.

Similar to the Silver Award-winning Swap Heroes 2, you control a team of four heroes, switching their positions to defeat rows of enemies and use special abilities. 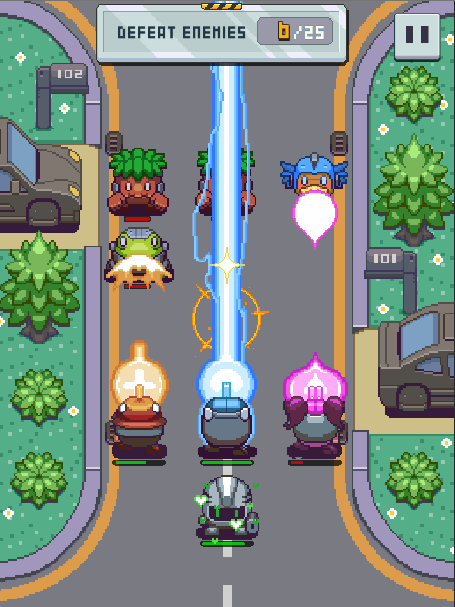 While the Swap Heroes games were fantasy-themed, Swap Cops brings the strategic action to the future, where you blast enemies with lasers and other high-tech weapons.

Swap Cops will feature twelve cops to choose from, each with their own unique abilities, and endless missions.

Swap Cops will be free to download when it releases for iOS on September 2nd.