Horizon Chase - a self-described love letter to arcade racers of the '80s and '90s, and a prize winner at our Big Indie Pitch event in Cologne - is out now on the App Store.

It feels like Out Run. And while it doesn't look exactly like Out Run, those bold colours and chunky polygonal cars are meant to evoke 16bit graphics, without actually being pixel art.

Even more authentic is the soundtrack, composed by veteran game musician Barry Leitch who did the tunes for classic arcade racing games Lotus Turbo Challenge, Top Gear, and Rush. 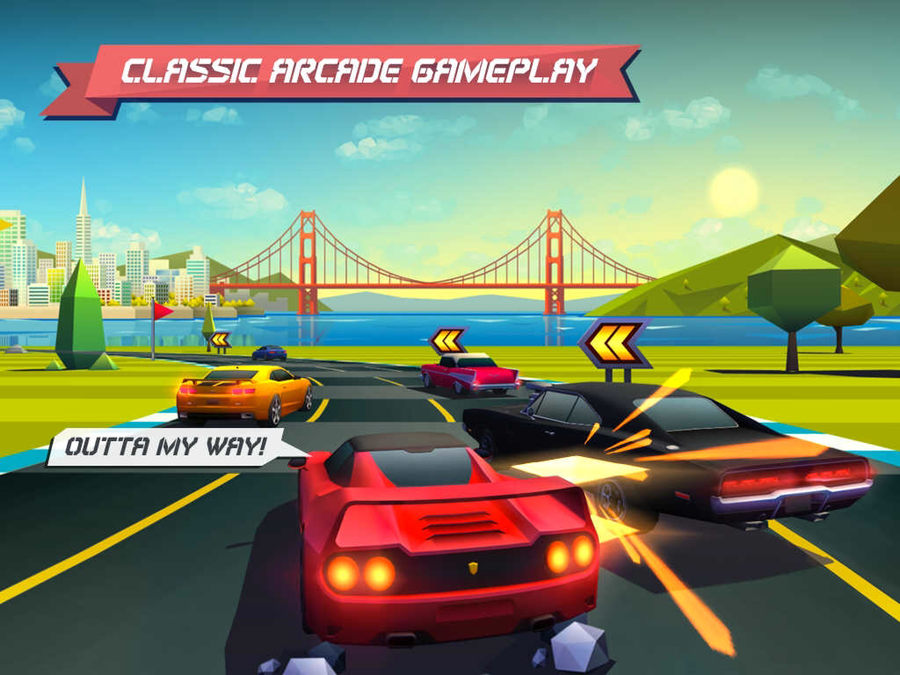 The game has a huge campaign with 73 tracks in 32 cities - or you can compete with friends in multiplayer modes. It also has a roster of 16 unlockable cars, but don't worry: there are no in-app purchases here.

Horizon Chase also has MFi controller support, and a bunch of touchscreen options.