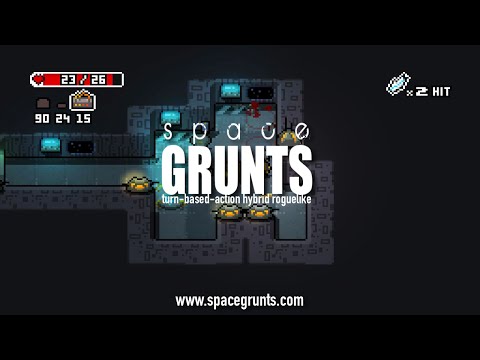 Subscribe to Pocket Gamer on
Orangepixel is well known for its fast-paced action and platforming, from games like Gunslugs and Groundskeeper to Heroes of Loot. While a turn-based game may sound like a radical departure for Orangepixel, Space Grunts' tactical gameplay feels just as arcade-y as the developer's previous work.

Space Grunts is slated for released on Steam and mobile in 2015, but for this hands-on, I've been playing the recently released beta on PC.

In Space Grunts, you choose from a selection of classes, each with different stats, before being air-dropped onto a moonbase filled with enemies and hazards. 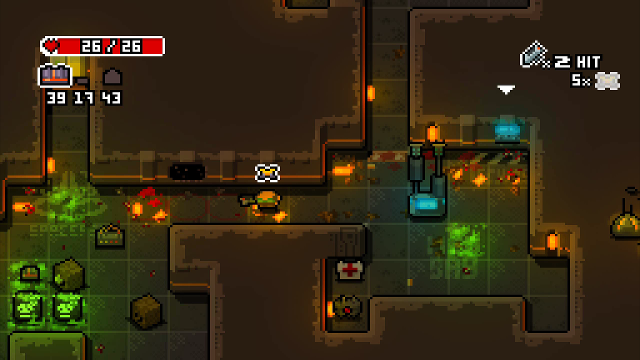 Orangepixel's signature pixel art style remains intact, but rather than dual stick shooting or frenetic running-n-gunning, Space Grunts' action is turn based. Your character moves one tile at a time, and both you and your enemies move simultaneously.

Danger abounds within Space Grunts' levels. From leeches that drain your health to gun-wielding soldiers, enemies can quickly overwhelm you if you're careless. Moving past environment traps like flame jets must be carefully timed to avoid damage. 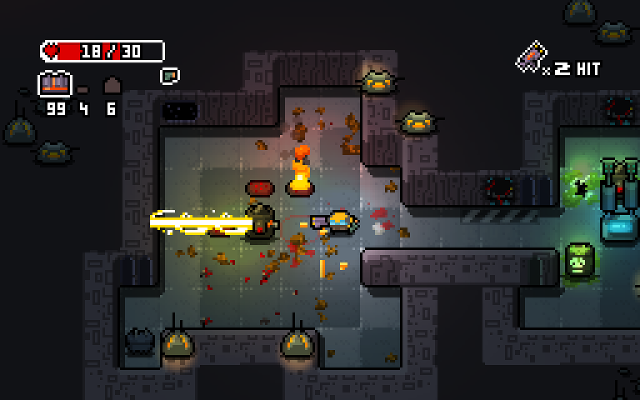 But the tools at your disposal are equally varied. Your arsenal ranges from a single-shot blaster to a grenade launcher, and myriad items can be found throughout each level. These items include mines, damage absorbers, EMPs, cloaking, double and triple shots, among other buffs and skills.

Using the best items at the right time can turn the tides when dealing with powerful enemies and crushing odds. 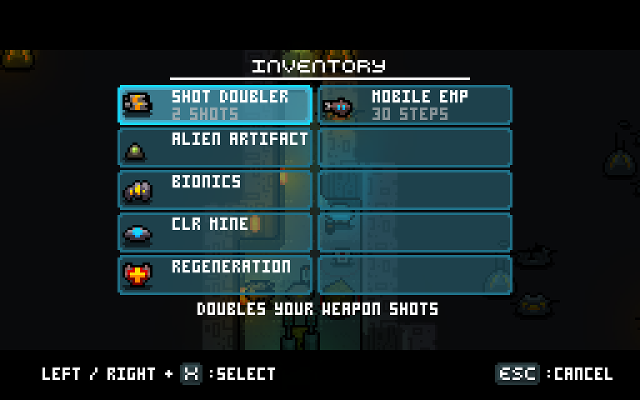 Space Grunts isn't all action though. Datacards found through the game let you access CPUs for information on enemies, the story, and gameplay hints.

Space Grunts is nearing completion; the developer is currently working on the ending, adding new weapons, enemies, and items, and balancing the gameplay. Ideally, release is planned for September, but the game may be pushed to early 2016 to avoid the autumn deluge of AAA titles.

You can learn more about Space Grunts on its website and SlideDB page.

How to make a clan in World of Tanks Blitz