Horizon Chase, Dungeon of the Endless, Dead Synchronicity and more are due this week

A look ahead to this week's new releases

A whole bunch of games are due to arrive on mobile this week, including 90s arcade tribute Horizon Chase and the next episode of Tales from the Borderlands.

Here's what we know is coming (subject to last minute changes in schedule). Keep an eye on Pocket Gamer to know when they're available to download on iOS or Android.

"The Guides is a series of single screen puzzles, each one unique, often based around recognising patterns and cracking codes". It's due on iOS and Android on August 17th. Sounds like we should do a guide for The Guides.

Read more: The Guides is a super-tough puzzler cloaked in a mystery wrapped inside an enigma

Dungeon of the Endless

"This much-celebrated genre mash-up channels FTL, XCOM, and tower defence. It sees you crash-landing on a hostile alien planet and attempting to escape through a 12-storey dungeon, room by randomly generated room".

This one was well-liked on PC. iPad gamers will get to see what all the fuss is about on August 20th.

Read more: Unforgiving roguelike mash-up Dungeon of the Endless is coming to iPad this summer

"Horizon Chase is a love letter to arcade racers from the '80s and '90s. Think Outrun, especially. But it has been given a modern sheen and seven different control methods (from tilt to gamepad)".

This slick racer took home third prize at our most recent Big Indie Pitch event in Cologne. It's out on August 20th on iOS. 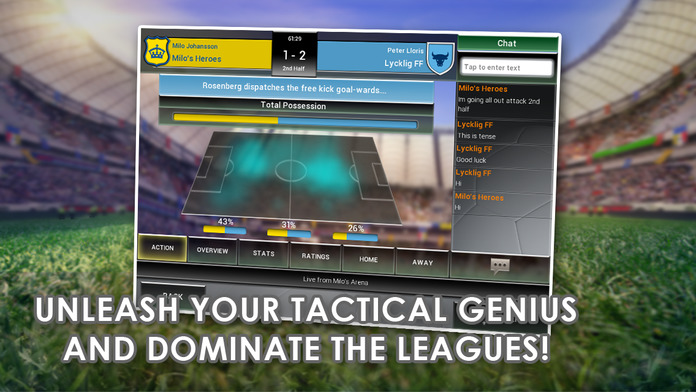 This new version of Champ Man is focused on multiplayer, and free to play. As ever, you'll get to sign thousands of real life players from more than 440 clubs, as you train your squad, set up tactics, and try to defeat other players on the pitch.

All-Stars is currently in soft launch, and Square Enix says the game will go global on August 20th.

"The game has you running through puzzle dungeons by swiping to change the direction of an auto-running rogue from a top-down view". Sounds like an interesting twist on an increasingly stale genre.

Tweets from the game's creator suggest that it will hit the App Store this week if Apple approves it. An Android edition will follow afterwards.

Read more: Swipey Rogue will supply you with endless trap-filled dungeons to puzzle through next month

"You play as a luminous jellyfish at the bottom of an oceanic abyss. Your task is to weave through the narrow workings of the caverns to find light sources. You need this light in order to live a little longer, so it's a constant race against time".

We last wrote about this enigmatic game in 2014, but it's finally ready for release. It will hit Android on Sunday, August 23rd - but the iOS version will be a week late, on August 29th.

Read more: Seashine is a frightening, poetic swim around the bottom of the ocean, coming to iOS and Android soon

Tales from the Borderlands - Episode 4 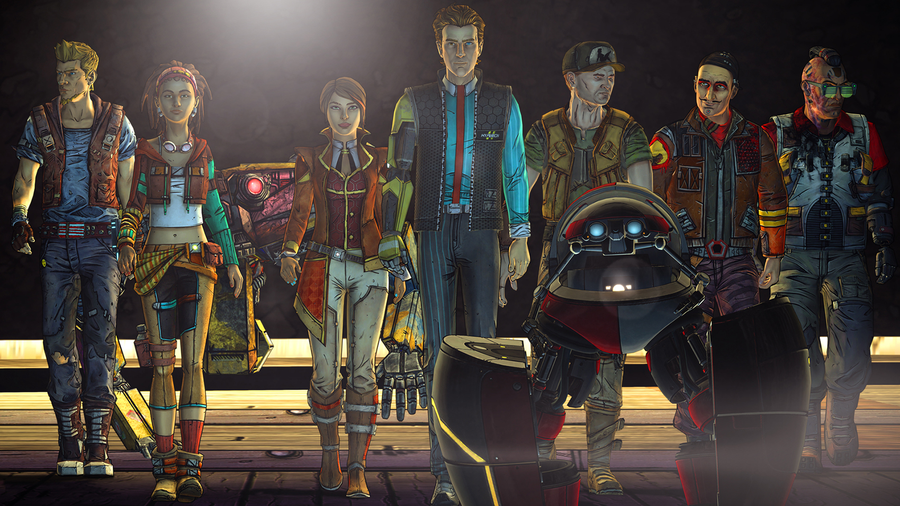 "As Rhys and Fiona have been captured by Vallory and her goons, they're forced to continue the search for the Vault beacon at gunpoint. Turns out that it's on the Hyperion moon base, Helios. To get there they'll need to traverse space… which isn't something that can be done casually".

That's the plot of Escape Plan Bravo, the penultimate episode in this Telltale series. The Tales from the Borderlands app will be updated with the new story, on both iOS and Android, on August 20th.

Read more: Get your first look at Episode 4 of Tales from the Borderlands, out on August 20th

A stealth game about breaking free from a snowy prison. "While it does concern steel walls and hardened criminals, Winter Fugitives is wrapped up in a friendly-looking, quasi-graphic novel art style, making it pop in the screenshots".

Expect it on both iOS and Android on August 20th.

Read more: Think you can escape an isolated prison? Winter Fugitives will test you on August 20th

A 2D adventure game set in a dystopian land in which humans are falling ill, and turning into the ghastly "Dissolved". And also another Big Indie Pitch winner - this time from Bilbao in Spain.

You'll be able to try this one on iPad on August 20th.

"Glow Monsters is a Pac-Man style puzzler that challenges you with eating all cubics while avoiding monsters. The game is played on a mini-maze and you'll have to rotate a series of bridges to avoid monsters and consume all cubics".

It's the latest outing from Crescent Moon and will be with us on August 20th. The game is for both iOS and Android, but we'll wait to see exactly when it hits each platform.

There's another game coming out this week, but our lips are sealed by embargo for now. Keep your eye on Pocket Gamer to find out more.

Super Meat Boy Forever is back in development, as Edmund McMillen finishes up Fingered

Developers! How to tell Pocket Gamer and AppSpy about your game