Collection is a fantasy roguelike platformer in development for iOS and Android.

The game sees you traversing room after room through dangerous dungeons crawling with bats, ghosts, vampires, powerful undead, and other enemies.
Your character auto-attacks enemies when in range, so combat focuses on evasion and choosing the best weapon for an encounter, as different weapons have unique attacks and uses.

New items, armour, spells, and weapons are littered around for you to hoover up as you progress. To aid your dungeon crawling, you can also recruit companions to fight by your side, and perform tasks for gods to gain unique perks like blessed weapons or transforming into a lich. 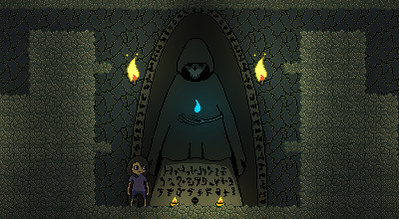 Collecton is still relatively early in development, with a release planned for next year. The game will be coming to iOS and Android devices, as well as PC, Mac, and Linux. You can download an early build here.

Fallout Shelter will finally get an Android release next month