Sheep, rocket boots, guns, and Pac-Man - a normal week, then

Divide By Sheep
By Bread Team

Then you'll love Divide By Sheep – even if you don't like maths.

This woolly puzzler is all about saving the right number of sheep from the Grim Reaper. You do this by using the maths bit of your brain – oh and giant lasers, did I mention those?

Those red beams of fun are needed to bump off any sheep that won't fit in your life raft. Brutal.

With a name like Vault!, this game could only be about one of two things: breaking into banks, or using poles to jump.

Nitrome decided to go for the latter, and luckily for us, it's excellent. This 2D endless vaulter is about timing your pole-powered leaps to get over the gaps in the path ahead.

And you don't even have to break the bank to get it: it's free on Google Play now. 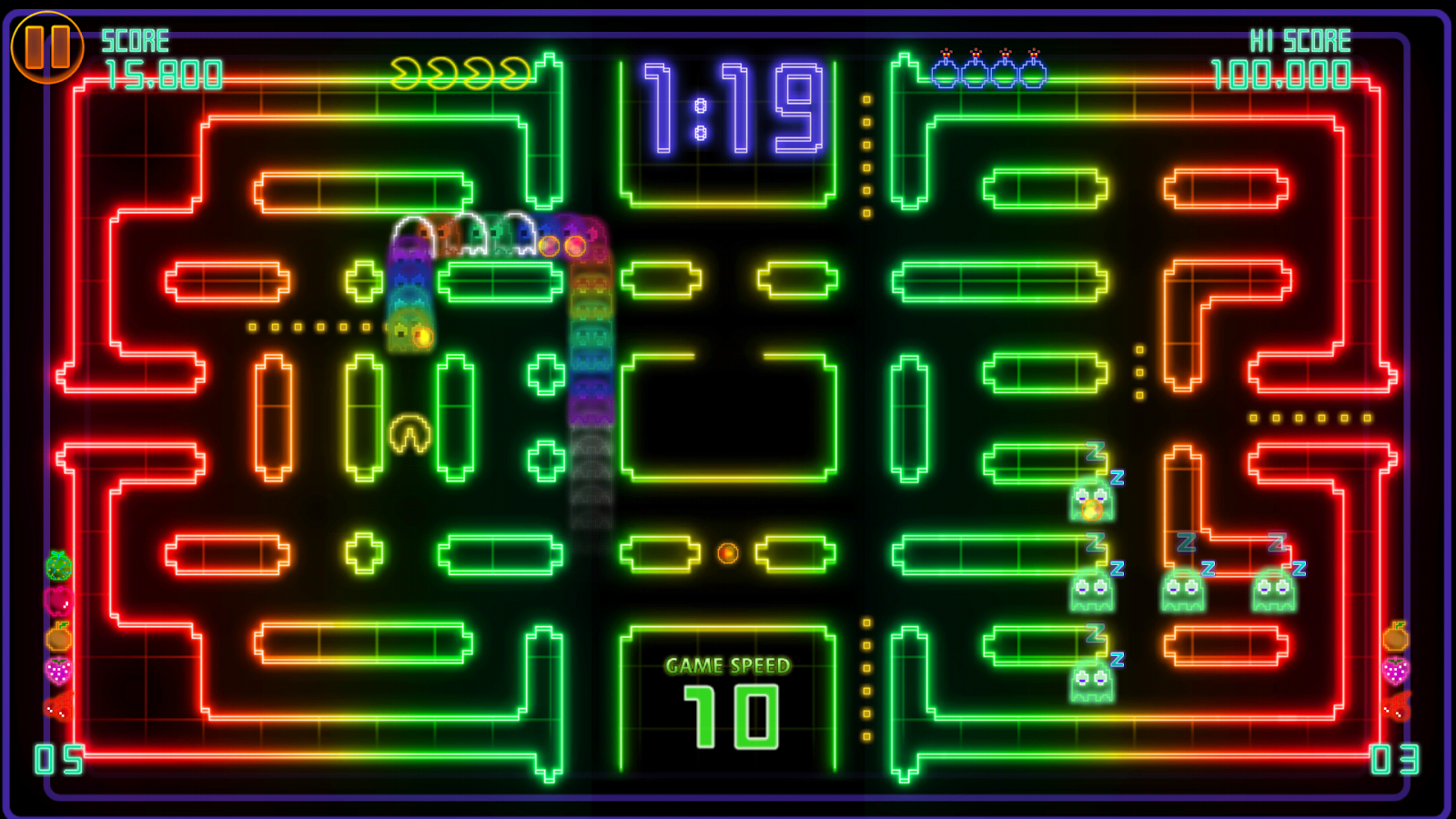 Pac-Man Championship Edition DX is quintessential Pac-Man, but with a twist: instead of avoiding those pesky ghosts, you have to stomp around the place, waking them up, getting them to chase after you.

Then, when you're satisfied you've woken the whole spectre street up, it's time to turn round and eat as many of them as possible.

To ramp the difficulty up a notch, the game also speeds up as you progress.

After dropping the free-to-play constraints of the soft-launched version, Pac-Man CE DX is now a premium title, priced at £3.84 / $4.99.

Deadlock: Online came to iOS way back in 2011, and we were immediately impressed with it.

Now, four years later, the multiplayer twin-stick shooter has finally made the jump to Android. Only now will the tiny army people experience the gentle touch of an Android user.

You can grab the military blaster for free now on Google Play.

Another game that came to iOS a while back – five years ago, in fact – Super QuickHook is all about swinging around a mountain with a grappling hook. As you do.

There's also some freezing streams and lava pits to avoid whilst you're there. If you're feeling disheartened by this holiday pitch, how about some rocket boots?

Now that I've got you back on board, you can grab Super QuickHook on Google Play for £1.91 now.

Want more? Check out our growing collection of Divide By Sheep articles!

Legions of Steel - Slow and Solid