Out now: Ticket to Ride studio brings popular board game Splendor to mobile with a new Challenge mode

Days of Wonder (Ticket to Ride) has launched its mobile adaptation of popular board game Splendor on iOS and Android.

It's a turn-based multiplayer card game in which you attempt to get the biggest gem network and become the most influential of the wealthy Renaissance merchants.

You do this by building up Prestige points and to do that you're going to want to be a bit nasty.

You'll be exploiting mines and caravans as much as you can while also hiring craftsmen to leverage their influence with the nobility.

Days of Wonder has attempted to recreate the look and feel of the board game with this digital adaptation. Hence it's played on a tabletop with cards and chips. 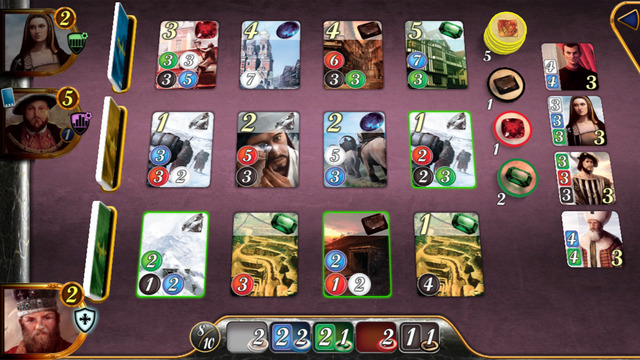 There's a solo mode, but also a pass and play mode for between two to four players.

Plus, a new Challenge mode has been added, which is compared to "chess puzzles." They put in a preset situation and give you a specific goal to reach. You have to work out how to do that.

Missed our Splendor stream last night? Don't worry, you can catch up here

Grab your polishing brushes and your eyepiece, because our live Twitch stream of Splendor is coming up soon