It's Thursday and that means an influx of new games on the App Store. Too many to write an article each on. So, instead, here's a roundup of the best of the rest out of this week's new releases.

You've got to dodge asteroids, and deal with UFOs and giant space monsters, all in order to prove yourself as a pilot. It's a one-touch fusion of shooter and endless dodger.

Animal Wrestler
By GREE - Free
Subscribe to Pocket Gamer on

Take the pull and fling mechanics of, say, Angry Birds and put it in a wrestling ring. You have hamsters, bears, rabbits, and turtles to select from, using the ropes to launch them at each other.

You have an angry-- nay, a furious armadillo at your disposal here. This armadillo can't be dealing with coloured blocks. So you steer it as bounces its curled up shell around environments to destroy every block in the way.

You have to tap at the right time to get the square from the bottom to the top of the screen. Problem is, at the centre of the screen, a spinning set of shapes provides only a narrow opportunity for safe passing.

Expanding on CivCrafter, CivMiner takes the other part of Minecraft's name into consideration. You tap to dig through cubes of dirt, discovering new minerals, and naming them yourself.

Look, I thought this was silly too, at first. But it actually has a decent challenge. You have to type out text messages on a virtual keyboard while also steering a car so you don't crash.
Guardian Hunter
By NHN Entertainment - Free
Subscribe to Pocket Gamer on

Learn the attack patterns of monsters to dodge them. Once defeated, they'll turn into guardians, and everyone will be happy. Oh, and it's endless, so it'll just keep going.

Retro-style arcade arena action is all up in this. It has one-touch controls and has you battling through dungeons, shooting swords, all in order to get the king's treasure back.

Puffero
By Playpax Games - Free
Subscribe to Pocket Gamer on

The idea here is to use your gusty snout to blow away the pesky poisonous creatures that fall from the sky away from your base. Neat animations.

Wakfu Raiders
By Gumi - Free
Subscribe to Pocket Gamer on

Based on the online game WAKFU, here you collect characters and engage them in tactical real-time battles. Combo their abilities for big attacks and beat weird creatures. Also has PvP as it should. 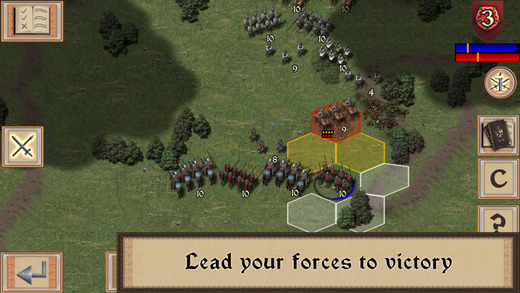 Another historical strategy game from HexWar. This time you're battling through the various conflicts in medieval England for the throne.

The Executive - An awful lot of silly arcade fun